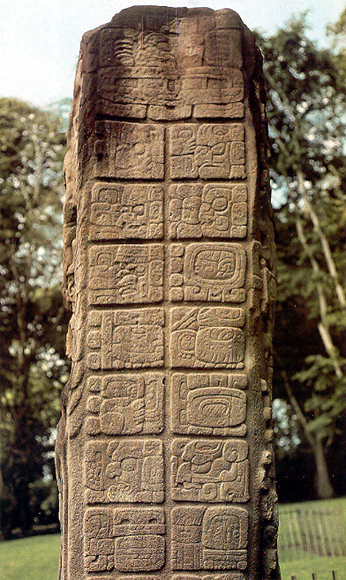 The third significant calendar used in Mesoamerica is the Long Count Calendar.  This is the big one.  This is the one best known as the Mayan Calendar, a version of which is still being used by the Quiche Maya today.  It’s the calendar blamed for 2012’s anticipated apocalypse, or celebrated for the coming new age of humanity’s evolution.

Recently archaeologists discovered the earliest known Mayan record of the Long Count Calendar in Guatemala dating back to 800 AD.  However, evidence of the calendar’s use by pre-Mayan cultures date clear back to 37 BC.  The fact that the Quiche Maya still use a version of it today speaks to the calendar’s longevity, but 2,000 years isn’t even half the story considering one full cycle of the Long Count Calendar is 5,125.36 years.

The Long Count measured this incredibly long cycle in Kins, Uinals, Tuns, Katuns and Baktuns, in that there were 20 Kins (days) to a Uinal, 18 Uinals to a Tun, 20 Tuns to a Katun, and 20 Katuns to a Baktun. 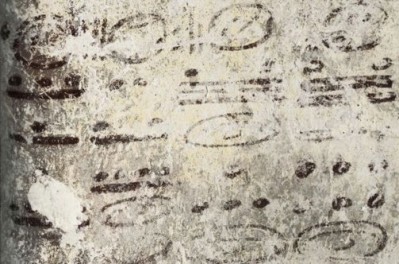 It takes 13 full Baktuns to complete the 5,125 year Long Count cycle, and when calculated backwards, the very 1st day of the current cycle was August 11, 3114 BC.  Neither the Mayan culture or even the pre-Mayan cultures existed in 3114 BC, which makes one wonder how the Long Count Calendar was calibrated in the first place.

In short, we’re looking at yet another astronomical calendar measuring time based on careful observations of the movements of heavenly bodies, or precession.  Nobody knows just how long people had been studying the stars before they recognized patterns in their movements and then focused those patterns into the Long Count Calendar.  But armed with the knowledge that the Mayans were acutely interested in the Milky Way, one begins to realize that their Long Count Calendar was not created with the origination date of 3114 BC in mind.  Instead, the Long Count Calendar was configured from this cycle’s end date – December 21, 2012.

To really get a grasp on the significance of this end date, we’ll take a look at the astronomy of December 21, 2012 next.