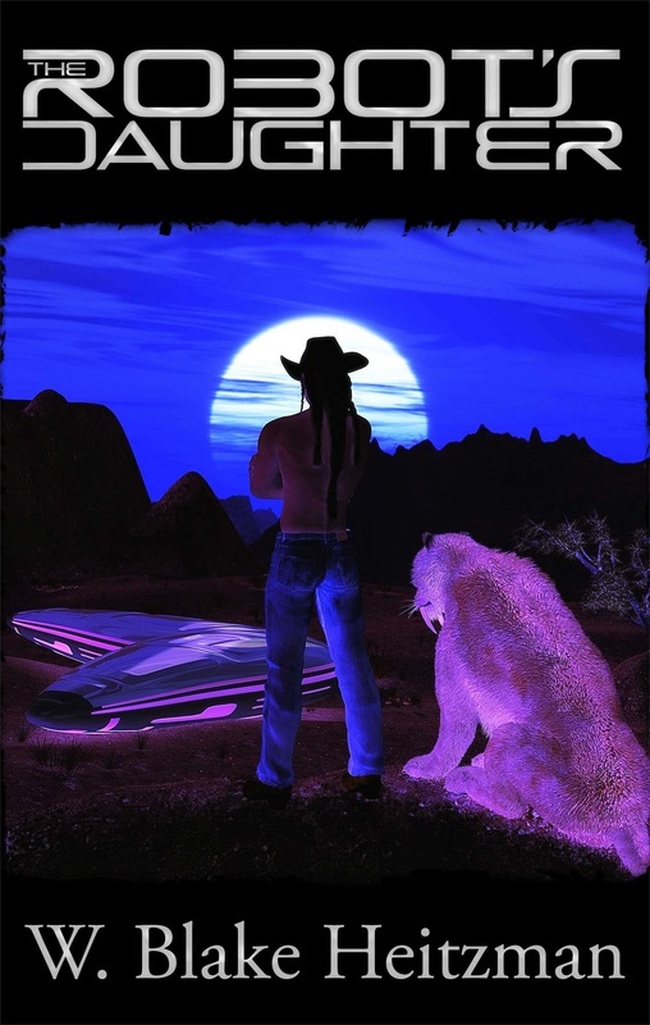 W. Blake Heitzman's, The Robot's Daughter, presented a challenge from the initial planning stage; my and Blake's first live chat on the contact page on my website.

In the end, Blake and I decide to choose a key, turning-point scene, that didn't also mimic what the title implies, allowing the title to offer a separate clue than the visual does ...

We also wanted to have a female-reader-friendly cover.

Sci-fi is predominantly a male genre. We knew anything about robots and spaceships would attract the guys, but we wanted something to catch the female eyes, as well. What better than a half-naked, modern day South-West Native American in jeans, boots, and cowboy hat alongside his furry, shape-shifting spirit-companion?

The biggest challenge? The lighting. Nighttime scenes are tricky to begin with, but nighttime scenes with a glowing spaceship that lights the environment is even trickier. The trick? LOTS of drafts and cussing ... lol.

From distant regions of the galaxy to the offices of the world’s most advanced corporation a war rages between good and evil, but for the robot’s daughter the horror comes from within.

Thank you, both. The pallet and lighting was quite tricky :D

Awesome book cover! The colors and the lighting work quite well :-)