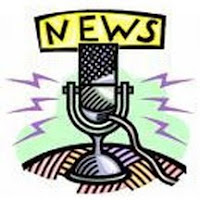 So what have I got to offer you in this weeks "Views, Reviews and Weird News?

Firstly my book is now available at Book Stores!

I've received some heartwarming views and reviews from readers and have some classic weird news to share.

"Across the Pond was an amazing book that I imagine all teens would want to read. I was wondering if you would consider writing a second part all about Brits journey to England. I would almost bet that if you continued on with this as a series you could have the same effect as the Sisterhood of the Traveling Pants series. Also I was wondering what your radio show is about. Thanks for letting me review your book."

"Teenagers will adore this little gem which promises to hold your attention throughout. It is light-hearted yet with undertones of passion."

I have not only reached the grand total of "NINETY" reviews at Amazon during this last week, but also have several fantastic reviews on other sites.

This weeks we have some classic weird news

The traditional throwing of a bride's bouquet for luck ended in disaster at an Italian wedding when the flowers caused a plane to crash.

The bride and groom had hired a small plane to fly past and throw the bouquet to a line of women guests, Corriere della Sera reported.
However, the flowers were sucked into the plane's engine causing it to catch fire and explode.
The aircraft plunged into a hostel. One passenger on the plane was badly hurt.
But about 50 people who had been in the hostel escaped unscathed, as did the pilot.

The incident happened at Montioni park in Suvereto, near Livorno, where the wedding reception was being held, Corriere della Sera said.
A passenger on the aircraft, named as Isidoro Pensieri, 44, had the job of throwing the bouquet as pilot Luciano Nannelli flew past.
It is believed the bunch of flowers became entangled as it was thrown, and was sucked into one of the engines.
Ms Pensieri suffered multiple fractures and a head injury. She was taken to hospital in Grosseto by helicopter and then transferred to another in Pisa, Italian media reported.

Author of Young Adult Romance/Fiction book
"Across the Pond"