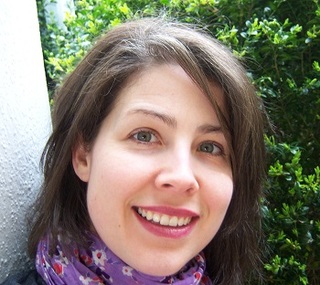 One reaction I've run into frequently after writing/publishing my Viking historical novel is, "I wouldn't have thought about reading a Viking book, but I loved it."

Why are some people initially averse to reading about Vikings? Well, for one thing, it's a practically untapped time period in the Christian publishing circles I run in, so it's not something familiar, like, say, Regency-era books. When my novel, God's Daughter, was out on submission, the consistent response from traditional publishing houses was, "Nice writing, but we can't market Vikings." I eventually decided to self-publish, since I believed the interest in Vikings was there—look no further than Pinterest and you'll find a large and active Medieval/Viking-loving contingent.

I also think part of this hesitation is a misconception of Viking history. After all, in cartoons and many Viking movies, we see the plundering, violent side of Vikings portrayed. And no doubt, they were ruthless in many ways. However, after much research and saga-reading, I feel we have to see the other side of Vikings—that they had families, dreams, and goals, just like we do. 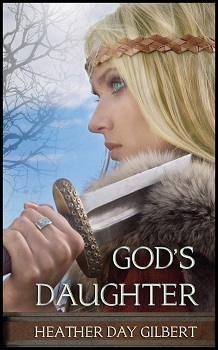 My novel is based on the true story of Gudrid Thorbjarnardottir, who sailed to North America with her trader husband. Yes, Gudrid's group of Vikings did get into battles with the Native Americans, but the violence was mutual, so to speak. They were two warring people groups, both determined to protect themselves and what they held dear.

I wanted to show the very human side of Vikings. Gudrid was a healer and a nurturing person. She struggled with many of the same issues wives do today. And Gudrid was even a Christian, according to the sagas—a Christian not afraid to stand up for her faith in the midst of a pagan people.

I truly hope the novels in my Vikings of the New World Saga will bring this legendary time period to life for readers. I'll share a few reviews for God's Daughter that seem to indicate it's hitting this mark:

"I must admit that I was a little wary about the genre of this historical fiction, but all my concerns melted away after reading only a few chapters. I was impressed with the character development, the fact that she didn't shy away from the harsh realities of life for Viking women, but also how the main character deals with a lot of the same emotional issues that some women today must face."—First Time E-Reader

"I tend to read historical fiction about the ancient Roman empire and the legions. You can tell this type book is quite a departure for me. What drew me into reading it is I am half Viking. Most Christian books are preachy, romantic, and dull. While there is Christianity in this story the book is more about the Viking way of life and how Gudrid was very much the backbone of her family and what living back in that time entailed."—N.M. Cox

"This book comes from a genre that I usually wouldn't have been interested in reading but, BOY am I glad I did! The characters are well formed and lovable and I got into it right away and then stayed up way past my bedtime for three nights because I didn't want to stop. This would appeal to anyone who loves a good story!"—R. Poole

I truly hope this time period will become more and more popular, especially among Christian readers. It's important to understand the positive impact Christianity had on the Vikings at this time (circa AD 1000). I would love for readers to check out God's Daughter on Amazon here.

Thank you for letting me visit your blog, Giovanni! Looking forward to our radio interview!

Heather Day Gilbert enjoys writing stories about authentic, believable marriages. Sixteen years of marriage to her sweet Yankee husband have given her some perspective, as well as ten years spent homeschooling her three children. Heather is the ACFW West Virginia Area Coordinator.