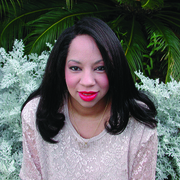 Constance Victoria Briggs is a researcher and writer on metaphysical, spiritual, and paranormal subjects. Her fascination with the world of the unseen was sparked early in life by her own mystical out-of-body experiences and communications with the other side. She lives with her family in Southern California.

Did you know Tony Bennett, Ernest Hemingway, and Carl Jung all had near death experiences? Or, that evidence supports Abraham Lincoln used spiritualism during the Civil War to obtain military information? Have you ever experienced bilocation or wondered about the difference between clairvoyance, clairscentience, and clairaudience?

In an A-Z format (from Acheron to Zoroaster), Encyclopedia of the Unseen World provides a fascinating trip to the world beyond the known. You’ll learn of historical figures and contemporary celebrities who have reported contact with the unseen. You’ll learn the difference between protoplasm and poltergeists; about fairies, gnomes, shadow people, lares, Thanatos, earthbound spirits, orbs, Mors, and old souls -- and the practices and divinatory arts that have been used for centuries to tap into the world beyond the known.

Shakespeare called the world of spirits, the realm that we inhabit after death, the “undiscovered country.” Now, in her Encyclopedia of the Unseen World: The Ultimate Guide to Apparitions, Death Bed Visions, Mediums, Shadow People, Wandering Spirits, and Much, Much, More (Weiser Books, August 2010), Constance Victoria Briggs says, “That country, by the way, is no longer undiscovered.” Tonight, Constance joins us to discuss her work and writing.