While the front covers may look "pretty" the back of the book is very influential in selling your book. When I start to write my book, I create a "mock" back cover. If what I am writing about is not interesting enough to put on the back cover and make people want to BUY the book, then I need to re-focus my thoughts or my outline.

So we're giving you free reign here to post the BACK COVER of your book (front covers will come later...) Just upload an image of the back cover and make it large enough that we can read it. I recommend about 400 pixels wide by 619 pixels high, for the average 5.5 8x8 inch book. 72 pixels resolution will help too!

Looking forward to your covers...
You may just get some grand advice on how to improve it for your next printing!

Permalink Reply by Tracy Krauss on September 4, 2010 at 1:12pm
AND THE BEAT GOES ON - back cover blurb
Canadian born archeologist Mark Graham unearths a remarkable discovery while at a dig in the mountains of Zimbabwe – pterodactyl remains and giant human bones buried together. Speculation leads to the possible existence of a mythical race known as ‘Nephilim’, a pre-flood people alleged to have descended from both gods and men.

But skepticism and sabotage delay Mark and his team as the dig site is compromised, putting their discovery – as well as his very life – in grave danger. Deceived and framed by trusted friends and colleagues, Mark struggles to safeguard his findings and protect his reputation in order to unearth the mystery behind the Nephilim.

Permalink Reply by Patricia Myatt on September 4, 2010 at 4:03pm
Like to cover is www.keepingupbooks.com. I don't mind feedback.
Attachments:

Permalink Reply by Lisa Copen on September 4, 2010 at 5:24pm
Book cover is below (looks a bit plain on its own, the front is really colorful). Beyond Casseroles: 505 Ways to Encourage a Chronically Ill Friend 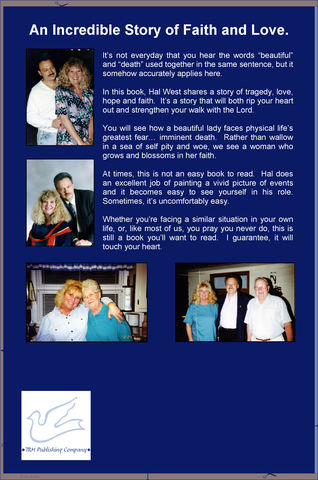 This is the image of the back page of my book. It is also shown on my profile site. The publisher did the layout of the back cover. The front was based on my idea of what I wanted. Hope some of you more experienced writers will read my book and let me know what you think.

Permalink Reply by Grace Brooks on September 5, 2010 at 9:57am
Back cover blurb

Korah Asquinn just wants pace and quiet so he can study and successfully complete grade ten.

This is another book on The Asquinn Series. The years have passed and the children on The James Bay Frontier have grown up and raising families of their own. The twins are now fifteen-year-old Ted and Korah Asquinn.

It was the first day of school for Korah Asquin. Korah's family has been chosen as a host family for the exchange student, Greg Freeman, another fifteen-year-old grade ten student from Australia.

Permalink Reply by S.E.Gregg on September 5, 2010 at 5:42pm
Thank you for this blessed opportunity.
For more information and to purchase my book:The Christian Olympics, go to:www.Christianolympics.org 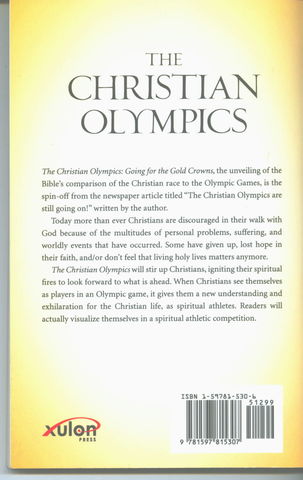 Permalink Reply by Grace Brooks on September 5, 2010 at 6:28pm
The Asquinn Twins and The Lynx
I welcome feedback on this back cover blurb as well as The Exchange Student. Thank you.
Back cover blurb

Ted and Korah, the Asquinn twins, trusted Chief Ranger Blaine to guard the forests and the creatures that live there. Imagine their heartache when they twins find out Ranger Blaine does not deserve this trusted position.

The Asquinn Twins and The Lynx

School is out. It is the 24th of May long weekend and the children attending Golden Ridge Baptist Church School are on vacation for four days. The Twins, fifteen-year-old Ted and Korah Asquinn, are not looking for extra excitement when they find a lynx kitten in the woods all by itself. The twins and their friends believe poachers have captured the mother.
Kirby Weston, and Hugh Burgess are sixteen-year-old school drop outs looking for a easy way to make big bucks. They think their world is made when both boys get involved with the poachers.
The twins and their friends find Ranger Blaine, in a trusted position as the Chief Forest Ranger for the Forest Lake area, is not the guardian of the forests and wild animals that inhabit the forests, is not the guardian of the forest as he should be. Instead, he is the head of the poaching ring, which holds the mother lynx captive, ready to be shipped off, for big money, to a zoo. The poachers want the lynx kitten, also.
The twins work together to make sure the poachers do not capture the baby lynx and at last mother and kitten are released together back into the wild.
The poachers are captured and sent to jail.

Buy this E-book at:

Permalink Reply by Amanda Stephan on September 6, 2010 at 9:35am
Thank you Lisa for all the hard work and time you put into this site. What a blessing for the Ideas-Inhibited like me! :)

Beaten and betrayed by the man who professed to love her, Carly Richards is on the run. Stalked without mercy and forced to be a fugitive, she's unable to settle anywhere for long. It's only a matter of time before he finds her again, preventing her from reaching out to anyone other than her God.

Hiding in a small town and reluctant to trust anyone, she resists the kindness of those around her ~ especially handsome farmer Joe Baird. Tall, dark, and handsome, he begins to creep into her softening heart. 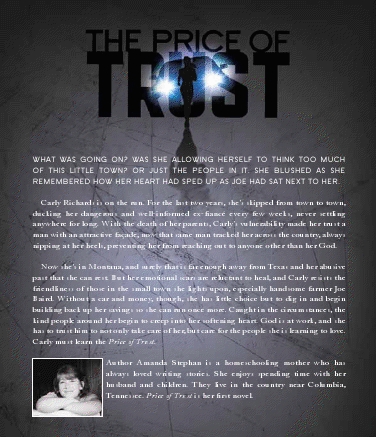 Under The Kudzu can be purchased from Goose River Press, Amazon.com, or www.nellotieporterchastain.net.
Attachments:

Permalink Reply by Tracy Krauss on December 5, 2010 at 10:32pm
MY MOTHER THE MAN-EATER
by Tracy Krauss
http://www.strategicpublishinggroup.com/title/MyMotherTheManEater.html
What’s a girl to do? Joleen Allen is on the hunt. For a man, that is. Unfortunately, every time the mother of five meets a prospect, he falls for one of her daughters instead!

Meanwhile, her ex-husband, Harold, is back in the picture after a stint in prison, and he’s looking for revenge. He’ll do anything to see Joleen’s reputation and her relationship with their children ruined. Harold has devised an elaborate plan to slander Joleen and ruin her financially, and will stop at nothing – even murder – to see it through.

At forty-four, Joleen has seen a thing or two. She became a mother at sixteen, and her five highly independent children are now grown. Jasmine is a successful ad executive, but has a drinking problem. Jill is a tough cop, while middle child Jennifer surprises them all with her tenacity. Jinger is a self-centered glamour girl, and the baby of the family, Jade, is utterly spoiled.

All the interesting men they meet get tossed around by this pack of barracudas. Adding to the mix are some drug deals, a kidnapping, insurance fraud, and secrets from the past, making life very complicated, indeed.

With grit, humor, action, intrigue and romance, My Mother the Man-Eater is a redemptive story about a woman whose search for meaning in life sends her straight into . . . the arms of God.

Long ago, the land of Allon was a paradise until the fall of the immortal Guardians paved the way for the rise of the Dark Way. King Marcellus now controls the land as his forefathers did, with an iron fist and the help of the evil Dagar. But an ancient prophecy speaks of a time to come when the Guardians will return and Allon restored by its rightful heir.

At 16, Prince Ellis is forced to flee, pursued by the king's soldiers. With help from two mysterious strangers he meets in the forest, he must find a way to defeat the evil forces and prove himself worthy to be king if Allon is to have any hope of salvation. Along the way, he will face trials that will test his character, his wisdom, his courage, and ultimately, his heart.