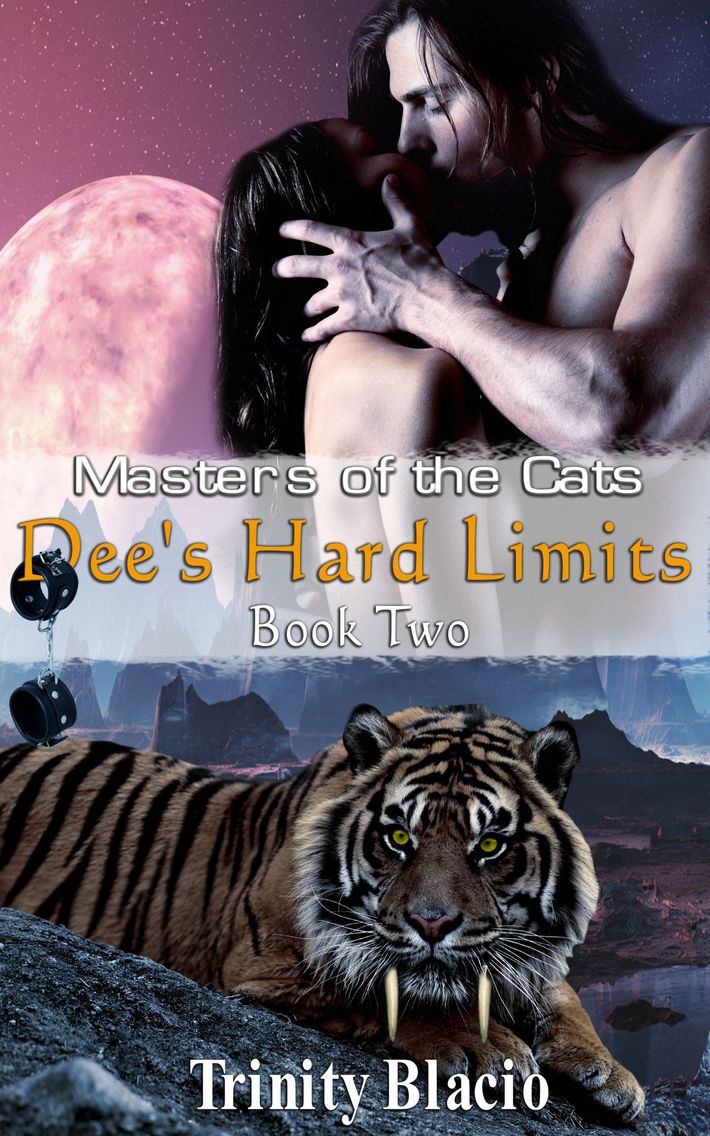 Best-selling erotic romance author Trinity Blacio (Running with Fear) brings her unique blend of paranormal ménage to the realm of vampires and shape-shifters with her new series, Masters of the Cats, a world where every woman has three masters to love her.
In the first book of the Masters of the Cats series, Collaring the Saver-Tooth, Maya, the matriarch of a cat-shifter clan, discovers that someone or something is out to murder every member of her species. In the midst of this massacre, true love finds her, but it is in the form of three alien men who are bonded to each other, and now her.
In the second installment of this series, Maya’s daughter Dee, who has been fending for herself for years, learns about love, loss and redemption.
Every time her mother was around, Dee saw the pain in her eyes. She was born from violence, her father was a killer, rapist and literally the bogeyman of her nightmares. All Dee wanted was someone strong enough to love and protect her the way she craved, but could she keep them safe from her father?
Talhrn was the oldest of his kind. He had been created from different species, like a robot, with no mother or father. He had no memories of a loving childhood, just non-stop training, but all of was going to change. With his weru’s, Todd and Marquis, at his side, they would let nothing stop them from claiming their Little Kitten, Dee. She was everything they could want, strong, beautiful and in need of someone powerful enough to take her in hand. Now all they had to do was guard her from the monster that stalked her every move.
Together nothing will stop them from becoming the kith they all want, not even Dee’s hidden sexual desires. It would take all three men to push their kitten to her hard limits, but they were well-prepared for the task at hand.