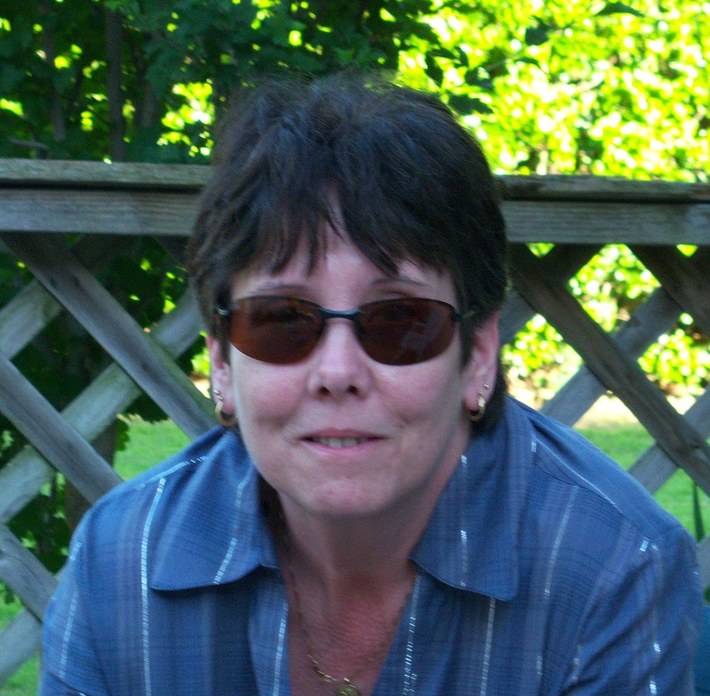 Something About Me and My Book:
Anne Patrick, known for her ‘Sweet’ Edge of Your Seat Romantic Suspense, has penned more than a dozen novels including the award-winning Journey to Redemption. Her works continues to receive 4 & 5 star reviews from readers and reviewers. Anne has an alter ego by the name of Kinzie Monroe, who writes Inspirational Romance. Anne, you might say, is the dark side of Kinzie. Anne’s books may be darker in subject matter, but they all carry messages of hope and faith. Born and raised in Oklahoma, she now makes her home in Kansas.

Journey to Redemption - available now in ebook. Detective Morgan Reynolds thought her nightmare was over when serial killer Gerald ‘The Slasher’ Tate was sent to prison for her husband’s murder. But she was wrong. The Slasher has escaped and he’s making it even more personal this time. Tate has kidnapped her son and is giving her 72 hours to find the answers he wants or Jared dies. Purchase here: http://roguephoenixpress.com/rogue_phoenix_press_042.htm

Dark Alliance – available now in ebook and print from Wings ePress
Babysitting a beautiful princess sounds like an easy job for former CIA agent Alex Girard, but when it becomes clear that the assassin trying to kill Tara is the same man responsible for killing his father he knows keeping her alive may be the toughest assignment of his life. Just as disturbing is the growing attraction he has for the future queen. Determined to find the answers that will save the monarchy and finally bring the murderer to justice, Alex and Tara team up with friends on an international quest that will change all their lives. Purchase here: http://wingsepress.com/

Lethal Dreams – Print & eBook
Dr. Erin Jacobs is making a name for herself in the sports world. Drawing on her own life experiences, she encourages and inspires athletes to recover from career ending injuries. So why would someone want to hurt the good doctor? Detective Logan Sinclair is determined to find that answer. He’s been mesmerized by Erin from the moment she found him and his partner shot in an alleyway. Since that night their lives have never been the same. Will Logan be able to solve the puzzle of who wants Erin out of the way before it’s too late? And if so what impact will those answers have on their lives? Lethal Dreams can be purchased here: http://www.whimsicalpublications.com/anne_patrick/lethal_dreams.html

Reservation for Two - Print - under the pen name Kinzie Monroe) from Whiskey Creek Press: Widower’s Maggie O’Brien and Carson Jennings are both on a journey to rediscover who they are. Maggie, an adventurous former pastor’s wife of thirty-nine years, hopes to find closure in the place she and her husband spent their honeymoon. Carson, a retired judge, is living his lifelong dream of traveling across the U.S. in his RV. When their paths cross in the tranquil setting of Mason Springs, New Mexico, love is the last thing that either of them expects to find. Purchase here from Amazon.com or the publisher: https://www.whiskeycreekpress.com/store/

Ties That Bind – Available now in eBook and print from Awe-Struck Publishing & Mundania Press
Sheriff Austin Garrett enlists the help of FBI profiler, Jo McDaniels, to help him solve a string of murders plaguing his community. Unlike most profilers Jo has an unusual gift that allows her to get to know the victims better than anyone else. She not only feels their emotions; she feels their pain. But the last time she relied on her physic ability it almost cost her career as well as her sanity. As the case progresses and the body count rises they soon realize that Jo’s sanity isn’t all that is at risk. She’s become the killer’s next target. Purchase now: http://www.awe-struck.net/books/ties_that_bind.html

Out of the Darkness – Available now in eBook and print from Champagne Books! Ex-FBI Profiler, Alex Michaels, is forced into hiding by the serial killer who murdered her twin sister and left her with a career ending injury. Meeting up with an ex-pro football player who is also facing an uncertain future, Alex makes Royce McIntire an offer he can’t refuse. Available from most online stores or from the publisher Champagne Books.

Fire and Ash – Available now (eBook) from Desert Breeze Publishing.
Fire Investigator Sadie McGregor is called to her hometown of Emerald Point, Missouri to investigate a suspicious fire which claimed the life of a local college student. By appearance the fire looks accidental. What Sadie and the handsome new police chief discover will not only affect those close to them, but will rock the entire community and may cost one of them their life. Purchase here: http://stores.desertbreezepublishing.com/-strse-98/Fire-and-Ash/Detail.bok or Christianbook.com, Amazon, Barnes & Noble and other online bookstores.

No Greater Love (Kinzie Monroe) – Available now in print or eBook
Attorney Kirby Shelton has met a lot of wackos in her life. But the computer software queen, Leah Dalton, takes the prize. Leah, facing a losing battle with cancer, comes to Kirby with a plan to end her life on her terms. Leah invites Kirby and five of her closest friends to her estate, and offers to make one of them a multi-millionaire. All they have to do is kill her and make it look like an accident. Just as disturbing to Kirby are her growing feelings toward Leah’s ex-boyfriend, Jonas. Will one of Leah’s friends take her up on her offer? Will Kirby and Jonas’ love for one another survive the trials they face? Join Leah on an amazing journey that changes the lives of all those around her.
Purchase the ebook http://www.smashwords.com/books/view/18418 or print https://www.createspace.com/3468867

Sabotage (Available in ebook): District Judge Katie McKinley takes her career very seriously. No one knows that better than her old childhood friend and first love, Graham Bishop. Her ruling cost him his family’s ranch. So it’s no surprise when an attempt is made on her life that the sheriff turns his suspicions to Graham. As the two rekindle their love for one another, Katie refuses to believe Graham is guilty. But what if she’s wrong? Purchase from Desert Breeze Publishing, Christianbook.com, Amazon, Barnes & Nobel or other online bookstores.

Christmas with Hope (Christmas Anthology). Blackhawk pilot, Hope Erickson, and army ranger, Nick Cunningham, face danger on a daily basis in the battlefields of Iraq. But when their paths cross after a village ambush they face a threat much greater than either of them have prepared for. Will they risk their hearts to one another or does fate have other plans in store for them? Purchase ebook here: http://www.smashwords.com/books/view/29146 or print here: https://www.createspace.com/3494414

Red Ribbon
Be blessed
From the Gift Store