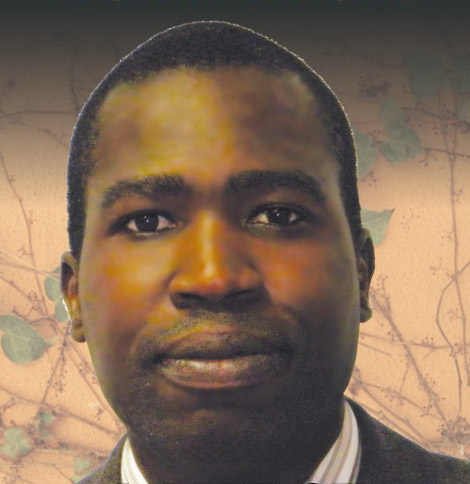 Ayo Adebamowo has not received any gifts yet

Something About Me and My Book:
Ayo Adebamowo volunteers as a Motivational Speaker and Development Consultant with Success Concepts, a UK-based non profit outfit involved in people and organizational development undertaken through provision of principle-based training and motivation delivered via seminars, publications, mentoring, and speaking engagements. A Health Informatician by training and practice, Ayo's educational pursuits have taken him through studies and working trips undertaken in Nigeria, United Kingdom and Spain culminating in the award of a Bachelor's degree in Zoology obtained from Obafemi Awolowo University, Ile-Ife, Nigeria and a Master's degree in Geographical Information Systems with Remote Sensing obtained from the University of Greenwich, UK. Passionate about helping people excel in their endeavours, Ayo often says he makes a living by working as a Health Informatician but makes a life by teaching and motivating people for outstanding success. He is the author of two motivational books: Success Power and A Life of Impact. Born of Nigerian parents, Ayo resides in the UK with his lovely wife and precious daughter.

A Life of Impact: An Introduction to The Book

Much of success in life is a triumph of information. This explains why the informed succeed. The better people are informed, the better their chances are of succeeding in any undertaking. A Life of Impact therefore draws valuable lessons from contemporary issues including Barrack Obama’s election as the first black US president, Tiger Woods’ admission of moral failure, Usain Bolt’s crowning as the world’s fastest man in history, the 2008-2010 global recession dubbed the ‘Great Recession’, the impact of poor leadership on Africa’s development, Manchester United Football Club’s dominance in the English premier league, Toyota car recall crisis, Forbes Rich List 2010, China’s growing influence on the global stage, Google’s dominance in the information superhighway, Bernie Madoff’s conviction of arguably the biggest fraud in history, Mark Zuckerberg’s social networking revolutionary creation: the Facebook, and many others.

But it does much more than examine contemporary events. It looks back in time to capture valuable lessons from the past. The trials, tragedies, triumphs and inspirational sayings of well-known names in history— Helen Keller, Abraham Lincoln, Thomas Alva Edison, Aristotle, Martin Luther King, John D. Rockefeller and numerous others, are encapsulated in the book to furnish the reader with the tools to live a life of impact.

Revealing facts on why: the informed succeed, the best gain at the expense of the rest, those who dare get their share, the top is meant for the tough, messengers do end up as managers, adversities have advantages, failures should be viewed as moments and not as monuments, the future belongs to the disciplined, the bright can be broke, by working thoughts become things, helpers will be helped, the lack of money is the root of many evil, competence is no substitute for character and results enhance capacity to make impact, are comprehensively unfolded.

Much more than a typical motivational book, A Life of Impact is written to act as a reference resource from where life-applicable knowledge may be constantly drawn. Taking into account the constancy of the universal principles of success and realities of a changing world, the book provides information that can be immediately applied to different areas of human endeavour— career, business, leadership, family life, relationships, finances, personal character, ministry, goal achievement and the drive for self actualization.

10 Ways to Enhance Your Competitiveness in Life

The world we live in is becoming increasingly competitive with more and more people chasing after the same number of finite opportunities. Regardless of the field of play- sports, business, career, entertainment, politics and ministry among others, the demands for opportunities to gain and retain customers, attract patronage to one's cause, secure votes from the electorate, get to the top, emerge successful at bids for contracts, jobs…

Reasons to Appreciate Your Days of Humble Beginnings

In between stepping out and achieving successful outcomes, people often experience phases of hard times. How they handle those moments of ‘dryness’ when desired success appears elusive ultimately determines whether or not they reach their desired destinations. One of such colourless phases is at the actual start of the journey to significance: the period of humble beginnings. It is important to realize that great enterprises hardly begin in great ways. Enterprises don’t…

Last week, like a thunderbolt from the sky, the world received with shock the news of the arrest of Dominique Strauss-Khan who until five days ago was the Managing Director of the influential Bretton Woods institution- the International Monetary Funds (IMF) for alleged sexual assault.  Making the news story more captivating was the fact that Khan was until then seen as a strong contender for the French presidency with a very strong chance of…

Cheer Up! Adversities Have Advantages

Regardless of what difficulties you may be going through right now- setbacks, crisis, mistakes, tragedies, pressures, temptations, disappointments, or failed expectations, friend, you need not despair for those seemingly negative occurrences have inherent benefits. By walking in this understanding, it becomes possible to handle them successfully, turning them into opportunities in the process. Today, I will be sharing with you six benefits  inherent in…

DEVIKA PRIMIC said…
Great and well achieved, I have my new book Raising Teenagers:The Best Way on amazon stores and Barnes&Noble please check it out a good idea if you can give reviews

My daughter (18yo) is interning w/us this summer and has time to read and review books if you need reviews.

Our book Jack the Dog: And His Boy, is our book. It's a fun and easy read. You can see it on Amazon and decide if you'd like to trade: http://amzn.to/gRoUzW

I look fw to hearing from you.

Would you like to trade reviews? Our books are very different in nature. Let me know if you're interested.