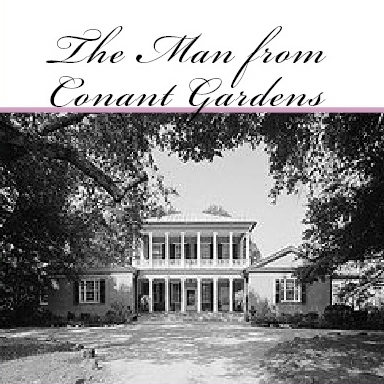 Christina 'DC Brownlow' Reyes has not received any gifts yet

Something About Me and My Book:
I am a Young Adult and General Fiction Writer. I am writing books, that can be seen on the big screen, so look for my books at the movies!
The Man from Conant Gardens summary:

"When Slavery ends, What do we do with the 'Passers'?"
The story of Slavery and the Civil War is re-told through the memoirs of Benjamin Godly and his adoptive son Thaddeus. Benjamin Godly, is a very proud finance Lawyer from New York, who ventures into the gold mining business in Georgia 1829. Benjamin suddenly finds himself on a divine mission to help the slaves fathered by his uncle and cousins gain their freedom and become independent before the storm of the Civil War destroys the south and anyone in its path, while facing that fact that his own legacy may be in jeopardy of losing its purity...

The Man from Conant Gardens, A Novel

My newest novel, "The Man from Conant Gardens" is doing great!

The book is about a French plantation owner Benjamin Godly-Talfeur, liberates his slaves before the Civil War, only to legally exploit them after the war ends.

This historical fiction illustrates the first black-run staffing agency and its struggles against racism and the empowered white supremacy that follows the south into the twentieth century.

This is the first book out of the sequel of three.…

Im am doing 2012 the right way so you will be hearing about my new book, a slave novel, yes we can't let it go. Benjamin Godly, a white plantation owner helps negroes after the civil war and during reconstruction, he help some pass for white and those who cant pass create the color line between light skin and brown skin black which inadvertly separates the black race in new deminions.

Dr. Willie B White said…
Good to be friends. Look forward to communicating and sharing.

Noble Ojigwe said…
Great to be friends with a unique creative soul like you.

Black Leaf Publishing said…
Thanks for the addition Christina. Nice to make contact with you.
Jean