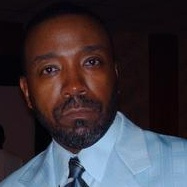 Pain can be a teachable Lifetime by Dr. Joseph Howard

Coming to the Dallas...Phoenix of Grace Ministries...Dr. Joseph B. Howard, Sr.
1 Reply

Dr. Joseph B. Howard has not received any gifts yet

Something About Me and My Book:
"Battered Clergy: from Victim to Victor" chronicles the life of an anointed inner-city minister, starting from his abuse-filled childhood to his adulthood as a soaring pastor of a mega-church. He is stifled however, by his controlling and Jezebel-spirited wife. Sister Hayes will stop at nothing to get and her young lover to the top of the ministry post while destroying her dutiful husband by any means necessary. Watch for 2009 Blockbuster Event based on my book TBA...

Dr. Joseph B. Howard, Sr. is a third generation steel worker and a retired post-secondary educator. He is retired from the United States Navy Submarine Force and is a former pastor, department of corrections chaplain, and former dean of a bible institute. 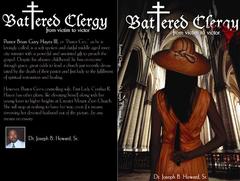 Availability: In Stock
Christians are… Continue

Apostle Joseph B. Howard, Sr. Th.D.
Coming Soon... Battered Clergy - THE MOVIE....FROM THE INFINI ENTERTAINMENT COMPANY AND MOOPY VISION MOVIES! COMING TO A CHICAGO THEATER NEAR YOU! Fall 2009
"...because you never know what happens when the church doors close!"

My Transition of Victory...copyright 2009 by Dr. Joseph B. Howard, Sr.

My Transition of Victory…

The time is far spent…and my strength ebbs. My cunning and wit wanes occasionally and my endurance experiences periods of cessation.

Over half a century and where have all the seasons gone? My sunset is soon forthcoming and should be anticipated with responsible maturation and acceptance. Sadness is an obvious by-product of this must happen fact of life. Let my words be my epitaph and be a resounding and resilient light house of hope and… Continue

Dr. Joseph B. Howard, Sr. has invited you to the… Continue

Come join me for a Special Media Event TBA

"Battered Clergy"...Look for 2009 to bring the dream to reality. Thanks be unto God who giveth us the victory through Jesus Christ our Lord! Information soon to follow...

THERE ARE TWO PACKAGES AVAILABLE

PACKAGE ONE WILL INCLUDE A BOOTH TO SELL YOU PROJECTS ( BOOKS. CDS ETC,)
THERE WILL BE BOOK SIGNINGS
THERE WILL BE A PROMOTION PACKAGE
WHICH WILL ENCLUDE FREE ADVERTISING
TELEVISION & RADIO MEDIA INTERVIEWS
AND MUCH MORE
YOU WILL BE ELIGIBLE TO WIN UP $ 1,500
THIS PACKAGE WILL ALSO ENTITLE YOU TO A SPACE AT
THE MEGA GOSPEL SUPERFEST WHICH WILL BE HELD
AUGUST 7,2010

PACKAGE TWO IS FOR THOSE WHO WANT TO PARTICIPATE
BUT, ARE NOT ABLE TO ATTEND.
( DO NOT NEED TO BE PRESENT)
YOU WILL BE ABLE TO SHIP YOUR PRODUCTS TO THE EXPO
A MINISTRY STAFF PERSON WILL BE ASSIGNED TO YOUR BOOTH
FOR YOU. (ALL PROCEEDS WILL BE SENT TO YOU AFTER THE
EXHIBITION)
THERE WILL ALSO BE A PROMOTION PACKAGE
RADIO MEDIA ADVERTISING
OPPORTUNITY TO WIN UP TO $ 1,500
THIS PACKAGE ALSO ENTITLES YOU TO A BOOTH AT
THE 2010 MEGA GOSPEL SUPERFEST, WHICH WILL BE HELD IN AUGUST

Dr. Joseph B. Howard said…
Authors: Sign up and be part of something healing, loving, and powerful...contact Dr. Howard @ www.drjosephhowardsr.com

Battered Clergy is the winner of the Moopy Vision Movies and the Infini Entertainment Company Novels to Film Competition 2008. Look20for Battered Clergy - THE MOVIE...coming to Chicago land theaters in November 2009.

Other books by Dr. Howard...

Beyond The Prison Walls, by Faith Came Restoration

The Call & The Cold War

Have a Little Faith A Reformed Perspective of a Church of God in Christ Theologian

Just to let you know "Battered Clergy: from Victim to Victor " is on sale now Nationwide! Get your copy now at Barnes & Nobles, Baker & Taylor Book Stores, or on www.amazon.com


..."because you never know what happens when the church doors close!" Pastor Joseph B. Howard Sr. was born in Gary, Indiana and graduated from Gary Lew Wallace High School. He attended Florida A&M University on a combined track and academic scholarship. Pastor Howard has two sons, Joseph II (Elizabeth) and Timothy Jordan Howard. He has two grandsons, Francisco and Taj Howard. Elder Howard was medically retired from the United States Navy after Operation Desert Storm where he served as a mechanical engineering supervisor in the Submarine Force. While in the Navy he earned a bachelor’s degree in Adult Education from Southern Illinois University. Pastor Howard obtained the rank of Machinist Mate Submarine Warfare Qualified. He served on the USS Lafayette SSBN Blue Crew, the USS Boston SSN 703 and the USS Louisville SSN 724. In 1990 he was selected as Recruit Company Commander (boot camp drill instructor) of the year (Great L akes Recruit Training Command). He earned four admiral commendations, three good conduct medals, two fleet ballistic missile deterrent patrol pin, the submarine warfare pin, national defense ribbon, and two overseas operation ribbons and sailor of the year honors. He worked as a tutor and later as a special education paraprofessional for the North Chicago School District #187 upon retiring from the military.

Elder Howard was called to preach while conducting clandestine operations overseas. He was ordained in Chicago, Illinois in August of 1989 by the late Bishop Bennie Goodwin Sr. of the fifth jurisdiction of Illinois Churches of God in Christ, INC. Elder Howard was appointed a pastor by Bishop Adolphus Allen of Milwaukee, Wisconsin. Elder Howard opened the Saints Home Church of God in Christ on October 15, 1994. The name was changed to Sovereign Grace Outreach Church of God in Christ in November of 2005. Dr. Howard retired from San Diego City College at Great Lakes Naval Base in Great Lakes, Illinois. He was dean of the Church of God in Christ Ministers Training Institute in Milwaukee Wisconsin and Jurisdictional Prison Chaplain. In January of 2005 Elder Howard’s autobiography was published entitled “The Call and The Cold War, My Duty and My Destiny”. He wrote “Battered Clergy; from Victim to Victor in 2006. His fourth work is titled “Beyond the Prison Walls, by Grace Came Restoration” due o ut in 2009. Dr. Howard was included in the 2005-2006 Edition of The Empire Registry (New York, New York) of Who is Who Among Business Executives and Professionals in the category of Religion.

He has a masters degree in Biblical Studies and a doctorate in Christian Education. He retired from post-secondary instruction in 2006. Dr. Howard was awarded the Arizona Department of Corrections African-American Employee of Distinction in February of 2008. Dr. Howard is the senior pastor and founder of Sovereign Grace Fellowship Ministry (Dallas, TX.) and Phoenix of Grace Cogic of Surprise, AZ. Dr. Howard is a resident of Surprise, AZ. The Stop Abuse Book Tour...coming to a city near you!


Renowned Author Dr. Joseph Howard of Surprise, Arizona will be on tour. He wrote “Battered Clergy; from Victim to Victor” in 2006 which won a Power Award (Dayton, OH 2007) for new inspirational piece. The novel, “Battered Clergy,” also won the Novels to Film Competition in Chicago, Illinois (2008) for feature-length film. This same book/movie is being revised into a stage play scheduled for its first performance in Dallas, Texas in June 2010.

Battered Clergy is a story of a soft spoken, middle-aged minister, Pastor Gee, with a powerful and anointed gift to preach the gospel. Despite his abusive childhood, he has overcome great odds and now leads a church who has just suffered the loss of their pastor and first l ady. The plot thickens with the introduction of Pastor Gee’s wife, First Lady Cynthia Hayes. Her controlling and conniving ways lead her to an affair with a church member and she will stop at nothing to have her way; even if it means removing her devoted husband out of the picture by any means necessary.

Karen Kennedy said…
As I stated before you have a beautiful page, I know you will be an inspiration to the members.