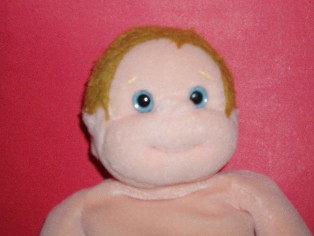 Ed Chunski has not received any gifts yet

ACCIDENTAL HEROES, ACCIDENTAL VILLAINS: A Family's Struggle with War, Love, and the Triads

Announcing the arrival of Accidental Heroes, Accidental Villains, a novel about a Chinese family’s struggles with war, revolution, diaspora, love, and the Triads. Follow the Lee family as it traversed continents and the centuries. See one man’s rise from the obscurity of the California gold rush to preeminence in the underground realm of one of the world’s oldest civilizations. Feel the humility, the passion, and the turmoils of subsequent generations as they become embroiled in China’s tumultuous history since the Qing Manchus.

The book traces five generations of a Chinese family, from the mid-1800s to the present, and portrays the family's struggles with racism, riots, revolutions, world wars, and triads (organized crime).

Lee Sing Mun left China in 1857 for the United States, first to search for gold and later as a labourer on the railroads. The Chinese Exclusion Act, and a gang of racist thugs, forced him to return to China, and his wife in 1882. Little did he suspect that this was the beginning of his family's intimate role in the next 150 years of Chinese history. Nor did he suspect that one day, his legacy would span a multinational enterprise caught in a vicious circle of honour and sin.

Will the Lee family ever escape the cycle of crime and violence that has haunted it for generations?

Ed Chunski said…
If you have published a new book, I'd be happy to list it in my directory FOR FREE. Please visit me at http:///www.edchung.net for details. No strings attached!

DragonCub said…
Thanks Ed for adding your book on my website.

Ann B. Keller said…
Welcome, Ed! Glad to have you with us.

Accidental Heroes, Accidental Villains sounds very unique. This is a side of the west that we don't hear about very often. Well worth turning the first page, I'm sure.

Ann B. Keller
Author of Crenellations and The Devil's Crescent

DragonCub said…
Hi Ed, I'd be delighted if you'd check out my website DragonCub. You can add your book details here to introduce your work to the world :) It costs nothing!