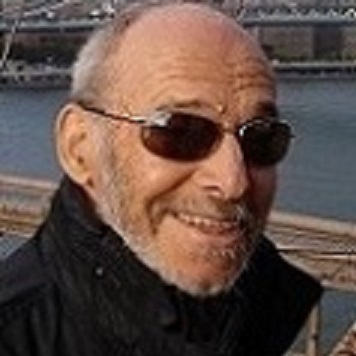 Haim kadman has not received any gifts yet

Something About Me and My Book:
A published author, 15 books in digital form and in print, I'm writing the 16t, titled A POST IMPRESSIONISTIC CAREER 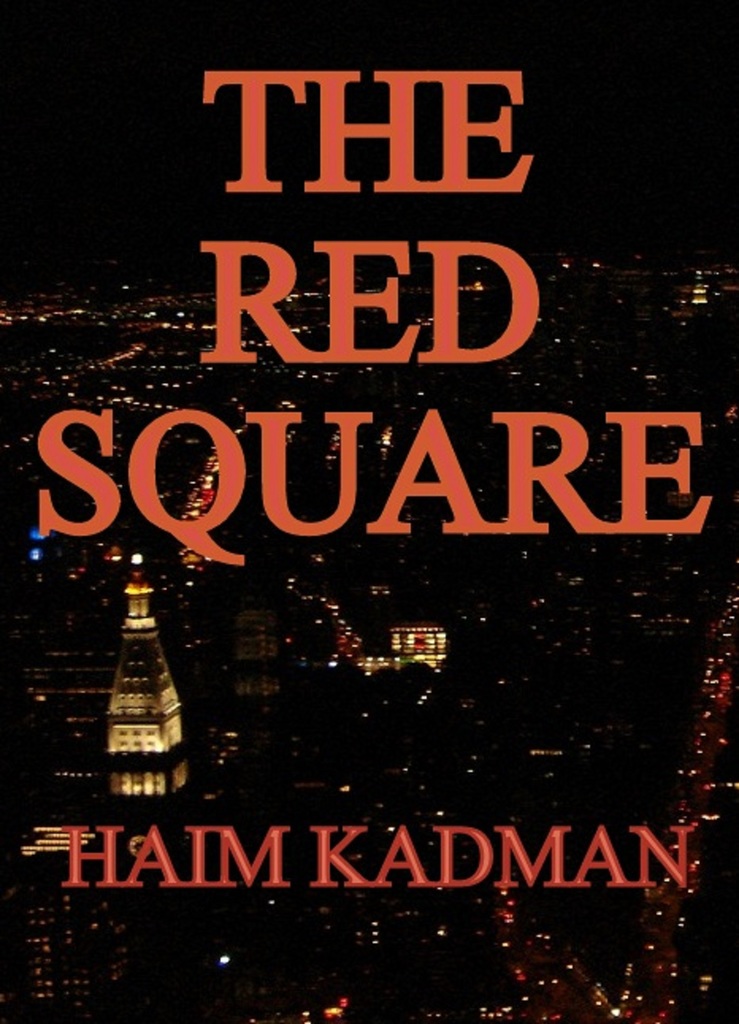 The plot of this book "The Red Square"  is a work of fiction, and is a product of the author's imagination. The protagonist and the different, characters names, and the plot's background descriptions are fictitious; any resemblance to actual persons living of dead, events or places are coincidental.

It’s him again… Paul realized disappointed, as he watched the small middle aged man approaching him, pushing his way through the crowd on the train terminal platform. The way in which this operator of his almost undermined his self confidence during his last mission, floated vividly in Paul's memory, and this man was supposed to encourage him, apart from bringing him news, letters and means…

Couldn’t they send someone I could trust, instead of that…? He thought frustrated clearing his throat, dispersing vapor mist in front of him, as if he wished to smoke screen Sam; that was his operator current alias, and that was all he knew about his detested compatriot.

‘I stink,’  Sam declared smiling still, as if he was expressing his joy of being tailed by a group of counter intelligence agents.

Why didn’t you postpone our meeting then? That angry question was on Paul’s tongue’s tip, but in a quick second thought he remembered where their meeting was taking place. His operator did not burn him, every foreigner was tailed in the Soviet Union, and in Moscow in particular.

’Do you know any foreigner that doesn’t stink in Moscow?’ He asked his operator with a faint smile. Trying his best to get in some terms, with the man he so much disliked.

‘You maybe, up to this very moment.’ Sam replied laughing cheerfully in Paul’s face. ‘It's too cold here, let find us a warm place, the terminal restaurant, or you got a better idea?’

‘Let’s take a cab to my hotel, lead them straight to where I stay, and thus play the innocents that have nothing to hide.’

‘Sure, let’s get out of the terminal first.’ Sam answered with a grim face. The idea was right, but to hear it from someone who did not have his years of experience in the organization – was an insult.

‘Any news?’ Paul asked in almost a whisper, expecting  a sign of life, from a dear soul which he left behind.

They came out of the terminal, and boarded one of the empty cabs parked right in front of the terminal’s entrance. There were several more cabs awaiting commuters, most of the crowd that arrived with the last train took the underground.

‘Well how do you find life here? Sam asked as they were riding to Paul’s hotel. They did not look back to see whether they were followed, simply because they knew very well that they were covered rather closely. The driver could have been a KGB agent that speaks English, or he could record their conversation – thus the best option was to speak freely and say virtually nothing.

‘Well not bad, it’s a bit cold here though…’

‘You’re well provided as far as I can see, a fine coat, gloves and a fur cap; you look like a real Ivan.’ Sam could not refrain from adding. ‘How is your hotel by the way?’

‘I may board it but to rely on your taste, and your taste in women in particular…’ Sam added with a chuckle.

My God, must he tear off the masks of our faces? I carry a diplomatic passport just like him, but I in spite of it might be bumped off in a staged accident, while he with his behavior serves them as if he were on their pay roll; he isn’t, I’m sure he isn’t, but why for God’s sake doesn’t he think before speaking? They’ll never touch him he’s a gold mine as far as they’re concerned…The way he keeps blabbering, that’s all they need… Paul thought frustrated but didn’t say a word. It’s the second time that he teases me. What bothers him, or was he instructed to do it, and to what purpose? Paul went on thinking but kept his mouth shut tight.

Getting out of the cab in front of the hotel Sam watched its dark facade with a scornful look; while Paul paid the cab driver and thanked him in hesitant Russian. Sam was watching the hotel’s surroundings with interest but he did not express his views yet, he took his time.

As Paul joined him they went towards the broad entrance, and entered the lobby.

‘So that’s what you call a plush hotel.’ Sam remarked quite aloud, while they were passing next to the hotel’s reception counter. ‘I won’t join you in here, sorry pal I’m used to much higher standards.’

It was well timed and was the one and only remark that Sam declared at that particular meeting, which Paul could be completely emphatic with. It served their ends according to the rules; though it didn’t serve them even a bit to beguile their pursuers, they were watched very closely. Sam chose a far corner table and they sat next to it gloomily, facing each other.

‘What will you have?’ Paul asked after a few seconds, that seemed to Paul a rather long period of time..

‘Coffee just coffee I’m on a diet, and I haven’t much time left. I just stopped by to see you, doing your parents a favor.’ Sam replied and made a short pause, letting his inferior get hold of the precarious situation he was in, according the Sam's allusions. ‘Your parents are worried…’ He added and watched Paul with a long worried face.

So they aren’t satisfied at Langley, who? Your boss the one who sent you, the one who dictates these bits of nonsense to you... Why, I’ll have to find out the reason why, and I’ll find it out so help me! A wave of fury was flooding Paul’s brain for a friction of a second. He filled his lungs with air in an effort to calm down, avoiding his operator’s face. He looked around the small lobby; as if he was looking for a waiter.

If the place isn’t bugged there must be one or two of them behind the counter who are able to read lips, and in several languages not in Russian alone… So I’d better keep my mouth shut.

‘How are you getting along, found some business associates, who could sale the company’s goods?’

‘Not yet, I looked around a bit, but I’ve to master their language first – it isn’t easy.’

To Paul’s relief a waiter was heading to their table. What in any other circumstances was an annoying moment, was to Paul at that certain instant the short break he needed so badly. He ordered with the few words in Russian which he had already mastered, and when answered by that waiter before he left their table Paul nodded his head as if he understood what the waiter had to say,. For all Paul cared the waiter could fetch them a bucket of borscht or a bottle of vodka.

‘Well, you aren’t doing bad at all.’ Sam remarked with a slight chuckle. ‘A short affair with a Russian female might work miracles for you, don’t you think?’

‘I’ll have to change my taste first…’ Paul answered with a short laugh. Got you, haven’t I? You sly fox, if a woman would cast a look at you, that’s what I would call a miracle.

The waiter returned with a platter and two cups of coffee to Paul’s relief. So he must have asked me if that’s was all I wanted… I must have been so upset at that moment… Didn't he get on my nerves my operator…? Does he really think that I would make a pass at some KGB agent? With these thoughts Paul sipped his coffee, praying to god his operator would drink up and leave.

A few more seconds of silence passed. Sam was looking around pondering; something was bothering him it seemed. He did not try to hide it. He raised his cup to his lips, watching Paul again.

‘I got to go!’ He announced right after having dried up his cup. He seemed to be anxious to take his leave, all of a sudden. 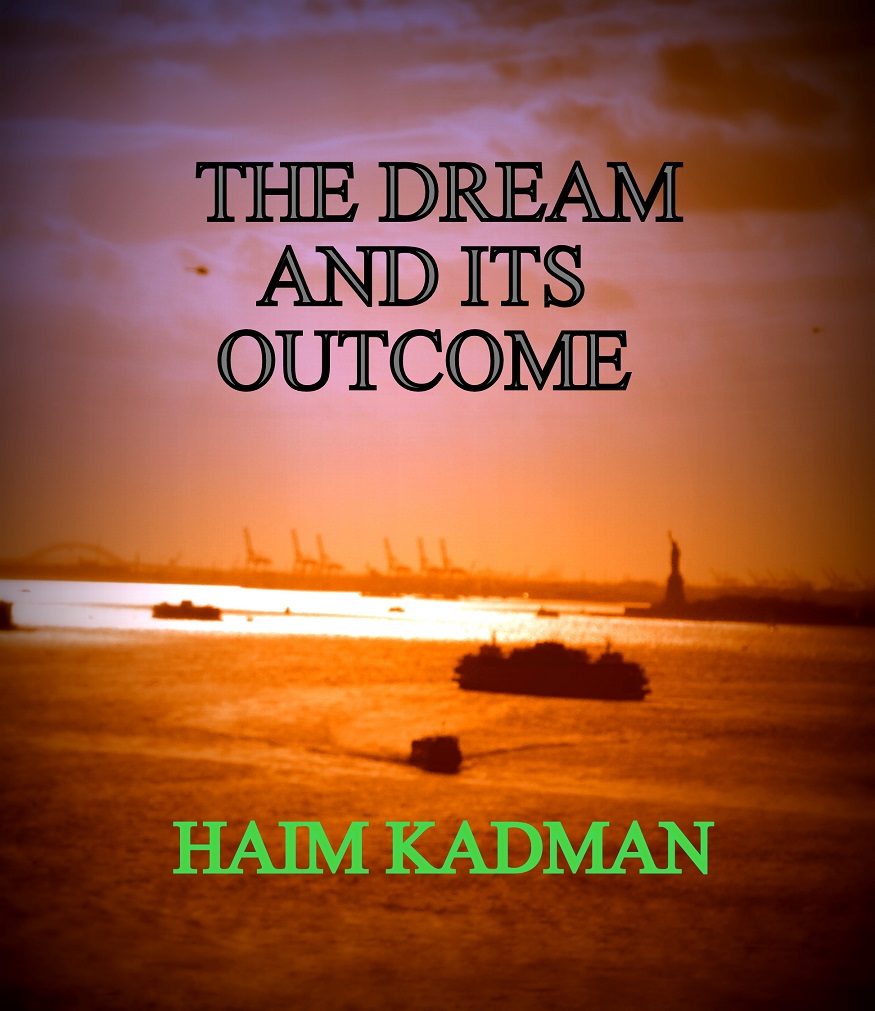 "The dream and its outcome"

'This emergency session is convened to discuss the drastic changes that should be considered in our policy concerning the axis of evil.' The brand new elected defense secretary declared with much pathos. 'May I proceed sir?' He asked the president.

'Sure Chuck go ahead,' the president answered with a…

About The Global Threat 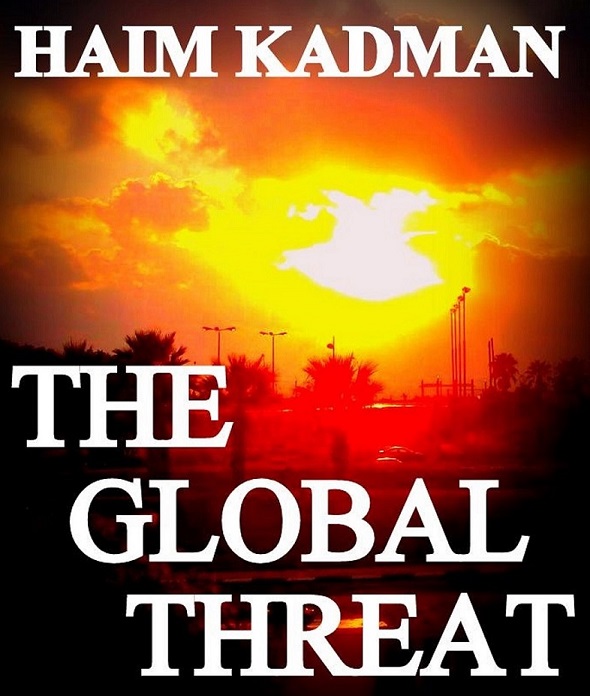 "Dead end it the nuclear talks in Vienna, the West suspects the existence of a secret Iranian nuclear  facility."

The short excerpt below appears in my thriller "THE GLOBAL THREAT" published with Amazon.com 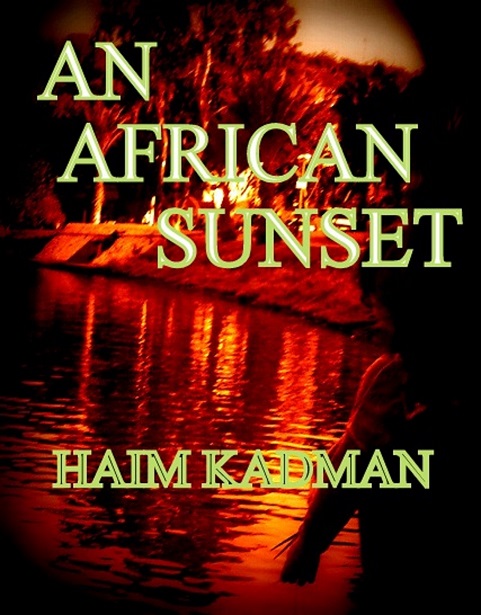 My dear colleagues and friends, 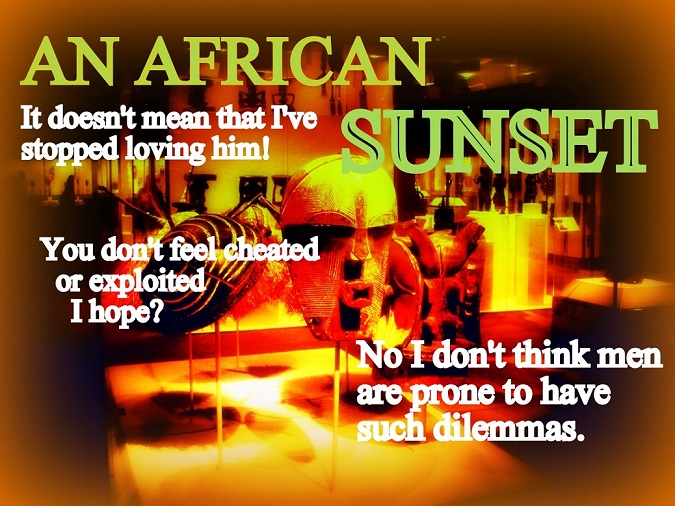 Right in front of them, against the horizon, beneath the low hanging clouds, Mouaka floated up before their eyes, through the car’s windshield. A light and wide strip speckled with dark bluish-gray spots of vegetation and empty spaces between the many…