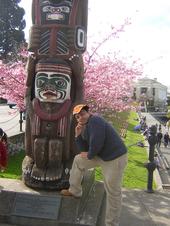 Something About Me and My Book:
After a rough night dreaming about a book, I started writing for a year with help from friends and editors. Finally in December of 2009, published the non-fiction book titled "Developed Minds, Developing Minds and the Stupid Terrorists". This book talks about the many socio-economic and political issues rattling a number of countries around the globe.

THE KING OF GOOD TIMES

Dr. Vijay Mallya is not your typical everyday CEO. He has made it to the Forbes billionaires’ list many number of times but he doesn’t care if he is on the list or not because he doesn’t want to be categorized as a ruthless moneymaker. He not only lives like The King of Good Times but he is working overtime to persuade others to live the high life too. Once upon a time, his critics called him the playboy of the east for his glamorous lifestyle but slowly and steadily Dr. Mallya has earned…

Recently published a non-fiction book titled "Developed Minds, Developing Minds and the Stupid Terrorists". The book talks about the many socio-economic and political issues rattling a number of countries around the world. Check it out. Very interesting read.

Amazon link to the book:…