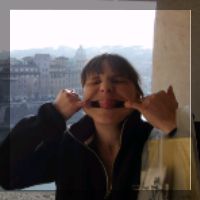 Something About Me and My Book:
I am a new self-published Author trying to introduce a fresh idea to writing. Alternative books with Alternative endings. The reader is given a chocie of 2 endings when arriving at the end of the book. This stems into 2 sequels which each have 2 endings. It is irrelevant which sequel is selected as the storyline continues in both books.

What if the conclusion to a book lay in your hands?

Ever wanted to read a book where you wanted to decide the grand finale for yourself?
Bored with the same solitary assigned ending in every book?
Wouldn't you like a choice?
I have published such a book where the reader has been given the opportunity to choose from an ALTERNATIVE ENDING.
My publication of 'So, Here I Stand' has just been released into Waterstones in Gower Street London and is available online.
The book itself has the choice of two endings and from these two endings stems two sequels. The sequels also have two endings in each. The reader has the chance to select either sequel to create their own series of a suspense thriller, because they are not limited by the sequel they choose. The subplot continues irrelevant to the choice of sequel.
I am hoping to infuse a new spark into reading that book on the way to work again!

COMING THIS SUMMER... My new novel 'Rosie Wrinkles and the Wiccan Deity' will be released this Summer through Mirador Publishing.
Here is a brief synopsis-
It is 1910 and Rosie Wrinkles is an orphan.
Shanghaied by a stranger in the dead of night, and delivered to the local Workhouse Rosie arrives with little else but the clothes on her back and a 'memory bottle'.
A stranger bundles her into a sack and sells her…

I am (as anyone who has read my Blog will know) a self-published Author.…

MY INTERVIEW FOR THE WEBSITE- 'STRUGGLING AUTHORS' WITH RICHARD GRAYLING

Jane E Hill has written the first of her ‘alternative ending’ books entitled, So Here I Stand.

sherrie miranda said…
There you are! I saw your message in my e-mail, but did not realize where it came from. I am on too many of these social networks!!
I look forward to learning more about you.
Sherrie

Mary Verdick said…
So great to meet you, Jane. Good luck in your writing...:).

I look forward to a thought provoking discussion as you said, it is good for the cerative soul! Have a great week.
Teri