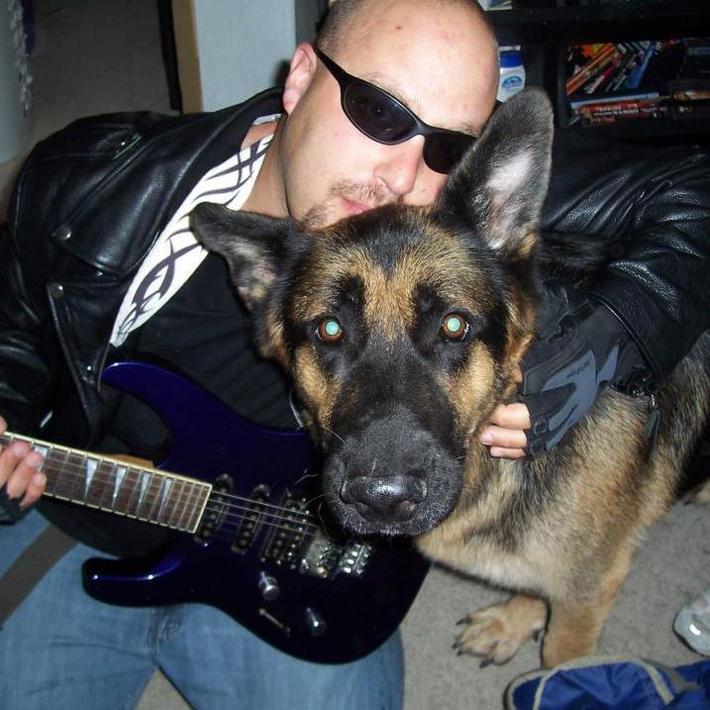 Hello everyone. I just discovered this site, and I'm happy to be a member.  My name is Jason W Baccaro, and I'm a new author.  I have written an Epic Fantasy series.  If anyone loves fantasy, please…Continue

Jason W Baccaro has not received any gifts yet

Something About Me and My Book:
I am the author of the epic fantasy series "Prophecy of the Guardian."

There are five installments in the series, and my hope is that many lovers of fantasy and even the paranormal will fall in love with my characters and world. It's a battle royale tale of Good verses Evil, accompanied by romantic elements, suspense, spirituality and mysticism.

The Nasharin Race - a new class of Warrior I have created - will blow your mind! ^_^

About My Fantasy Series...in a nutshell

"Guardian of the Seventh Realm” is an epic fantasy series consisting of five installments involving action, suspense, drama, mysticism, and even a kiss of romance.

The first book in the series is "Prophecy of the Guardian." 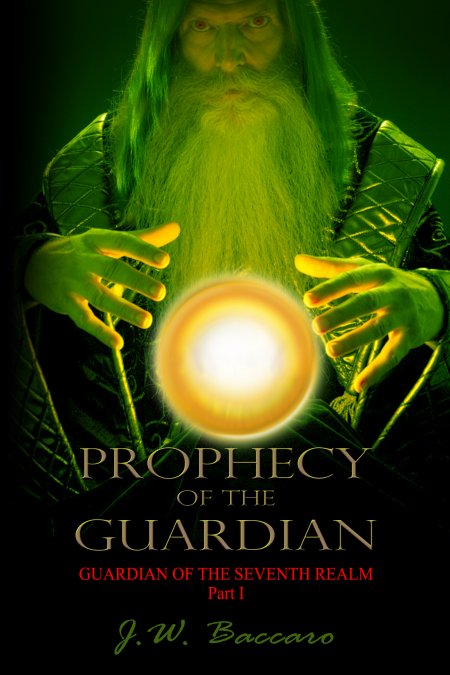 Let me start off by saying that my series is not so much about magical powers, mystical creatures, or vexing kingdoms of men, centaurs or dwarves, or how many “magical” spells can this or that sorcerer cast. The theme of the tale revolves around courage, loyalty, beatitudes of the “Golden Rule,” banding together in times of darkness, and faith in something larger than we can see. Elements any one of us can relate to in everyday life and times of trial and tribulation.

I'd like to elaborate a bit on the Nasharin Race, a new class of warrior in my series!

Basically, Nasharins are the main focus, and definitely the most exciting out of all the creatures. They are half-wizard/half-human hybrid warriors who love battle and crave energy, thirsting for it much like a vampire thirsts for blood. Nasharins are also feared by the Dark, but because of their untimely origin, and the deed that gave rise to them, the Light hates them. They are considered "the Accursed Race."

Although what separates a Nasharin from most other creatures is its unique ability of Transformation—what each individual evolves into, controlled by will: an essence of extravagant power and beautified form most warriors cannot fathom. And at the same time, ironically, this power is used for the good of the earth, a factor those high among the Light often overlook.

In a nutshell, "Prophecy of the Guardian" is about a small group of companions and their race against the Dark to find four ancient wizard crystals of power. As is to be expected, they run into plenty of dangers and challenges.

To elaborate a little more, the story is mainly focused on Darshun Luthais. He is Nasharin, one of the last of his race, hungry for battle and eager to advance his Nasharin skills. At the same time, he is a happy-go-lucky kind of individual; quite in-tune with nature and the simple things of life, especially a good feast! But after witnessing a prophetic vision, and also the tragedy of his closest friend, he comes to learn that he is the fulfillment of an old forgotten prophecy, the Prophecy of the Guardian, the one who is said to bring about salvation to the earth, as it struggles to survive the war launched by Abaddon the Demon Lord—an adversary long thought to be deceased.

After the Earth-Wizard Mazarian reveals the prophecy to Darshun, proclaiming it is spoken about him, Darshun must seek out the four Wizard Crystals of the Elements (sacred weapons of immense power once used by the ancient Guardians of earth). His task is to locate the crystals and destroy them before the ruthless Cullach find them first, only to hand them over to the Demon Lord for global destruction.

But Darshun's true crisis lies against himself in the fact that he is called to be this “Guardian.” For Darshun not only has to walk the valley of darkness, but according to prophecy, he must surpass many trials, tribulations and tragedies, where if he fails, the world falls, as he had already witnessed in his vision. It is a heavy burden because of the closeness Darshun has to nature, and the inexperience he has to life. In time he begins to despair, growing all the more vulnerable to the evil forces that long to drag his soul into darkness.

There is one more element I wish to comment on. A lot of fantasy novels typically have multiple Gods and/or Goddesses, and that is great. I love that! But I wanted to do something a bit different. I really love the mythology of Judaism and Christianity, preferably the angelic lore, the creation story in the Book of Genesis, the Resurrection story of Christ, and even the idea that there is only “one” all-powerful entity or God who reigns supreme over all, etc. And just to be clear (so nobody gets the wrong impression), my books are not works of “Christian literature fantasy” by any means. I am just really in love with the lore of it, and also many other spiritual beliefs of mankind, including Buddhism and pre-Christian Celtic beliefs and folklore.

The point of this is to inform my readers, or anyone curious about the series; the many races of the Light in my world commonly worship the God of the Light, Abidan, (which in reality, is the Hebrew word for “father of judgment”). So, you get that monotheistic feel.

Another interesting factor is if it is a Patriarchy race speaking, such as the Elves, then Abidan is referred to as a “he,” where the Matriarchy Centaur race will refer to Abidan as a “she.” In other words, in the reality of the story, the God of the Light is neither male nor female. Abidan is an entity of almighty power and energy that often communicates with the Seventh Realm (earth), whenever a disharmony is in place. I had a lot of fun with this idea.

In closing let me just say that “Prophecy of the Guardian” (book one), introduces the readers to the characters, the legends and myths of the world, and the Prophecy. It also tells about Darshun’s upbringing, and the warriors who help shape him, such as “Mirabel the Great” and Seth Caelen—Father to the animals of the woodlands.

“Siege of Darkness” (book two), is mostly about Darshun, his advanced power, his ultimate ego, and the consequences he brings to his people because of that ego. The book also reveals the adversaries of the series, and just how ruthless, evil and cruel they behave. It is a dark tale, but necessary in the process of Darshun’s growth. It’s also the first book where we meet the main adversary of the series, at least in the flesh, Abaddon the Demon Lord—one bad-arse of a villain. :)

“The Coming of the Light” (book three), is more along the lines of “heroic” with “edge of your seat” type of battles, the progression of Darshun’s maturity, and even a touch of romance between Darshun and his elf-lady friend Kelarin.
And my latest release, "The Sword of Righteousness" (book four), is mostly about King Loreus - Ruler of Loreladia and his quest to unite the scattered races of the Light and charge into the artic lands of Syngothra in order to save Darshun from a deathly trap he and his companions are unknowingly walking into.
I am really pleased with this series, and very thankful that many people are enjoying it. “Guardian of the Seventh Realm” was a difficult series to write—with all the legends, myths, characters, sub plots, adversaries and the development of Darshun, but it was also so much fun, and I hope that many more readers will continue to enjoy it.