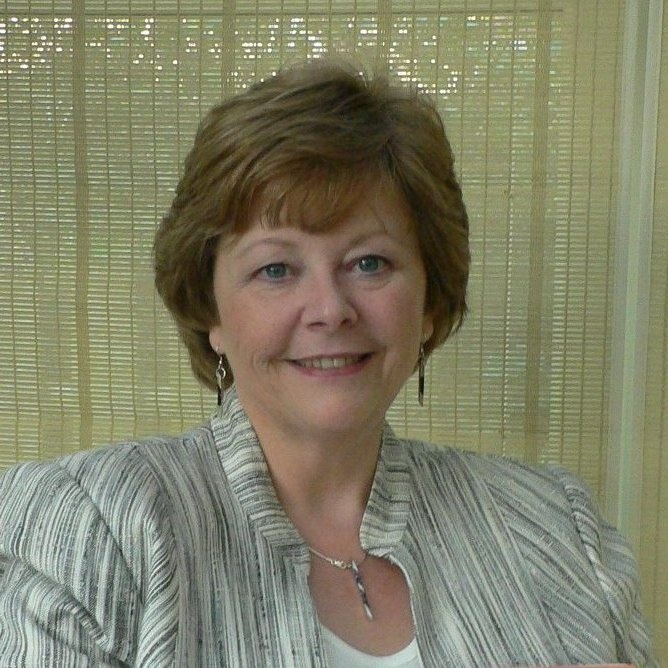 Victoria Howard has not received any gifts yet

Something About Me and My Book:
I write for the suspense romance genre. 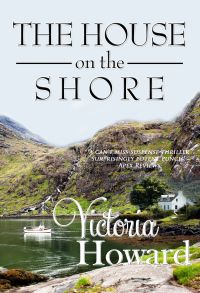 Anna MacDonald leaves Edinburgh to find peace in the Scottish Highlands, she gets a twofold surprise: a lost sailor teaches her to love again…while a mysterious stranger has plans to kill her.

Passed over for promotion by her boss—and boyfriend, Anna walks off the job in anger. But being reactionary has its price. Now she can no longer afford the rent on her Edinburgh apartment. So she retreats to the only place she has ever felt happy – her grandmother's croft on the edge of a Highland loch. With no phone or neighbours, and only two border collies for company, Anna sets out to finally achieve her lifelong dream; to write—and sell—the novel that has burned within her for years.

Luke Tallantyre, a renowned Cape Cod artist, has sailed across the Atlantic to escape an artistic dry spell—and come to terms with his dangerous past. When his yacht develops a problem he drops anchor in Loch Hourn. He rows ashore, and knocking on the door of the croft, asks to use the telephone, but the reception he receives is less than welcoming – in fact it's downright frosty.

Anna resents the cranky American’s intrusion to her seemingly idyllic life. Luke thinks she’s an ill-mannered hermit. But an unseen assassin is after one of them. So they unwillingly join forces and embark on an adventure neither ever imagined…including a chance at true love. 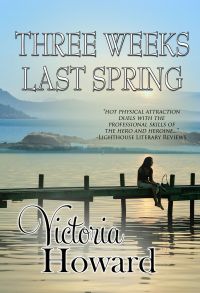 Friday Harbor, a picturesque small town in the Pacific Northwest, and a haven for fishermen and yachtsmen. For Skye Dunbar, it is a place where she can overcome the pain of a broken heart and put her life back together. Renting a cabin by the shore, the last thing she expects is to be accused of computer hacking.

Jedediah Walker is investigating the dead marine life washed up on the island’s beaches. When he discovers the fish contain a high concentration of toxic chemicals, he suspects someone is deliberately dumping them in Puget Sound. Swift to jump to conclusions, he suspects the auburn-haired woman renting his cabin is somehow involved.

Skye tries to ignore him, but necessity throws them together as they struggle to find those responsible for the environmental atrocity. 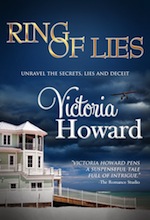 When English accountant Daniel Elliott dies in a car accident one rainy night, his widow, Grace, is overcome with grief…and panic.  Daniel was controlling and their marriage loveless, but he always took care of the sheltered Grace.

Or so she thought.

She soon discovers Daniel kept secrets:  an alias, mob ties, a list of numbers, a mysterious beach house in Florida….and a girlfriend who looks like Grace. Swallowing her fear, she flies to Miami to claim the house Daniel left her.  But the price of her curiosity is peril.  Underworld figures stalk her.  The other woman has left a damning trail of evidence pointing her way.  And handsome, troubled FBI agent Jack West has crossed precarious paths with Grace before.  He could be her savior or her damnation.  All she knows for certain is that she longs to be in his arms.

With little to go on and danger at every turn, Grace must depend on Jack to help her navigate the criminal world of south Florida, and find the truth behind the Ring of Lies.

I'm pleased to announce that the audiobook recording of Ring of Lies is now into production.  Hopefully, it will be completed and available to purchase from Amazon and Audible in time for Christmas.

For those of you who can't wait, here's a short teaser -

Daniel Elliot dies in a single-car accident one rainy English night. His wife, Grace, is grief…

I'm pleased to announce that my romantic suspense novel, Ring of Lies, is being turned into an audiobook and should be available by Christmas!

Did Santa bring you a Kindle for Christmas?  My  romantic suspense novels, Ring of Lies, and The House on the Shore, are currently half price on Amazon, so why not grab yourself a bargain?

Spotlight Interview, Whispers of the Muse

Don’t miss this interview with a fascinating British author with a sharp point of view. http://whispersofthemuse.org/AuthorSpotlight/SpotlightFrame.html…

Vanilla Heart Publishing is reducing the cost of its entire ebook catalogue to celebrate EBook Week. From now until the 14 March you can download any of the titles in the catalogue for $5.00

Lynn Serafinn said…
Hi Jenny!
I am brand new to this site. Looking forward to connecting and sharing with you and others.

Victoria Howard said…
Thanks for the welcome Linton and Carol. I hope to learn a lot too. I'll be adding my book shortly.

You seem like somebody I should Invite to join my new Self Publishing group here on BMN. Help us build a resource for those who want to be their own publisher, or get a better handle on it.