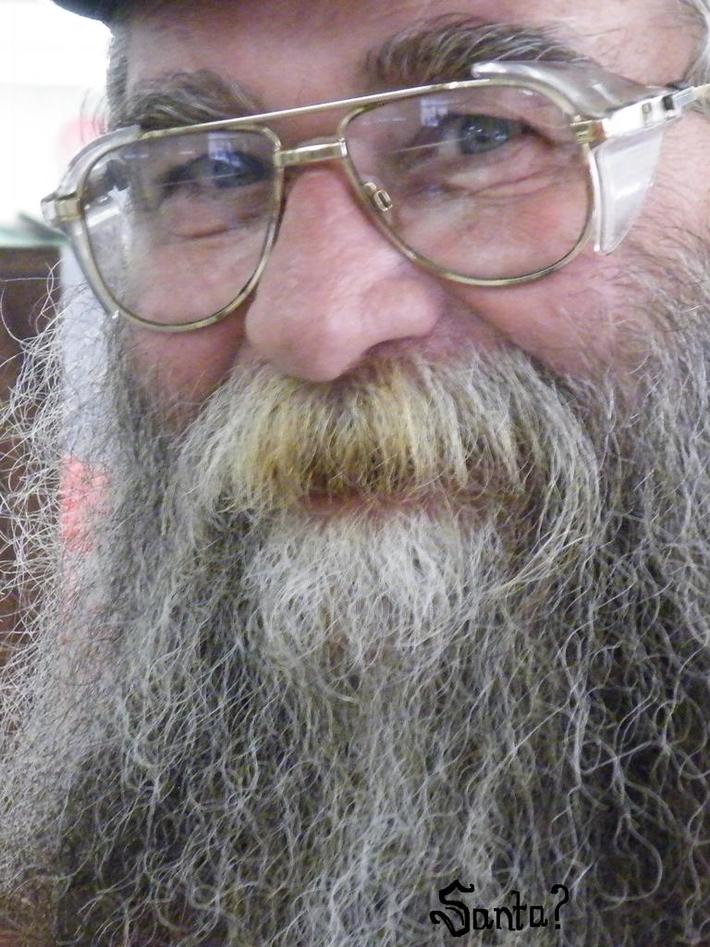 Joseph M. Perez has not received any gifts yet

Something About Me and My Book:
I'm 61 years old, married for 30 years. I wrote some short faith based fiction stories and went with booksurge as an avenue to get published. I didn't know any better. Between the fiction are recreated letters I emailed our daughters about a little rescue Maltese female dog-these letters are the true stories of our working to save the little one I labeled "Interludes". The title of the book is "Small Gifts: very short stories with a touch of faith" by J. Michael Perez-me. It's available on Amazon, booksurge, and abebooks. I'm working on another.

This is an excerpt from something I'm working on now. It's a bit different from the first book-SMALL GIFTS: very short stories with a touch of faith-a bit darker, harder. I have a feeling this one will take much longer to complete.

He had a good job, and a wonderful wife. Yes, there were times he wished for more what with them having to take care of his invalid mother in law, and not being able to get away for more than a couple of hours-twenty eight years and counting. He knew his wife might be on the verge of a mental crisis-Joseph was just hanging on as it was. If it wasn’t for the job-going every day no matter what-he would have lost it a long time ago. So why was he looking at other women these days? There was more in his thoughts than just looking, too. He guessed all it would take would be an invite. He was shamed by it, but kept doing it anyway-fantasizing.
Joseph was one of the elders being around for forty years. He was just one of the “old men” hanging on for retirement-going for the maximum annuity. So many of his contemporaries had already gone on to either the grave or retirement he felt alone. The ones hanging on with him were just counting the days-they, too, felt alone. It felt as though he and they were being abandoned. It seemed as though he and they were in constant mourning.
The newly hired looked so young, forty or so years Josephs’ junior-just baby faced kids. The girls looked so very young like they should still be at home rather than beginning a career. Joseph was a butt man. He enjoyed watching those “two puppies in a tote sack” in their going away tight pockets. He was living in the sin of lust-he had to control his thoughts or his mouth would get him into deep trouble-bad enough he looked and thought he had better keep it all to himself.

The demon priest with the snow white hair, black eyes, and over white teeth with vampire canines sensed a rift in someone’s morality. He could tell there hasn’t been action, but the thoughts coming from this person were like a beacon drawing him in. All he would have to do is create the situation, the opportunity, and his primary mission would be complete.

Things are finally getting back to normal so, I hope to hear from people once again. Mother-in-law's ashes rest in a memorial setting in her bedroom and we light candles for her (battery powered) every night. I put a photo of it on my page. I'm writing again while my wife finally gets her medical workup after 30 years of taking care of everyone else to her detriment. She's finding out that being over 60 isn't the bed of roses she believed it would be. I'll be taking time to do… Continue

Since my wife's Mom passed it has been hard to get started or rather restarted on the project. It seems the writing has become darker-more foreboding. I think it's a good thing since I have developed my demon priest into something no one wants to meet in a dark alley. I expect to continue more on a daily basis-called manning up to the task regardless of that which surrounds me. There's still no joy with the first book-I don't know what I'm doing wrong except with working full time at the…

SMALL GIFTS: very short stories with a touch of faith

A very easy read for everyone except the very young-will need mom or dad to help.

It got a five star review. Was I surprised? You bet!

Learn about our rescue pup, too, with INTERLUDES between the stories. By the way, she's doing just fine after two…

Sorry to be away for so long

And so, she passed away. After almost 29 years living with her daughter and me, her daughter's husband, she passed away. It was Tuesday, 12 January at about 0530. She had refused to eat or drink those last three days. Her breathing was so shallow-stoking is what they call it-shallow and short. She just went to sleep and everything stopped. My wife called me to come home-I'd been at work for almost a hour-she was crying almost uncontrollably. She was alone with her mom when it happened. I got… Continue

May God bless you in all you do.

Masa Horie said…
Hi Joseph, thank you for your the information. Yes, I will join the group!

Mano Bakh said…
Hello Mr. Perez,
Thank you for your note. I would be more than happy to join. How big is the club so far.
Please contact me at:
Author@EscapingIslam.com
Thank you and Regards
Mano Bakh

Ann B. Keller said…
Welcome, Joseph! So glad you could join us.

Small Gifts sounds precious. I'll have to check that one out.