Lelue's Realm has not received any gifts yet

Give Lelue's Realm a Gift

Something About Me and My Book:
Hi I'm Samie Foster and this is my kind of page for my work. I used the name Lelue's Realm because it's the name of my website is easy to remember. But about me. i love to write. I have been writing since I was ten years old and just recently found a way to publish my work with out spending thousands of dollars. I love creating new idea, characters and world basing it all off of one question. What if? I'm just starting out and hope to make it some day. My friends tell me I will, but who can really tell the future. But I do love success stories stories like the rising independent filmmakers right now and the story of Starbucks. Those kind of stories give me hope. 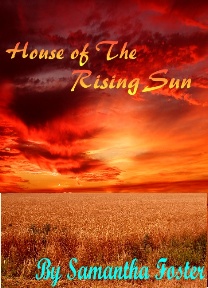 Kayla Trevino is now a LA cop. But she will never forget how her husband Eli was taken from her years ago. With the past being a extremely thing to forget and forgive, she is now working on a case of strange mass murder massacre. But when she witnesses her husband once again, alive, she dives head first into a world that she never knew existed. She finds that there are beings in this world both living and dead. She soon finds her self and a new police partner in a mess that they must survive. But how is Eli still alive? Who or what is really causing these murders? Why is this all happening? All the answers, Kayla realizes are in a place called the House Of The Rising Sun 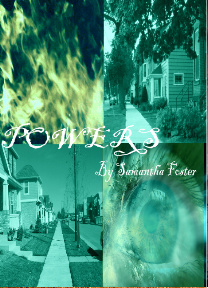 Hello, my name is Jin and there's nothing special about me. I'm just another teenager fighting the world of mediocre traditions trying to survive. I can tell you the number of the people at the bus stop every day. I also knows my neighbor hits the snooze button three times before he wakes up in the morning, and if you turn on the TV it's always the same old boring sitcom. You know I would wish for any way out. But here's the weird thing. You know that wish I made, it happened

When my wish to become invisible to the rest of the world came true, I was shocked. I had powers. I could be invisible as well as change my appearance. Yet it is a mystery to me of how or why? So I dig up my family roots and keep it hidden from my adoptive one.

And this is what I found out. I am not the only one with these powers, and these other people are not like me. They are willing to use them to their advantage to commit crimes and kill.

Yet when one steps over the line too far, I have to do what's right. At least if I don't, I know life will have to turn for the worse. Big Time

To save his sister, Leon Diaz travels to Paris, France to pay the ransom. But something terrible goes wrong. Leon wakes up seconds later where every one is dead and their blood is on his hands. His memory is blank of what had happened. And that night he dies of because of it. Now Leon finds his self in world of black and white. It is netherworld where the guilty on the run from hell and the innocent have their pathway to heaven. It is a world where he does not exist among the living. And in this ghost world, heaven rejects him and hell wants him. He find his self on the run. Leon must find a way to unravel what happened in those few moments right before his dead and find a way to redeem his self, from what ever happened.

Jake Taylor is a average kid, with average dreams. e works for his father at Palm's Inn He has dream of maarrying his girl friend Kris. But when something begins to drag a boy down into the Palm's Inn pool, Jake dives in to save him. In just seconds the two of them disappear without a trace. Two weeks later, Jake is found crawling out onto the shore of the pool in the dead of night. He's bruised and beaten. But that is half of it. Jake returned changed. He returned as some sort of mer-man. Things seems as though they from some sort of fairy tale. Yet this one quickly becomes a darker kind of take when the boy returns. He's more changed than Jake is and is no more of a monster that only used to be human. It's only then when they realize that there is something in the water that is a threat to every one in Palm's Inn

In this future, the idea of artificial intellegence has became a reality. The idea of androids is something that exist to any consumer on the outlook for a helping hand. Their given personalities. Their appearance is becoming more human with each new model. They are also becoming smarter and demanding things of their own. Mainly something they can't have. Freedom. Then technology made a leap that has never been made before. Trevor Burnside is a ordinary guy. He has a family. He's part of the team to track non-registered machines in the area. Yet what he doesn't know is he's already dead, and is something new entirely. He finds he has memories, and the same dreams, but some how he is only a copy of his self. But regardless of the fact that he finds that he may only be a ghost in machine, he finds his self on the run. He is on the run and is willing to fight to have his very own existance be a possibility. And in his run, he'll uncover a secret that will effect the future for every one entirely.

Heather McAlendin said…
Your page is great! Much success to you!