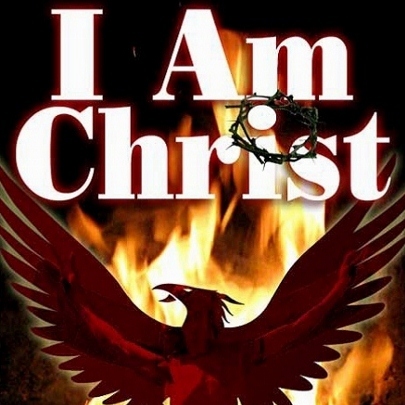 WIN A FREE signed copy of...

WIN A FREE signed copy of 'I Am Christ.' Register today at our newly launched forum.…Continue

I think it is fascinating how many religions openly criticize the ego, as a kind of fallen aspect of consciousness, yet, on the other hand, without egoticism, these same religions could not…Continue

Michael Sherlock has not received any gifts yet

Something About Me and My Book:
The title of this series, ‘I am Christ’, although sounding like the assertion of a deluded mind, is in fact a profound notion. Such a notion has the potential to end wars, reduce political corruption and ease social inequality, along with almost every other manmade evil brought about by the mental manipulation which has been the cornerstone of both religion and politics. This idea, which I have termed ‘I am Christ,’ is by no means a result of my own contrivance and dates back to a time before the alleged advent of Christ himself. Philosophers like Socrates and Plato propagated this ancient idea, along with more modern scholars such as Carl Gustav Jung, Wilhelm Reich, Albert Einstein and many others. In a nutshell, it describes a way thinking, independent from the belief system. It symbolizes a kind of cognitive freedom, a freedom which enables the individual to stand on their own feet and travel free, without the leading strings of belief imposing masters. It enunciates a type of holistic thinking and being, or unified consciousness described by Jung as individuation. Most importantly, it represents mental freedom! Although it is a useful and constructive way of thinking, it is frightening to those who have been at the helm of the sinking ship of humanity, since time immemorial. As a result of the threatening nature of this type of philosophy, the heads of both religion and politics have played upon a virus which exists within the minds of the many, ensuring that such a “dangerous notion” is denied the opportunity to take root amongst the meek, by turning people into dependent, self-policing heresy hunters. This virus is the one thing which has continued to safeguard our master’s ill-gotten power over us, a virus which we have affectionately called ‘belief’ and have worshipped to the detriment of our species as a whole. Should we be freed from the suffocating grip of this cognitive oppression, the balance of power between the multitude and our warders would shift; toppling the naked emperors that have subjugated humanity by the eliberate manipulation of this mental and emotional plague.

Our newly launched forum for all to join and discuss ideas. From freethinkers to Christian, Muslim and Atheists. Register to also WIN A FREE signed copy of the book.

Why the recent rise of Islam in the West?

The point of this article is not to assume a direct connection between “terrorism,” whatever that may be, and Islam.  Let me assure both Muslim and non-Muslim readers, that my opinions on the “war on terror” would be in-line with most Muslims.  The U.S is a tyrannical regime, an imperialistic nation, which has succeeded in spreading its McCulture across the world, and this point goes directly to the heart of this article.

Islam, according to more than a few commentators,…
Continue