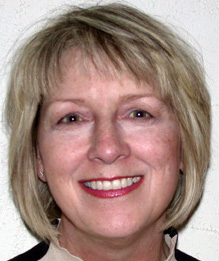 Penelope Stetz has not received any gifts yet

Give Penelope Stetz a Gift

My first book was published in May 1999. It came about because,, as a sales rep for Motorola Cellular Sales, I found myself answering the same questions from my clients, who were upscale end-users. The cellular industry was changing, going from two carriers to eight. I realized that I was having trouble getting answers, and I had an inside track. What was the average consumer going to do? So I began collecting all the questions I received daily, and began compiling them into a book. It ended up being a unique manual and reference about cell phones, titled The Cell Phone Handbook. Three years and 10,000 copies later, my editor asked for a second edition, which was published in March 2002. Meanwhile, my publisher and I decided that a smaller book would be a good idea for people who didn't want to know as much but wanted help when they shopped for cell phones. The Cell Phone Buyer's Guide was published in January 2002.
In 2004, my publisher went out of business, which resulted in my adding publishing to my desktop publishing and image/presentation business. I made a connection with a print-on-demand printer and my book is available at all booksellers today.

I have more books inside of me that include a semi-autobiography, a motivation book, and others.

I’m so excited. I have a HUGE announcement…

After many requests, I’ve taken on a new title: Internet Promotional Manager.

Now you can leave the time consuming and labor intensive promotional demands to me.

CALLING ALL WRITERS: “YOU WRITE - WE PROMOTE”

PREMIUM PROMOTIONAL SERVICES is the solution to ALL your marketing and promotional needs.

Please check out our new site and contact:
http://www.premiumpromotions.blogspot.com

Looking for a fresh approach from a new Internet Promotional Marketer?

How do you feel about exposing you and your book(s) to over a BILLION viewers online?

“You Write - We Promote” at PREMIUM PROMOTIONAL SERVICES.

John Kremer said…
Welcome to the Book Marketing Network. Please tell us more about you and your book.