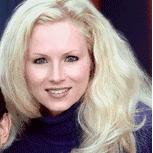 Something About Me and My Book:
I am the co-author of the adventure novel, Secret of the Sands:

For 12,000 years a dark and deadly secret has been hidden deep below the Great Sphinx of Giza. In present day Egypt, two archaeologists discover mysterious artifacts belonging to an unknown civilization. A frightening and awe-inspiring story unravels as the archaeologists race against time to decipher the dangerous knowledge they hold…

Buy kindle edition of Secret of the Sands adventure novel on Amazon...

Secret of the Sands has made numerous appearances as an Amazon.com BESTSELLER for the category "Books, Religion & Spirituality, Fiction", "Historical Fiction", and "Action Adventure"!

"A deep probing mystery riddled with prophecy and danger, Secret of the Sands uses Egypt and her mythology as a backdrop to delve into the meanings of life and religion." -McNally Robinson

"Rai Aren and Tavius E. have crafted a fast-paced, exciting novel overflowing with mystery and intrigue. The tension is constant. The characters fully developed. And the plot gripping. Ancient history and present day relevance are so expertly intertwined, that you might forget you are reading a work of fiction." -- Thomas Phillips, author of The Molech Prophecy


Secret of the Sands is available as an eBook on Mobipocket, OmniLit & as a Amazon.com kindle edition, courtesy of our publisher Bristlecone Pine Press/Maine Desk LLC


Secret of the Sands on MySpace

Secret of the Sands poster 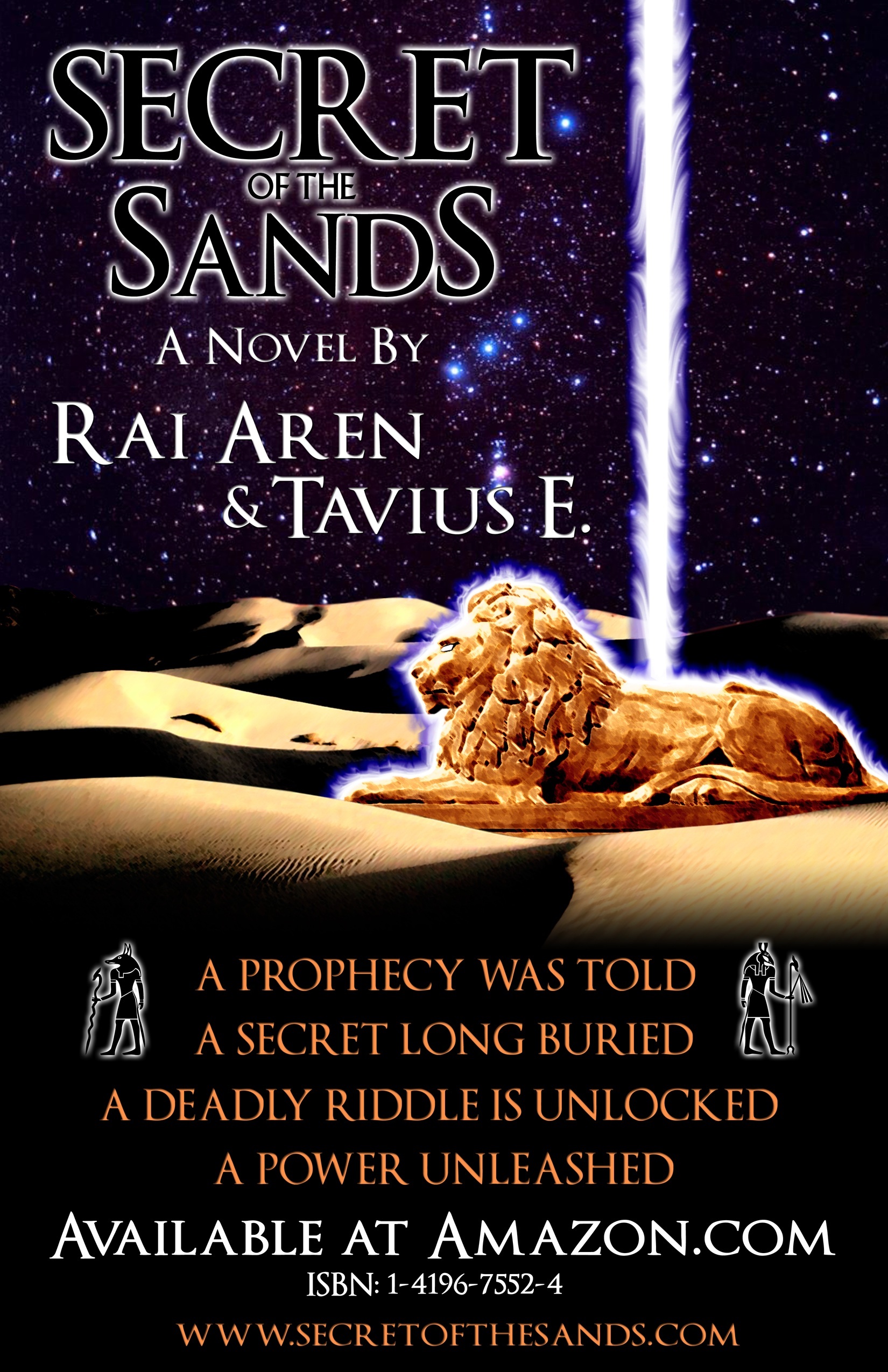 Secret of the Sands eBook is now also available on OmniLit!

I wanted to pass along some cool news - the eBook version of Secret of the Sands is now also available on OmniLit! We were honored that they added our book to their site.

Here is the link to our listing:…

I just came across an exciting new book contest that is open to books published between 2005-2009 in 40 different categories. We are planning to enter Secret of the Sands into the contest & I wanted to pass along the word:

Here is some info about the contest, which makes it so appealing:…

Secret of the Sands was again an Amazon kindle Bestseller!!

I just wanted to share our good news with you - this past week, Secret of the Sands appeared on the Amazon Kindle Bestseller list for Historical Fiction. Thank-you to all of you wonderful readers out there who are giving our mystery tale about ancient Egypt a try...

Here's a screen shot, we might have been higher than #89, but that's just when I noticed it:…

NEW! Cover for Secret of the Sands sequel

Destiny of the Sands is the sequel to Secret of the Sands, and is scheduled for a tentative release date of 2010:

Some secrets cannot remain hidden, and some cannot be forgiven…

This is our brand new cover:

Gorgeous, or what?!?!! I love it!! Many HUGE thanks to cover artist, Gary Val Tenuta, author of The Ezekiel Code, for bringing my vision to life in a way that exceeded all my… Continue

Hello. Rai My name is Fernando Sobenes and I want to invite you to read the prologue and the first two chapters of my novel: "The Evil Visitor" in my blog The Evil Visitor

The truth is sometimes stranger than fiction...

Saw your book trailer and was very impressed. I am a real life counterpart to your story line, so I am very interested in reading your book now.

Elizabeth Isaacs said…
Yaaaah! A friend I know! I swear sometimes it feels like moving to a new neighborhood. I always hated being the new kid on the block. Thanks for the invite, and I LOVE the new cover!

Red Ribbon
Just wanted to introduce myself and my blog, The Book Buff: Book Reviews for Regular People, check it out at http://www.thebookbuff.blogspot.com
From the Gift Store

Rai Aren said…
Secret of the Sands has joined HarperCollins authonomy.com website! Thank-you very much to Susan James who posted the information about it! The site is HarperCollins' social network for writers and book-lovers, as they say: "We're on a mission to flush out the brightest, freshest new writing talent around."

Of course, Secret of the Sands is dearly hoping to be one of the books from this online slushpile that they choose to publish! Our goal is to get a traditional publishing deal for a second edition, mass-market paperback version of Secret of the Sands.

Here is the link to our page on authonomy.com:

Rai Aren said…
Great news - we have been invited back for additional author signings at Chapters Macleod Tr.S. right here in Calgary! We will be making appearances this fall and into Christmas. Have we mentioned what a great gift Secret of the Sands makes?!

Rai Aren said…
I am delighted to that Secret of the Sands is repeatedly showing up on the Bestseller lists as an Amazon.com kindle edition (eBook)!! Thanks to everyone who is giving our brand-spanking new eBook a chance! One of our bestseller categories is Fiction, Action & Adventure! As one of our most recent awesome reviews said, our book is good for young & old. We hope you will check it out if you haven't already!

Debra Purdy Kong said…
Hi, Rai. Welcome to the network. I'm halfway through Secret of the Sands and am really enjoying it! Will post a view on amazon.com when I'm done.

SECRET OF THE SANDS by Rai Aren and Tavius E.
A never-before-seen twist on ancient Egypt…

In an Egypt before pharaohs and pyramids, a mysterious civilization nearly changed the course of mankind. Now its secrets are about to be unearthed – but is the world ready for the consequences?

Inspired by the best parts of Indiana Jones, The Mummy and National Treasure, Secret of the Sands by co-authors Rai Aren and Tavius E. is a captivating hybrid of historical fiction, science-fiction, and mystery. The story covers a time before what is in the history books, giving authors Rai Aren and Tavius E. the freedom to propose explanations for many of ancient Egypt’s unknowns still shrouded in mystery today.

The most unique aspect of Secret of the Sands is the dual intertwined storylines. Questions asked in the present are revealed as the past unfolds, slowly inching towards the stunning revelation. Who was this civilization really and where did they come from? What went wrong? Will they ever return and finish what they started?

Secret of the Sands is, at its heart, a love letter to ancient Egypt. The authors’ life-long fascination with the subject matter brings the story to life with contagious enthusiasm and genuine respect. Rai Aren was a member of the Society for the Study of Egyptian Antiquities (SSEA) for many years before and during her foray into writing, and took two (non-credit) courses in Egyptology at the University of Calgary. Archaeology & Anthropology were hands down her two favorite courses in all of her extensive post-secondary education. The novel has been a repeated Amazon.com Bestseller in the category of “Books, Religion & Spirituality, Fiction”.

Secret of the Sands educates while it entertains, and the work-in-progress sequels will introduce a deeper message and new theories when many aspects of Egypt’s past, our own past and certain mysteries of the universe are tied together.

About The Book:
SECRET OF THE SANDS by Rai Aren and Tavius E.
Exclusive Kindle edition available on www.Amazon.com and in multiple eBook formats on www.Mobipocket.com

RAI AREN
Rai loves the stories of Lord of the Rings, Harry Potter, The Da Vinci Code, Angels and Demons, Star Wars, Star Trek, Indiana Jones (her first kitty cat is named Indiana, Indy for short), The Mummy trilogy, The National Treasure movies, and The Matrix trilogy (take the red pill!), to name a few. She loves getting lost in these enchanting worlds and studying their underlying philosophies. Ancient Egypt has held a particular fascination for her since childhood. She feels right at home surrounded by Egyptian art and books.

Rai feels that novels have the ability to take us on magic carpet rides, allowing us to escape into fascinating and engaging worlds, where the stories become real to us. Some of her favorite authors include J.R.R. Tolkien, David Eddings, Dan Brown, James Rollins, J.K. Rowling, Anne Rice, Douglas Preston and Lincoln Child, Thomas Greanias, and Matthew Reilly. Storytelling is an ancient, timeless practice and is an integral part of who we are. For Rai, writing a novel is a similar, but far more intense experience and she is thrilled to be a part of such an honored tradition. She believes that these stories are out there, waiting and wanting to be told - that they travel the universe in search of the door, the conduit, to the soul who is meant to tell their tale. She hopes you enjoy the worlds she & Tavius have opened the doors to…

TAVIUS E.
Tavius E. (pen name) grew up and currently resides in Calgary, Alberta, Canada. He attended Mount Royal College and Athabasca University, majoring in Business and Accounting. Movies such as The Lord of the Rings and The Star Wars trilogies have ignited his imagination. Authors such as David Eddings and Dan Brown have inspired him to write.

He enjoys learning about ancient Egypt and archaeology. He sometimes looks up at the stars in the skies and wonder about all the amazing stories that have never been told. As a result, he and his college friend, Rai Aren, are pursuing their shared interests of being successful storytellers.