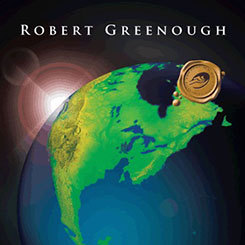 Robert Greenough has not received any gifts yet

Something About Me and My Book:
Wonderful Worlds is an exploration into the unknown, of existence after secular death, plus the creation and existence of the soul, with evidence of its actuality and purpose. Reconciling science and the religious, it explains the physical, cultural, and psychological evolution of the cosmos, solar, Earth, man, antimatter, and theology. This book was written by a common man, for the easy understanding of the common man, based on scientific findings, using reason and logic. - See more at: http://robertgreenoughbooks.com/#sthash.8XjTMGQg.dpuf

Dating from the Third Dynasty of Ur (circa 2100 BC), the Epic of Gilgamesh is often regarded as the first great work of literature. It is contained on 12 large tablets. Perhaps the most interesting story in…

Bible Stories: The 10 Commandments - Egyptian Book of the Dead Retold

Did Moses borrow the 10 commandments from the Egyptian book of the dead?