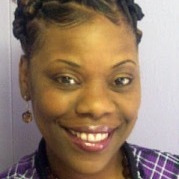 Vanessa Richardson has not received any gifts yet

Something About Me and My Book:
Vanessa Richardson is an author, poet, and playwright. Vanessa has written several stage productions and have been blessed to perfrom them at various venues.

Her stage productions includes. Mama Rainey, Someone To Love Me, Why Do Bad Things Happens To Good People? Lord, I Don't Understand, and The Fullness Of Time.

Once upon a time, she considered herself a closet writer, as she was painfully shy of sharing her written works with the public. An unforeseen bout of illness in 1999 would cause a change in Vanessa's life. "One day I woke up" would become her mantra for years. Vanessa wants her readers, to be aspired toward greatness, in spite of what circumstances, may dictate to them. "With God all things are made possible to them who believe" With faith we can leap over boundaries. We can break barriers and defeat the labels of rejection.

Vanessa realized that she had not just a story to tell but many stories. Relying on God; she wrote her first inspirational novel The Certain Ones. A spiritual impacting novel that inspires her readers to know that not everyone are called into greatness. Fact: Many can not handle the process that goes along with becoming great. Only the certain ones that endure can obtain greatness. Vanessa is currently working on her Fiction novel titled Love Found Me.

"When a man's ways please the LORD, He maketh even his enemies to be at peace with him." (Proverbs 16:7)

Why do certain ones suffer more than other people do? That is the question she wanted answered. The path of life is not just a journey but also an assigned one she discovered as she witness the journey of the lives of others.

No longer a peripheral bystander she will embark on her own private journey. On this journey, she deals with personal issues that have been handicapping her life. On her path, she encounters hurt and rejection. Hurt can cause a person to do things that they normally would not do. On the heel of self-discovery, she finds that she is not alone and that she was a certain one. Chosen for purpose. 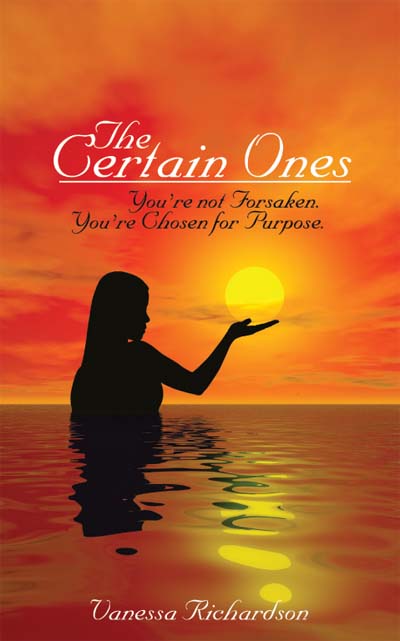 She was dressed in pristine, white garb. Its' radiance was amazing to her. For never had she seen such brilliance. Pondering this thought, she became aware that she had not consciously chosen her attire. Why was she adorned so? She began to mentally analyze the biblical significance of white. She would never have chosen that color for herself. Ever!

Recalling her many faults, her angst grew stronger. Obscurity was her place of comfort. As a child, she had always wanted to own a pet. Not typical pets like a cat, dog, or gold fish, such as other young people her age craved. No, she was exotic in her choice of pets. She wanted a chameleon. The chameleon is a master of disguise and change colors to blend in with its environment. She became enthralled with the chameleon from a book she read once, and became intrigued with the amphibian, since then. ....

White? She could never blend in. It was too difficult a task to achieve. There would be no hiding. Who had chosen this transparent color for her? She did not want it! Realizing she was getting nowhere with her ruminations, she resigned herself to the fact, that she would have to wear, the chosen selection. She forced herself to walk. ....

It was then she felt a powerful pulling. The pull was too powerful to be ignored. She felt the compelling command to walk forward. It was not a matter of if she wanted to walk. No, she had to walk. It was a calling. She was being called. Upon walking, she became enlightened, that she was in what appeared to be a tunnel. Bewilderingly, as confining as the tunnel was, she was not afraid.

For years, she suffered from claustrophobia, small places absolutely, horrified her. However, in this new moment, she was not afraid, in this confined place. The tunnel stretched onward. Inhaling, she continued her sojourn. The walk was the loneliest, she had ever taken. She did not want to do this, she inwardly denied for the hundredth time! ....

If you had asked her choice in the matter, she would have chosen differently. Her favorite color is brown. She would have worn brown. If you had asked her, she would be serenely sipping, her favorite beverage of Raspberry lemonade. Easy living was her place of comfort. She, however, was not asked, that was not to be her reality. The reality was she had been called. She had no choice; but to obey the summons. It was then that she felt a presence.

Walking the narrowed path for what felt like hours, an ending was finally in sight. She paused in front of a door. It was a burnished gold in color, it was beatific to look upon. She could see her reflection in it. She hesitated. Logic dictated for her to turn the door's handle.

Yet, somehow she sensed, that logic had no place here, faith was the key. Sensing, too, that what was about to take place far exceeded anything of the normal capacity; she turned the door's handle, vowing to deal with whatever was behind the door. And she would deal with it she avowed to herself. She felt strongly there would be no going back for her.

The bright light pierced her eyes, causing them to water. Moments passed, as her eyes acclimated to the brilliance of the light. She noticed there were six people standing in a line. Taking position at the end of the line she aware that she was the seventh person. The line's formation was now completed. The inward revelation caused her to shiver.

No one, on the line, acknowledged her presence. Their mien was one of determination. They were focused on what was ahead them. She felt the warming presence again. The warmth. The love. The encouragement. She was not alone. Expelling a shaky breath, she now felt ready.

She heard a faint, yet powerful voice state "Many are called but few are chosen. And you a have been chosen." Fear paralyzed her. These certain ones where chosen and she was one of them! What occurred next was all a blur to her. All she remembered thinking. I did not volunteer to be amongst these certain ones.

What a glorious day it was going to be! I'd planned my day a week in advance. Another lesson learned: Life can become unexpectedly busy. Yet in somethings, there are no lesson to be learned. Sometimes, you just KNOW a thing. I know to appreciate the beauty; that life has to offer me. With this thought in mind. I smiled enjoying my day of repose. I inhaled the saltiness of the fresh air. It was 7:00am. The earth looked revived, in its morning… Continue 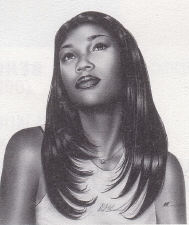 It was a winter wonderland. The trees limbs hung limp, burden from the fallen snow. The moon was full, illuminating the night with its revealing presence. Confused, she continued her lone walk. She was hurting, not a physical hurt. That would have been easier to deal with. This was an emotional hurt. The wind pulled mercilessly at her trench coat; but the woman ignored its pull.

Not even the rapid falling of snow… Continue

Karen Kennedy said…
I would like to introduce myself. My name is Karen Pfeifer CEO of Black Essence Awards
It is my pleasure to let you know that you have been nominated by your peers to receive a Black Essence Award. Our vision is to recognize people and what he or she is doing in their community or throughout the world for that matter.

In order to confirm your intrest please go to: http://blackessenceawards.ning.com
Sign up there
You will meet other nominees there.
The founder/president will contact you there.

Thanks for stopping by! Have a beautiful, blessed week...

Michelle James said…
Hi Vanessa!
I happened to be browsing and noticed a familiar face... yours!
How are you? I recently signed up via a friends' referral. Looks like a great networking site.
Well, I hope all's well with you.
Do have a blessed & productive week! Take care...
Michelle

Lily Finch said…
thank you so much, Vanessa. I get your powerful peace- even in your emails.

Lily Finch said…
thanks, Vanessa. I got chills reading about your book and totally relate to the message. I can't wait to read it!

Please send me your email so I can send you the Craig's List PDF.

Adonya Wong said…
Thank you, Vanessa, for your kind words. :)

Adonya Wong said…
The Certain Ones looks like a very powerful read. I can't wait read it.

Holly Spence said…
Header Banner Made with MyBannerMaker.com! Click here to make your own!

Donald James Parker said…
Thanks for accepting and you have a good weekend too.
Don