William Shatspeare has not received any gifts yet

Something About Me and My Book:
Universes are colliding. Characters from a tangle of universes—Star Trek, Marvel Comics, Star Wars, Harry Potter, DC Comics, Middle Earth and more—are colliding in a reality that has simply gone mad.

The evil, orange-skinned usurper, Uranus Blowhard, has hypnotized Amerricans with this mind-numbing MAGA chant. Blowhard is determined to collect the five Time Cheaters that will make him the most powerful roach motel tycoon in the Infiniverse. The only thing standing in Blowhard’s way is Captain Quark and his crack team of superheroes, The Funtastic Five.

Will Quark and the FF thwart Blowhard's scheme to conquer the Infiniverse? The only place to find out is in the brain-tingling pages of CAPTAIN QUARK AND THE TIME CHEATERS!!

Sci-Fi for a Better Tomorrow?

Good Day,
How is everything with you, I picked interest on you after going through your short profile and deemed it necessary to write you immediately. I have something very vital to disclose to you, but I found it difficult to express myself here, since it's a public site.Could you please get back to me on:( officialaishacbd@gmail.com ) for the full details.
Have a nice day
Thanks God bless
Aisha. 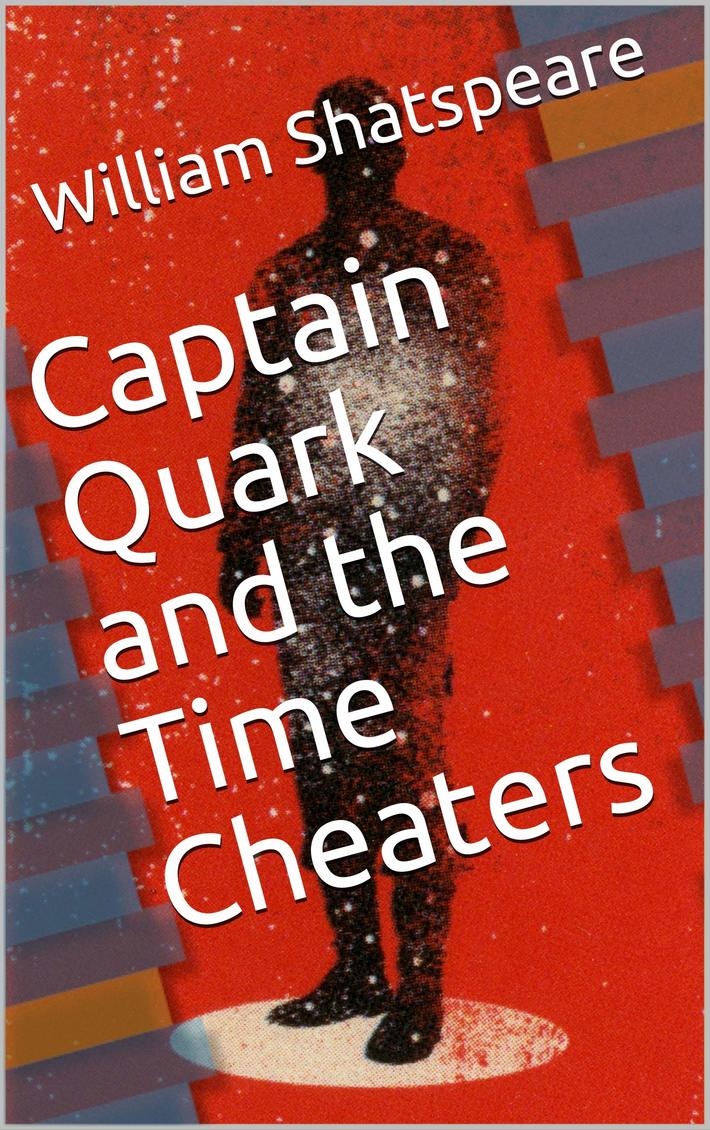 William Shatspeare is a pen name that Tim McGettigan invented as the nom de guerre for his first science fiction novel, Captain Quark and the Time Cheaters: Donald Trump’s Favorite Sci-Fi Novel - NOT!!

Tim McGettigan, PhD, is a professor of sociology at CSU-Pueblo who has been writing nonfiction for thirty years. Prof Tim views writing as a way of constructing new architectures of thinking that can transform fantasies into reality.

Consider, for example, Jules Verne, the greatest imagineer of the 19th century. Verne introduced his readers to steampunk wonders that blew their minds. Although Verne did not include assembly instructions for the ships, aircraft and rockets that he imagined, Verne did equip his readers with the expanded headspace that they needed to transform his fantasies into bold new realities. In the 19th century, Verne fantasized about the Nautilus, a wondrously-advanced nuclear submarine that conquered the north pole by brashly cruising beneath it. In the 20th century, the US Navy built the very first nuclear-powered submarine, named it the Nautilus and replicated Captain Nemo’s audacious feat by cruising beneath the northern ice cap--only this time they did it for real. Clearly, the engineers who built the USS Nautilus were inspired by Jules Verne. Through their writing, imagineers like Verne demolish the limitations of conventional thinking and inspire freshly-enlightened minds to create the wonders of tomorrow.

In Captain Quark and the Time Cheaters, I have taken the liberty of drawing characters and inspiration from a wide range of science fiction universes. Just as it took every hero in the Marvel Universe to defeat Thanos, it will require a big tent of beloved superheroes to defeat Captain Quark’s arch-nemesis: the evil, orange-skinned menace, Uranus Blowhard. My hope is that, by searching for new ways to work together, puny humans will find the hope and strength that they need to make the future a better place.