Twas the night before publication, when all through the house Not a creature was stirring, except my computer mouse. A few author copies were stacked on the table with care, In hopes that St. Opr…

Twas the night before publication, when all through the house

Not a creature was stirring, except my computer mouse.


A few author copies were stacked on the table with care,

In hopes that St. Oprah, would one day be there.


My children were nestled and snug in their beds,

While visions of royalty checks danced in their heads.

I’d just settled down to write a new… Continue 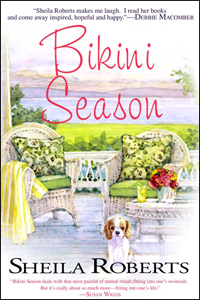 Join women's fiction author Sheila Roberts, author of Bikini Season (St. Martin's Press,) as she virtually tours the blogosphere in April on her second virtual book tour with Pump Up Your Book Promotion!
Sheila Roberts lives in the Pacific Northwest. She’s happily married and has three children. She’s been writing since 1989, but she did lots of things before settling in to her writing career, including owning a singing telegram… Continue

What Authors and Aspiring Authors Should Know:


I spoke to Chris Anderson who is the editorial assistant to Booklist. After speaking with him by phone he sent me a link with information on how authors can self-market their books to libraries (the information is provided on Author-Promotion website). Many of the reviewers mentioned on that list including Booklist only provide… 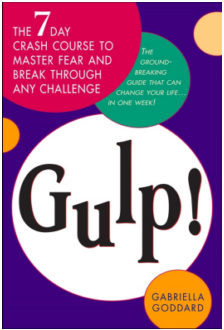 Join Gabriella Goddard, author of the the self help/personal development book, Gulp! The 7 Day Crash Course to Master Fear and Break Through Any Challenge (Bantam Dell, December '08), as she virtually tours the blogosphere in April on her first virtual book tour with Pump Up Your Book Promotion!
As a highly successful international marketing director Gabriella Goddard enjoyed an 18 year career spanning the globe including working in… Continue

i know sometimes ,
it can be hard to keep a positive state of mind,
with human nature messing with it all the time,

there's some place you can go,
where angers… Continue

Put Your Story in Print

Speakers at this Conference will help you:

Learn to start & end your story
Learn basic grammar requirements
Learn to inject purpose into your writing
Learn chop-shop editing techniques
Learn to write tight
Motivate yourself to write
Receive your BONUS: Package
Join us for the Writer Conference

Join Don Miles, author of the the nonfiction narrative history book, Cinco de Mayo: What is Everybody Celebrating? (iUniverse, January '07), as he virtually tours the blogosphere in April on his first virtual book tour with Pump Up Your Book Promotion!
Don Miles has been News Director for radio stations in New York City, (WPAT,) Connecticut, Florida, Nebraska and finally Texas. He has won “Best Newscast” award from the Nebraska A.P.… Continue Join children's book author Tony Robles, author of Joey Gonzalez, Great American (Kids Ahead Publishing, March '08) as he virtually tours the blogosphere in April on his first virtual book tour with Pump Up Your Book Promotion!
Tony was born in Brooklyn, New York. After serving in the U.S. Navy, he pursued a career in law enforcement with the U.S. Customs Service. He and his wife currently live in the Pacific Northwest and have two… Continue

Latest Review - A Study in Red

I received the latest review of 'A Study in Red - The Secret Journal of Jack the Ripper' today. This one emanates from all the way across the world in Malaysia.


The description of this book on Amazon.com… Continue

This Week at LASR and FREE BOOKS!!!

Kathryne Kennedy is appearing in our Author Spotlight this week and Terry Spear is being interviewed. Both of these talented ladies are giving away autographed copies of their books, so stop by for a chance to win.

And.. talking about chances to win, our review site we are giving away a book EVERY DAY in the month of April. Just stop in and leave a… Continue

Voice of Conscience by Behcet Kaya is a novel which begins with the main character in Turkey, narrowly escaping being murdered along with the rest of his family just before his sister's wedding. The intrigue and plotting of revenge follow this young man as he grows up, falls in love with and American woman, moves to California, and becomes a very successful business man. The book gives beautiful descriptions of… Continue

Behcet Kaya in his first novel, "Voice of Conscience" writes from of a culture foreign to the understanding of most Western thinking. He writes of a culture steeped in traditions carried over from generations past, a culture where family pride demands revenge once insulted.

The story begins with a young boy, Ramzi Ozcomert Junior, who had to flee his home in a small… Continue

Voice of Conscience is a haunting read. Rough hewn and awkward in places, it nonetheless delivers real nourishment for the thinking person to contemplate. And that's the problem. This book raises issues that we in the modern world, who enjoy the rule of law, don't have to deal with. I somehow wish the story could have ended differently, but given the protagonist's mind set, established in a culture far removed from our own, perhaps character is destiny.

One of the most important historical influences on literature is the classic Shakespearean Tragedy. Shakespeare's tragic heroes will be men of status and the misfortunes that transpire will be unexpected and extremely disastrous. The hero will suddenly fall from high status, honor, or happiness. We feel sympathy at the depths to which the hero is suddenly plummeted. As a result, the tragedy will be enormous. Such great suffering and misfortune will affect those he most cherishes. The principal… Continue

Voice of Conscience reviewed by SCU Library For Review It! / Whorl Books 2/12/08

Voice of Conscience is an emotional journey from the shadowed heart of painful human experience to someplace that provides hope but without facade. As the reader follows the protagonist through changes and mistakes and wise choices the humanity is real and raw. It is an uncomforatble book because it occasionally makes you stop and think and even after closing its final pages, questions and ideas continue to haunt. A strong start for what will sure to be an important new voice. Due to some… Continue

Smart enough to listen to good advice when I hear it

My Dad has always been a source of wisdome and common sense in my life. Even though I am long grown up, (debate on that point may be open), he stil manages to share with me little nuggetts from time to time, and I like to think of myself as smart enough to listen to good advice when I hear it. The following was written by George Carlin, and came to my attention via my Dad. You may have seen it, or heard about it, but it’s still profound and worth sharing.

A Message by George… Continue

This is the proposed cover design for my latest novel, 'Pestilence'. It still has a bit of work left to be done before it's fully ready, but I thought I'd share it with my frineds here. The artwork is by my brilliant friend and cvoer designer Graeme S Houston, the man who can actually 'see' my books in his mind, and then 'thinks in pictures' in order to design my covers. The man is a veritable genius and I don't know what I'd do without his amazing work on my cover designs. Thanks… Continue

Authors, If you need a place to get your message out. Here is the best place. Come by and share your work.

Here is a one of the shows I was part of with other talented authors who came to discuss our work and Obama run for the White House. You can be a part of a round table yourself. Please take advantage of this platform.

This is from my friend Ella Curry, She is always looking for quality talent. Please take advantage and stop by.

Greetings,
Allow me to introduce myself, my name is Ella Curry and I am the owner of EDC… Continue

Hi Everyone,
Boy did I have an unusual day. First of all, at the last minute I was asked to be a guest author at the Border Queen Book Festival held today in Comanche, OK. I didn't have time to get any copies of my first book, "Faith, Hope... and the greatest of these is LOVE"; and my second one isn't due to be released until April 20th. So, all I had was one book (for display only), 10 book markers, and my business cards. I offered to take orders, but nobody wanted to. I had a framed copy… Continue

As I wrote in my summary, this book I picked up because I'd read such a fine piece of fiction from this new press. I bought it for my neices, twins and thought I'd read it first. I wasn't intending to review it but I was really excited by finding such a fine piece of fiction and that in a nutshell explains how this book ended up being reviewed by me. If I find a good book, I want to… Continue