Book Review: ‘Death Is Always a Resident,’ by Lorraine Jeffery

Jan Myers is a widowed mom and director of the Forest Hills Skilled Nursing Facility in Ohio. One day she receives an unexpected visit from Detective Pollander from the Columbus Police Department, asking unsettling questions about a Mr. Packard Nickle, who used to be a resident but had suffered a heart attack and died…

Ties of Blood by Joleene Naylor

In the last two weeks I’ve seen much of the countryside, blocked motorways, new family members and a small rise in my book sales. We travelled up to Norfolk to meet up with our two great-grandchildren, Harrison and Archer. Archer was born in February but we hadn’t been able to see him because he lives in Cyprus. Harrison celebrated his third birthday while we were in Norfolk, but we lived in Spain when he was born, so this was a first time for the two little…

In a recent Indie-author group’s Q&A they bravely embarked on the subject of Google’s announcement of their demand on websites becoming mobile ready and penalising websites that do not meet their exactly criteria by lowering people/businesses ranking on their side of the worldwide web. 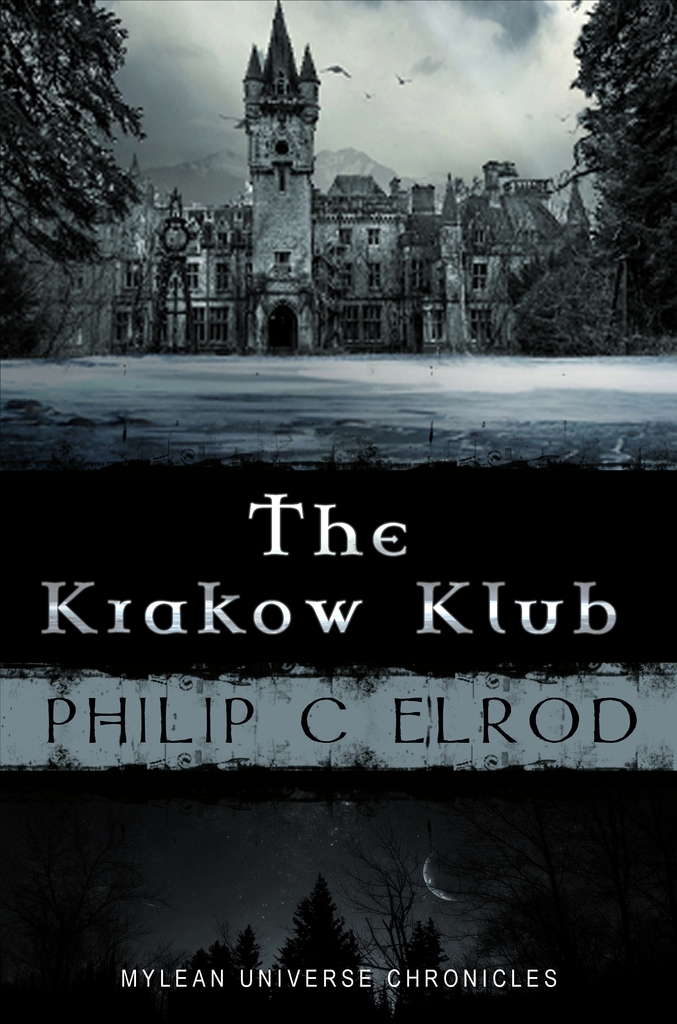 The Krakow Klub, by Philip C. Elrod, is a fast paced science fiction novel. It is the second book in the Mylean Universe Chronicles and the long anticipated sequel to Mylea.

The United States government is under siege. One man has the power to stop it. But will he? And at what cost? 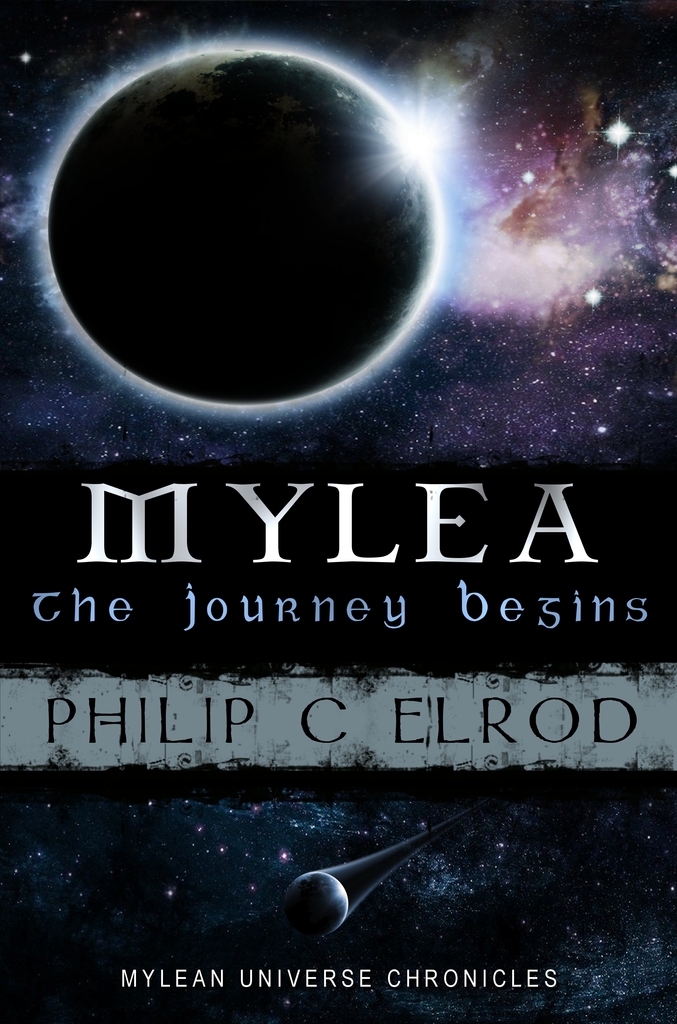 Mylea: The Journey Begins, by Philip C. Elrod, is a fast paced science fiction novel. It is the first book in the Mylean Universe Chronicles.

Mylea tells the story of a civilization that has achieved incredible technical and scientific marvels. Yet, now, they appear to be helpless to save themselves from the total destruction of their planet…

Jay Dubya's The Wholly Book of Doo-Doo-Rot-on-Me (Deuteronomy) Now in Hardcover at Amazon.com

Instant Expanded Book Promotions Across the Board

Blogging is a great way to promote your book. When sharing your book, Amazon page, Kindle Book page, Author's website and other pages of interest where your book can be found at, you are greatly expanding your exposure. 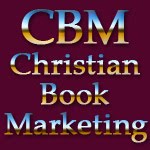 Contact Smitty at kingdomexpansion1@gmail.com and we will show you how to get your book on over 100 great sites that will expand across the…

Here is a chance to join with other authors in Christ and share the love and redeeming passion of Christ with the world.

CBM is publishing a series of books in 2015 and you are invited to take part in the second publication. The purpose of the book is to encourage and bless others. The book will be a collection of short articles (writings) from various authors just like you.

CBM will handle all the editing, file creation, book cover creation and marketing of the book…
Continue

How to Publish Ebooks to Grow Your Business

Whether you plan to offer free how-to books as part of your content marketing outreach efforts or you want to integrate ebooks into your revenue-generation efforts, there are a number of essential tools that you can use during the publishing process: http://bookpublicityservices.com/tools-publishing-ebooks-business/ 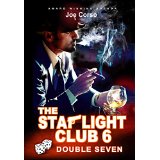 Bob is staying at his daughter Lynn’s house in Darien, Connecticut, as bad weather has prevented his return home. At times like these Lynn likes to take advantage of the opportunity to ask her father for some more stories from the famous Starlight Club…

Looking back over the years, Bob…

In the 1950s the Red Cross was working hard to reconnect families, and they actually found our father. I didn’t remember much about him at that age, I was about fourteen. Many German men were drafted into the army during the war, and our father was no exception. I must have been five, when I last saw him. I only recall him being home for a few days and then gone again. That was it. My memories of him were so few that I was wondering how to handle the situation. It was strange meeting him…

Okay, this article won’t be exactly about Grace “versus” Faith; it will be more like Grace “and” Faith, as they are intertwined. You see, we were usually taught by our parents to have faith in God during our childhood years when we were most impressionable. As children we learned that there is someone doing things that we could not comprehend and that we should have faith in him. In line with this, we were also taught to do good and to be compassionate to others in order to serve this higher…

As a child, we were taught to listen to our elders when they talk. The listening part was always easy; we can just nod, look serious, or just look blankly at the speaker. But did we always understand what was spoken? No, highly unlikely. Were we really listening intently? Did we understand what was spoken? Sometimes we do, but sometimes we were probably distracted by something else or our mind was preoccupied with some random thought that we found interesting.

The Tulip Resistance has just been released.  Author Lynne Leatham Allen Publisher Cedar Fort in Springville Utah.  You can find my book on Amazon and kindle or contact me at lynneleathamallen @ gmail.com

It is a fun read as well as educational.  With a touch of romance and a few tears, and a mystery.  You'll love it!

Interview with Joan Schweighardt, Author of ‘The Accidental Art Thief’

Joan Schweighardt is a former indie publisher who now works as a freelance writer, ghostwriter, and editor. The Accidental Art Thief is her fifth novel.

Connect with Joan on the web:

Have you noticed that TV shows these days advocate inappropriate behavior? We have shows like “Pretty Little Liars” (I think the title speaks for itself), “Baby Daddy (of multiple kids from different women)”, “16 and Pregnant (and proud of it apparently)”, “1 girl 5 gays”, “Drugs, Inc.”, “Nip Tuck”, and many more. After watching these shows the brains of most Americans are slowly becoming zombie-like, which is quite fitting since they enjoy watching “The Walking Dead”. My friend Berry…

Open adoption is a form of adoption in which the birth parents and adoptive parents have access to varying degrees of each other’s personal information, and have an option of contact in varying forms.  It can involve anything from yearly pictures and letters to emails, phone calls, regular visits, and so forth.

Open adoption is increasingly common today as a result of work done in the 1970s that suggested it was better for the adopted children. In 1975 open adoptions began to pick…

Have a hankering for a Western?

The Kindle version of The Tithing Herd releases today--a classic tale of revenge and redemption as a guilt-ridden former lawman strives to rescue the woman he loves from bandits holding her as ransom for a herd of cattle. …