So.  Tonight's the big night.  School reunion - thirty years since Year 10.  Hoo boy.  I didn't get to do all those tummy crunches I planned in order to slim down.  I was actually a somewhat hot-bodied teenager.  I guess I'm passable as a middle-aged woman.  Tonight the big questions will be answered: Who got fat?  Who went bald?  Who had a sex change?  Now, what I'm fantasing about is that my old classmates will rock up with copies of my novels for me to autograph.   Pie-in-the-sky pipe…

Cody Toye has a way with fantasy/paranormal/ sci-fi/horror. He has done it with his series “Intangibles” and he brings those skills to bear here in “Clone Zone”. The digital short story is quick, furious, and rampaging. This is the 24th installment in The Author’s Lab/Collaborations series and it is a barnburner. Surprisingly the cast of characters is small yet many, basically because they all look like the same person. This story is under consideration to become its own…

New Book “The 4 Essentials: A Path to Success & Happiness”

Lessons learned in classrooms or even through work experience are extremely important.  That said, those learned outside the classroom or boardroom — the real-world essentials — are critical to success as well.  In his new book, The 4 Essentials: A Path to Success and Happiness, successful entrepreneur Cliff Michaels brings to life what he calls a Real-World MBA, a Master’s in Basic Abilities.

Do You Want Grass With That Bacon?

Do you want Grass with that bacon”?

The wind was blowing hard, the canvas snapped and strained as the rain beat down; I was half asleep listening to the howling wind when I heard a loud crack, the canvas went slack and began…

No, it's not a delicious frozen treat for when you settle in with a good book.

I'm talking about Giovanni Gelati. Maybe you've heard of him? Trestle Press front man, anchor of the Author's Lab collaboration series, social media and internet marketing whiz. I wrote "A Prince in Trenton, Seriously?" with the guy. Yeah, that's him.

I grew up among bombed buildings and hearing stories from my parents about the difficultes of air raids, so it was little wonder I’d always wanted to write a novel with World War II as its theme. When I found out about the shameful and extraordinarily cruel internment of Italian men in 1940, I knew I had an amazing event around which to build a story. Internment of Italians happened in Britain, where I set the novel, but it also happened in the United States — California recently apologized…

There is No Need to Review, Relive or Blame the Past

Nick, of Time - Review by Martha A. Cheves, Author of Stir, Laugh, Repeat and Think With Your Taste Buds


“…please, won’t somebody help me?” his voice barely touched the darkened space while he did his very best to… Continue

Greater Than the Sum

I have really been enjoying myself working on the "One" series. Thanks to Giovanni, I have had the opportunity to explore my own thoughts, but also work with my father as a writer.

With October only a… Continue

I am noticing a trend here, each of Layton Green’s titles have two words in them. First there was “The Summoner” and now “The Egyptian”. Personally I don’t really care; I just enjoy the main character in both, the Dominic Grey, wait that was three words. Okay enough joking around. Layton Green’s novels are infused with common things, science, extremes, and action. A nice formula. There seems to be no middle ground.. What his formula…

Coming This Fall - Man of God by Author Debra Diaz 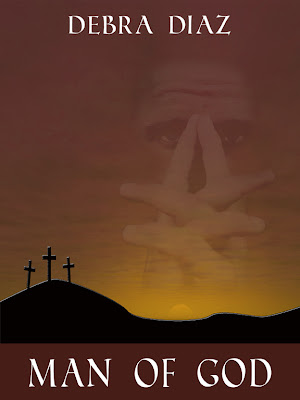 “Man of God” by Debra Diaz, sequel to the her first epic novel, “Woman of Sin”, continues the adventure and saga of true love, dedication, perseverance, romance, undying love for family and for Christ. Beautifully and masterfully written, author Debra Diaz, delights the reader with her descriptive…
Continue

Write it Right made Amazon's Top 100

An Inside look at S.L. Schmitz,author of the new Cliffhanger Series with Trestle Press; "MIna's Daughter..The Harker Chronicles"

I love S.L. Schmitz's work! She has a new digital short story series with Trestle Press called "Mina's Daughter..The Harker Chronicles". Volume one just released and she will have a new installment in the series on the 15th of each month. If you enjoy a well told tale or are into Vampires, Werewolves and Steampunk, this is it for you.Grab it and go for the ride.Here is a Q&A for you to get a better feel for the author:

Bethany House is the publisher of this novel and they do an excellent job of producing a rich, multi-layered story. I have not had the pleasure of reading a Davis Bunn novel before, but very quickly I have become a fan of his writing. “Lion of Babylon” is a look at Iraq and Iran through the eyes and hearts of a variety of characters painting a picture that is surreal, consuming and confusing. The viewpoints hop around from character to character and give all sides of the dilemmas that plague…

In lieu of the upcoming release of Containment Room Seven by Permuted Press, my new short story collection Whispers From The Dark is being released now!  It's up on Smashwords in Ebook form now for only 2.99, and the Kindle and print versions will be coming very soon.

You can check it out here:http://www.smashwords.com/books/view/92378

A Marketing Activity that Worked Wonders for My Book Sales: Giving Away Free Books

I have given away a number of copies of my book, Come Back Early Today. This has had three direct beneficial results.

1. Several friends of people I gave books to purchased copies for themselves. For example, I gave a copy of my book to my vet and five of her staff members immediately ordered copies.

2. Some people who got free books subsequently… Continue

Just because I read plenty of digital short stories , novellas and full length novels that have plenty of horror, thriller , suspense, death and mayhem undertones does not mean that I can’t take a back seat from that and enjoy a nice wholesome read on the Amish folks I so do enjoy. Okay, I like their cooking, but so many other people.

Karen Anna Vogel’s writing for me is unique and has a viewpoint and narrative that I have come to quickly enjoy. Her take on the “Plain” people is…

“Find Her” marks the birth of a new digital short story new series and a new action character I really enjoy. Mike Dalmas is the character that Jochem Vandersteen has created and the universe in which he places him is interesting and dynamic. The setting is something like middle class suburbia, yet not, but the action and the hero seemed all too real and cut from today’s headlines.

Mike Dalmas is an ex-Special forces type but with a twist; the guy actually has a wife and kids and has…