Kai Strand is available for speaking and signing events. 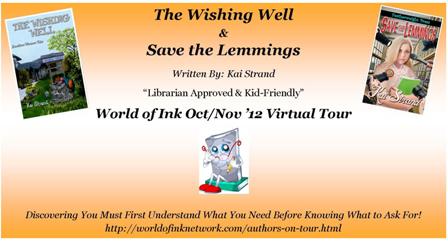 Gabriel’s Chalice – Review by Martha A. Cheves, Author of Stir, Laugh, Repeat; Think With Your Taste Buds; A Book and A Dish
“This is CNN…good morning. We have an abundance of international news to cover today. We will start with Fred Wallace, just outside of Yellowstone National Park. Fred?” “Good morning. As you may remember,…
Continue

In Defense of Crazy Cat Ladies

Right now I have the matron of the house standing guard by the computer making sure I write positive things about the tribe. Gemini, who entered my life on my birthday, allows me to tap at the computer keys for just so long, then reminds me to take a break by crawling into my lap for a few strokes of her own.

The other four are off doing their own thing: Kitler is asleep on a cardboard box, a favorite spot of all cats (along with the step stool, the…

No, mind my isn’t in the gutter right now, I’m talking about how hard it is to sell books. I’ve been writing since I learned how to hold a pencil, I’ve won contests, had a top NY agent, and have written and/or published a dozen novels. People ask me where my ideas come from and I can’t give them an answer. All I know is that ideas for stories DO come and the urge to capture them on paper is overwhelming. I’ve been known to jot down notes on whatever I can find, tiny pieces of scrap paper,…

What is "The Crossover Alliance"?

Yesterday I was lucky to have three authors on my blogtalk show The G-ZONE: David Stearman, author of “Hummingbird”, William Tasch, author of “Outlaw Salvation” , and David N. Alderman, author of the “Black Earth” series of novels.

They are all “Edgy Christian Fiction Authors” . We explored that topic among many others and one other thing was discussed, David N.…

Have You Heard? Murray Pura Has Just Started A New Series! 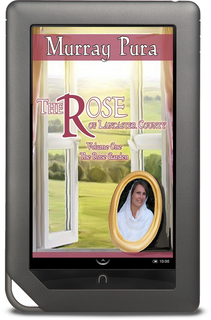 Rose Lantz is overjoyed with her life. Her Amish family has a lovely farm in the Commonwealth of Pennsylvania, she has a good friend in Lydia Beiler who loves to quit with her, her faith in God is strong and her Amish community warm and supportive, and she is engaged to be married to a handsome young man. But she came to the American Colonies when she was 10 and…

Circumcise my sinful heart completely,
cutting away the unnecessary leaven;
give me Christ’s aching heart for others,
that they may hear the message of Heaven.

Consume my existence with Your Presence;
permit my measure of faith to expand;
train my tongue the fervency of prayer;
demonstrate O Lord, the working of Your Hand.

As a Child of promise with sober reflection,
allow me to share Your anguish for the lost.
Wash over me with the wisdom to…

Many have heard that “No man is an island.”
And over most circumstances, no one has control.
So I ask you… “Have you found purpose for your life?”
“With your identity, are you fulfilling your role?”

Escape the snare of delusional grandeur,
for God Almighty has an assignment for you.
Are you prepared with your life skills
and has your Kingdom mission come into view?

Do You Know What An "Amish Circle Letter" Is? Sarah Price Explains! In Amish Circle Letters, follow the journey of a series of letters that pass through the Fischer family. As Amish do not use computers or cell phones to communicate, Amish women will often write circle letters, letters that they send to a list of addresses of people that they would like to include in the correspondence. Since they do not have access to photocopiers, the… 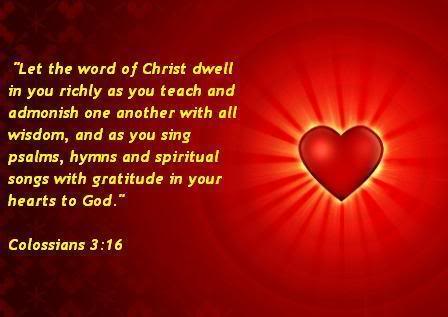 Nook just unveiled its new tablet today. Watching the interview on CBS this morning with the president of the company he was asked if he thought traditional paperback books will disappear in thirty years. Although, he wouldn’t give a definitive answer (because Barnes and Noble still have over 600 bookstores nationwide) it was apparent that he thought so. Though Barnes and Noble have outlived most retail book outlets, I do believe those days are numbered. Getting into the ebook revolution by…

Today marks the final stepping stone in a journey started over one year ago. It is available now for ONLY 99 Cents on Kindle - http://goo.gl/GE6k1. Also on Nook, iTunes and Kobo. Keep reading to find out if it really is the end of One.

This is an announcement about the Visalia, California TASTE OF ARTS event. I will be there as a local/regional author in space F7, for one day only on Saturday September 29.
The Taste of Arts event runs from Thursday, September 27 through Monday October 1 at different locations around town. This Saturday location is at the OLD LUMBER YARD, on Oak Avenue and Garden Street.
Here are a few important reminders about Taste the Arts, regional art fair on Saturday, September 29.
All…

The Universes are Showering You with Joy

A Peace Wish for You

Happy Friday! I wish you peace on this day, International Day of Peace, and always.

A smile for a friend, handshake for an acquaintance, hug for a family member, or supportive words for a spouse, these are ways we can start to express our wish for peace.

Peace can affect everything that happens in our world. An individual’s inner peace, or lack of it, can affect the peace of his family in a positive or negative way. For instance, a peaceful person can be a joy to be around, a…

Book excerpt (For I Am Zeus: A Collection of Plays About Greek Mythology)

'Til Death Do Us Part

At rise:  ATHENA sits at her desk as HERA sits in a chair tapping her foot impatiently and glaring at the empty chair next to her.

HERA
I knew he would do this!  The bastard’s always late!

ATHENA
I’m sure he’ll be here soon.  He probably just got caught in traffic.

HERA
I doubt it.

After almost eleven months of continuous, daily writing I finally wrote ‘The End” on IMAGINATION. Well, I don’t actually write those words since it’s not industry standard anymore, but I did write the final, conclusive last sentence of the novel. Ah, what a feeling! This being my eleventh book, it still never ceases to amaze me how a story can take on a life of its own. If I were to look at my original notes on the concept for the story from last year and compare it to what I actually…

REGENT is book one of The Balance of Power trilogy, which continues the story that began with The Dawning of Power trilogy. Catrin Volker's tenuous ties with the regent dragons, as well as with her own people, will be tested. Black…