Solution for the Book Marketing Conundrum

In these challenging times, authors like everyone else are being forced to streamline their marketing campaigns. Yet the need to promote has become increasingly more important to a book’s success, creating a conundrum for authors, publishers and public relations firms alike. Every dollar spend must be maximized to its fullest in order to reach not only the specific target audience but the general reading public as well. With the increasing… Continue

The First Step in Manifesting is Knowing

The First Step in Manifesting is Knowing

Recently I asked what I wanted from my life, what did successful mean to me? I needed to think about it for a while. Being a Gemini, there is so much that I wanted for myself and others-eye, there be one of the rubs. For as much as I may want the world to be peacefully wonderful, it is not my right or responsibility to make it so. With so much diversity of paths and soul challenges, there is no one quick fix solution--no magic wand or one path… Continue

Traverse City, MI With Black Friday kicking off the holiday shopping frenzy, people are once again searching for the perfect gifts for their family and friends who enjoy reading the fantasy genre. With critics giving, Theresa Chaze's Dragon Clan Trilogy four and five stars, these novels would make ideal gifts for Wiccan and Pagans as well as anyone who enjoys an excellent fantasy novel.

Days of Our Lives, Romance Novels and Rape

Days of Our Lives, Romance Novels and Rape


Sometimes it's strange how when you ask like a question, you get the answer in the weirdest way. I could never understand why so many were in favor of the pairing of Sami and EJ after the rape. It didn't make sense to me until the universe pointed out an old belief or behavior about women's sexuality.

It has been long believed that only whores or sluts enjoyed sex; good girls and women closed their eyes and pretended to like… Continue


Traverse City-Valkyrie Publishing offers cost effective video production services for not only books but also other products and services. With the increasing number of sites, which offer video placement, online marketing and promotion is now available no matter how small of a budget.

Book trailers, also called book videos, are the wave of the future when it comes to book marketing and… Continue

Copyright: How to Protect Your Work

Copyright: How to Protect Your Work.

Some where along the way someone started the rumor that by simply writing a piece a writer automatically has the copyright--that US Copyrights are unnecessary to protect your work. I have also heard that the process is very complicated. All three are untrue. Mailing a copy to yourself and leaving it unopened to keep the postal stamp valid is call the poor man's copyright. It is a good temporary way of protecting your work, however it is only… Continue

Days of Our Lives

For generations Days of Our Lives has been not only much loved but the top rated Daytime soap, being the leader in suspense, drama, romance, and comedy, as well as social issues. As the sand fell through the hour glass, we laughed, cried and waited with baited breath for Monday as the cliffhanger left us dangling on Friday. We had a our favorite heroes and villains--couples we cheered for and those we knew who were doomed for failure. When it became clear that the writers no longer had a clear… Continue

Daytime Soap Operas: Bringing Back Storylines Based on Suspense, Drama and Romance

Daytime Soap Operas: Bringing Back Storylines Based on Suspense, Drama and Romance

Saving Days of Our Lives


Although it is widely known that bad press is better than no press, bad advertising is worse than not placing ads at all. Whether print or media, a poorly crafted advertisement will reflected poorly on the product and all companies involved. Whether it is the message, the graphics or the venue, if the commercial isn't up to industry standards, it becomes a liability instead of an asset.

With the increasing number of free video sites on the internet, book videos or book trailers are becoming an increasingly effective tool for book marketing. By combining voice-overs with appropriate graphics and music beds, trailers have the ability to not only create interest, but increase book sales. However, many authors, publishers and PR firms have been afraid to put them in their… Continue

Need a Book Trailer? Let me help you

The newest online marketing tool for authors is the book video, which is also called a book trailer. By combining video with a voice over and music, the author can promote not only their electronic book, but also their print books that are available through bookstores. More than an ad, the videos are able to go beyond the synopsis to give the reader a deeper understanding of the book. Trailers combined with SEO keywords make an effective marketing tool for both fiction and… Continue

Book trailers are more than images set to music, nor do they just a recap of the book synopsis. In fact, they are an effect promotional tool that will create interest by going beyond the synopsis to the "heart of the book. Although, book trailers are considered promotional material, they are in reality an advertisement. The difference lies in the length and basic format.

Nearly everyone has read the "do not buy gas" or which gas companies uses which country's oil postings that have been circulated around the net since the price of gas has started to skyrocket. Neither of them are particular effective. The loss of revenue from one day will not hurt the oil companies, especially when they know it will be made up the next day.
Secondly, oil companies mix and match… Continue

Need a Book Trailer: Let me create a Multi Sensory Experience for Your Book

Book Trailers are an effect way to promote you book. By combining audio and visual components, you can entice readers to see out your work. Let me create a promotional piece that will show you book in a professional and creative light. This is what I can do for you:…

Dragon Domain--Book Two of the Dragon Clan Trilogy (978-0-9798406-1-6) Cheyenne and Celeste came to Coyote Springs to save a child; instead, Cheyenne found a home. With the help of their new friend, Jane, they created a spiritual sanctuary. But when Celeste stopped running, her past caught up with her. Dominic arrived with promises of love and passion. Instead of love, he reawakened Celeste’s dark side, turning her against those she loved the… Continue

Celtic Goddesses Reawaken in a Magical Tale of Love and Betrayal 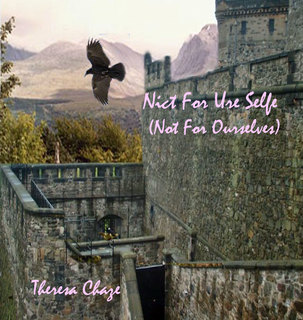 Magic, romance and karmic justice combine in a new Celtic fantasy novel from Theresa Chaze. Released as an ebook, which is available on her site, as well as part of the Amazon Kindle program, Nict For Ure Selfe (Not For Ourselves) honors the Celtic Goddesses and the Wiccan tradition. Unlike most authors, who write magical fantasy, Theresa Chaze… Continue

Brekleby Press: A New Sci-fi Novel of Time and Truth 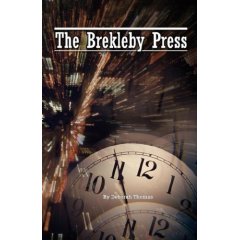 Brekleby Press: A New Sci-fi Novel of Time and Truth


In true sci-fi fashion, The Brekleby Press (ISBN: 978-0980107302 ) asks the questions how much do we really know about our past and do we really want to know the truth? Deborah Thomas creates a world where the reporters are no longer limited by time and space; instead, they become guardians of the past, who are not only able to observe history as it happens, but to retrieve… Continue

Messages From the Universe--A Free Ezine 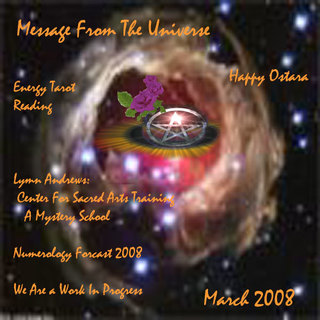 Greetings,
Here is March 08 Messages from the Universe. This issue includes articles by Lynn Andrews, Theresa Chaze and many others. As always you are welcome to share the ezine as a whole; however, the articles remain the property of the authors.


There is an issue with Geocities that I will have to contact them to take care of. Normally, there would be a direct link to Messages, but until I able able to talk to a live… Continue

A Book Trailer I created: Islands of Mak-Naw

Authors: A New Ebook on Writing and Marketing Your Book 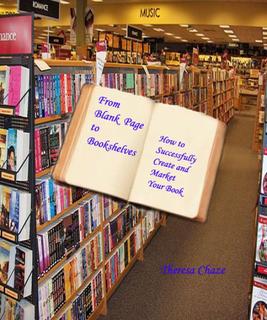 Authors: A New Ebook on Writing and Marketing Your Book


From Blank Page to Book Shelves--How to Successfully Create and Market Your Book is a new ebook, which shares writing tips, and marketing strategies, which will make your publishing experience more successful. The marketing information includes how to effectively use SEO keywords in press releases, chose a publisher and low cost to free promotional options,… Continue