Boy, does he smell!

Saturday was Animal Kingdom day at Disney for us. The best part was that the trip was great for my figure. I must have lost a few pounds in the scorching heat! So what does one do when it’s so blistering hot? What else, you get a crispy funnel cake sprinkled with powdered sugar and enjoy it to the fullest.

I know, I know, crazy…but sometimes we need to do nutty things. We munched on that sweet treat and headed to the bird show.

"Sorry to have to ask you this."

I lean over the table at our favorite restaurant. “I need to go to the ladies room.”

You’d think by now I’d remember to take my white cane so I don’t have to bother hubby. Sigh.

He takes me by the hand. We circle around tables and head down the hallway. When we reach the bathroom door, I hand him my purse. He opens the door, and whispers. “Go a little to your left.”

Games for the Blind

There’s no such a thing, is there? Since I’ve not found games specifically for the blind, just about any game can be adjusted to those with low vision. I remember playing horseshoes when I lost my sight. Someone stands by the target spot and taps the metal, creating the sound to guide my aim. Sighted folks use their eyes to see where to throw; I use my hearing with the same goal.

Through the years I’ve tried crazy things, even drove a car once. But last night my son invited me to… Continue 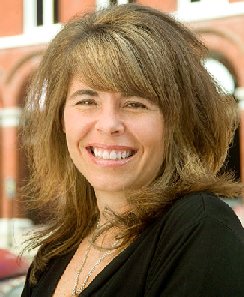 Abusive homes, confused parents, ineffective system, frightened children. This scenario adds to the true crisis in our society. But God hasn’t forgotten children in these situations. He put in action an author who believes in advocating for these children and thus, through her own experience, bring to light the reality of their plight.

Her book is informative,… Continue

How to File Bankruptcy

That inquiry has become more common each day. Anxiety rises, worry presses on, uncertainty hovers above us and even the rope of job security is frayed.

You and I know this doesn't catch God by surprise, nor does He leave us without answers, solutions or ways to cope and bring back reassurance and peace.

He begins with this instruction:

“Don’t worry about anything; instead, pray about everything. Tell God what you need, and thank Him for all He has done. Then you… Continue

Is there such a thing? My answer from first-hand experience says a resounding “yes.” Folks have asked the details. How did it happen? How did you find out? What did he do?

I look back at that time, how devastated I was. But those memories are like a difficult work-out—it hurt; at times it stung. But afterwards the results made us both stronger.

What was the secret? There was none. Forgiveness is no secret. It's as big and bold as a billboard written across the pages of… Continue

A Cure for Loneliness--the International Companion

A friend with a vibrant mission ministry in Japan writes:

“The train was hot and crowded. We were a little anxious (and excited) as we headed to Yoyogi Park for a day of evangelism. We noticed a young high school girl take off her headphones and come stand near us as we rode. It wasn’t long before the girls on our team struck up an animated conversation with her (hand gestures and all). It was then that they noticed that there were many scars on her wrist. She said that because of… Continue

A Scrapbook of Christmas Firsts

A SCRAPBOOK OF CHRISTMAS FIRSTS

A wonderful new gift book, A Scrapbook of Christmas Firsts, is available in October for Christmas giving. Today, I’ve invited the six coauthors to share their unique story of how they came together to publish this exciting book full of stories, recipes, tips for simplifying the holidays and so much more.

Please visit my blog at www.janetperezeckles.com to view the story in its… Continue

The devastation is evident, the threat is fierce and the results shake our lives. Those same reactions rumble in our hearts when facing emotional hurricanes—familiar to so many.

I’ve survived a few in my lifetime. And the help I received came not from the Federal government, but from the faithful God. He watches the winds howl, the waters of fear gush against us, and the flood of gloom that fills our hearts.

But great news—His relief is timely, complete and trustworthy. So… Continue

My memories of that date vary a bit from most. On the first anniversary of that horrific event, we buried our 19-year-old son, our youngest of three. The airplane of horror also crashed into our hearts setting flames of anguish to destroy our world.

So, what do we do with the memories, those that haunt our nights and cast shadow of sadness to our days?

The answer came to me with softness of dawn when erasing a black night. It wasn’t anything profound, deep or even mystical… Continue

Will I need to seek that next? A crazy thing happened the other night. I was sound asleep, when a nudge woke me up. It was hubby handing me a glass of water (he keeps one on the nightstand by his side of the bed). Half asleep, I took it and baffled by this bizarre gesture, I wanted to ask for an explanation. But, to my shock, he was sound asleep.

With the glass in my hand, I wondered what to do, trying to figure out what was going on. So, I pulled off the covers, went around the bed… Continue

Sarah Palin’s family affairs analyzed, election campaign gets tense, the economy gets shaky, and companies are closing down.

Sad news in the home front. But while submerged in our own issues, most are unaware, and totally oblivious to the horrors that are now touching our Christian brothers and sisters lives. I received this two days ago from my friend whose husband is the President of BCM (Bible Centered Ministries International). The details knocked me to my knees in… Continue

What if you and I made this commitment – are you game? Ready? Raise your right hand and repeat:

“I will not let myself rest. I will not let my eyes sleep nor close my eyelids in slumber until I find a place to build a house for the Lord, a sanctuary for the Mighty One of Israel” (Ps. 132:3-6).

What a pledge, huh? If you and I committed to build a place in our heart, our life, and our home a place where we can run to when life piles on us, when tasks pour down like sleet,… Continue

I hate my life!

Long ago, when I had to interpret those words, a myriad of feelings slid through my head. What could possibly drive someone to utter that gloomy phrase? Are there events that pile up in such a way that you reach the end and all that’s left is hate?

I’ve had days where bad news stomped in like muddy shoes on a clean floor. We don’t expect it, and aren’t ever prepared. You probably have been there. The routine, the details of daily life follow through uneventfully. Until a phone call,… Continue

I should say stupid things "I" do. “Can’t find my cell phone,” hubby murmured as he paced from room to room.

“Where did you use it last?” I asked, as I picked up the home phone to dial his cell—a tried and true way to find lost cell phones these days. But no luck.

We did a mental trace of the places it could be. The next morning, still discussing the possible spots where he might have left it, we hopped in the car and headed to church. We looked under the seats, in the… Continue

He's at my window, the ugly stalker...

Like dangerous intruders, tropical storms, often a prelude to hurricanes, still dance outside in some parts of Florida. That eerie feeling washes over me. I can’t help it. My mind works overtime at the sounds outside—the whistling, the roaring, and the drops of rain as they pelt against the window—a monster outside—one that stalks our senses.

Each sound stirred memories of past hurricanes. But more devastating, the reminder that the darkest of stalkers roams around even during sunny… Continue

Florida Prepares for the Arrival of a Hurricane

Been there, done that. I’m sure all of us in Florida echo the same. But how do you really prepare? Water, candles, flashlights, canned food all line up just in case.

But preparing emotionally is something totally different. The aftermath of Charley, Ivan and Jeanne stir ugly memories. Yet in the midst of weather reports, announcers’ warnings, pointing out potential dangers, and making suggestions, thoughts still wander to the “what if.”

Those are our human reactions,… Continue

How to Publish A Book

Some people want to know that very thing. We all want to accomplish something, meet a goal, and delight in the victory when reaching that milestone. Maybe yours is in fact, to write and publish a book.

But that desire never visited my thoughts. Once I lost my sight, I kept my eyes on Jesus, the one who gave me a new vision.

And one day I sat at the computer and, with the aid of a special voice synthesizer that reads the screen, my fingers danced on the keyboard. I wanted… Continue

We all have them don’t we? First row, the view is great, and the seats comfortable—our TV screen provides all, or nearly all amenities you’d find in the arenas in China.

Don’t you love the excitement, the anticipation and the thrill of watching the United States team move toward the finish line?

No different for you and me—we dash off to the next task, next goal, next milestone, next achievement. Phew! But when we get there, a gold medal… Continue

European Tours You Can't Pass Up

Sounds inviting, doesn’t it? I was a bit envious when a friend related her recent European tour. She described some delightful details. But the best part was that this great escapade was her husband’s surprise birthday gift. “The only thing is,” she said, “was that the trips from city to city required long bus rides.”

I know the feeling. The few times I rode in a bus going from point A to point B were endless, boring, hugely monotonous, and fatiguing. I could say I don’t know why,… Continue