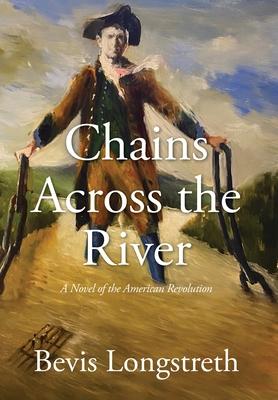 This powerful and historically accurate book by retired international lawyer Bevis Longstreth tells the story of the incredible Machin Chains. Bevis Longstreth has previously authored three books of historical fiction, Spindle and Bow, Return of the Shade, and Boats Against the Current. Father to three children, and grandfather to nine, he lives in New York with his wife Clara, and dog McKenzie.

The protagonist, British born Captain Thomas Machin, was a brilliant engineer, enlisted in the British Foot, and posted to Boston, Massachusetts. However, disgruntled and disillusioned, the redcoat deserted, and like many others joined the patriots of the Continental Army.

Hearing of Thomas Machin, and impressed, in 1776 General George Washington summoned him and instructed him to design and install obstructions to stop the British Armada gathering in New York Harbour. This was an important commission because the Hudson River was an essential transportation route for the British. The waterway enabled the New England colonies to receive essential supplies, and therefore its obstruction would disunite them from their other colonies.

Thomas Machin, rose to the challenge, and the Machin Chains were conceived. However, their construction and installation proved to be a mammoth task. It is through the transportation and installation of these, and other events, that the readers learn a lot about the hardships and life of the Continental Army soldiers. Notwithstanding the adversity and obstacles involved, ‘The Great Chain’ at West Point, was never breached, and remained in place until the end of the American Revolution.

Thomas Machin had two important women in his life, Elizabeth Van Horne (Lisa,) and Caroline Filippante. It is through his relationships with these women that the readers discover more about the women of this era. Certainly these two add spice to the story, and definitely dissolve the image of demure young ladies. They were strong, scheming, fearless females, and their antics and those of their families provide interesting insights as to how the upper classes ‘survived’ the revolution.

‘Chains Across the River,’ is the exciting tale of how a British deserters engineering accomplishments were an important contribution towards the American War of Independence. It will appeal to lovers of historical fiction. Highly recommended. 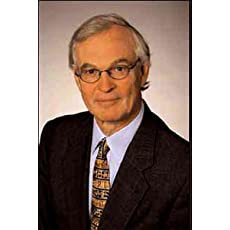 BEVIS LONGSTRETH is the author of three historical novels: Spindle and Bow, Return of the Shade, and Boats Against the Current. He is a retired partner of the international law firm, Debevoise & Plimpton, where he practiced for his entire legal career, except for Government service in Washington as a Commissioner of the Securities and Exchange Commission from 1981-84. He authored Modern Portfolio Management and the Prudent Man Rule (Oxford University Press 1987), a book arguing for interpretative change in the legal standard of care exercisable by fiduciaries responsible for other people’s money to reflect current developments in finance economics. He lives in Manhattan, New York with his wife, Clara, and their dog, McKenzie. They have three children and nine grandchildren. See bevislongstreth.com for further information about the author and his writings.

In the Revolution, a British deserter could become a traitor to the Crown by joining the Continental Army and there become a hero. Chains Across the River tells the enthralling tale of one such soldier, Captain Thomas Machin, a brilliant engineer of flawed character born, educated and trained in England. He enlisted in the British Foot and was posted to Boston, where he saw action at Breed’s Hill before deserting to join the Continentals.

Observing Machin’s engineering skill and practical bent, Washington ordered Machin to the Hudson River, there to imagine, design and install obstructions to block the British Armada gathering in New York Harbor. Both sides believed control of the river a strategic necessity.

The immensity of Washington’s charge was matched by Machin’s audacity in imagining obstructions capable of stopping an 850-ton warship under full sail and following tide. He installed a chain at Fort Montgomery and, when the British overran that Fort and cut the chain, he installed another at West Point.

Filling out the story of Thomas Machin are the unforgettable women in his life, Elizabeth Van Horne and Caroline Filippante.

Why historians devote little attention to Machin is explained by what didn’t happen on the Hudson. The British cut the first chain without testing it and never sailed against the second. Washington and Machin understood the chain could deter without being tested. In these pages the known facts about Machin have been woven into an Homeric-like tale of daring, adventure, intrigue and triumph.