From The Front Porch: The Day After History Was Made 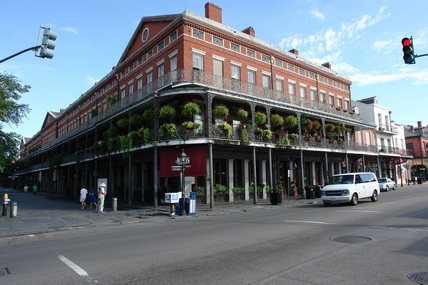 From The Front Porch: The Day After History Was Made


It was a day that was to be unlike any other
For it was the day a new Chapter in this life book
Was about to be written a new verse soon read
To be written with raw emotion and imbued
With quiet silent power where the vote that
Would soon rewrite all American and Global
History would with such certainty..finally be said

As I looked around me I saw anticipation
Anxiety hope frustration exasperation and
Steely patience..Written on the face of many
Who bravely stood in long lines with no end in sight
Yet on their brow was such a fierce determination
That they would not be so easily defeated in this fight

What power lying in the blood and tear
Stained ashes once shed..Had finally
Rose up and said..No more I have had
Enough..No more lies no hate no division
Will defeat nor deter my focus not on this day

Not until my generation has stepped up
And resolved to do what we know is right
A voice spoken with this tiny vote unleashed
For you will hear my roar when I say..enough
When we change this long awaited day into night

Enough with all the stealing and lying
False promises fairness denied by
A den so full of self serving arrogant thieves
With no real connections to simple people
Or their long delayed hopes wishes and dreams
Looking for a fair day in which they could conceive
Embracing someone who gave them a simple
reason to hope..Once again a reason in which
To get up struggle and yet still simply want to believe

No one could ever steal or deny me this trust
So that is why I must say this today..I say enough
With my vote..I shall help to create a new way
With my one vote..I too will shout with a new voice
Until the entire world will soon hear me say

My ancestors once walked in the shadows
Some were invisible..told what they could do or say
But no no no no more I say..not for me not on this day..
For I vote with their Spirit their willpower..I say
Wrapped up in me..And my Joy joined together
With them as one..Who once struggled mightily and
Some even died..To help bring me here on this day
To rewrite this Historic day as a new Legacy
A gift from me for my Daughter and my Son

My parents have all moved on.They did
Not have a chance to see this son of theirs
Vote today..For in their day it was also pretty rough
But in my heart I know they still fought to
Stand with me as one..As I now cast this vote
So I finally to them am able to say..enough

But here we will stand as one on this day
By saying with one powerful unwavering voice
This is what I as an American can say with pride
Today this too is what I know must be done to rejoice
For all those who died so I could stand here
On this day..For it was their sacrifice that
Has now given me the opportunity and this choice

By saying enough.that is what I choose to pray
To shout out and say with this vote of mine
Now so fully on display..For all the world to
Finally see the perseverance so needed..to cope
How sweet the taste we can taste though oh so
Temporary in scale and scope..We now feel
On this truly special but oh so magnificent..
Beginning of a new day..For Yes We Can dare
To embrace the Audacity of Hope
Amen From the Front Porch: The Day After History Was Made
Authored by Daton O. Fullard
From The African Journals Vol I
"Things That I would Say To You If I Could"
copyrighted 2008 ©