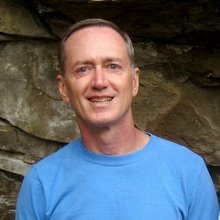 My friend Keith Pyeatt will be guest blogging here next week, so in anticipation, I thought now would be a good time to introduce him and his book.
Keith and I met online in 1997. He's the reason my suspense novel DEAD WITNESS has been so widely accepted; Keith spent hours critiquing and proofreading my manuscript before it went to press. He caught all those critical errors that would have doomed it otherwise. He'd hate me saying this, but he's one of the sweetest, most generous guys I know, and his contribution to my work cannot be measured. Thank you, good buddy. You deserve great success.

Keith is one of those rare writers who can spin a tale so moving and frightening that you're left wondering if you just read a story about real people in real situations. I'm awed every time I read one of his new manuscripts. In fact, I'm so impressed that I've been striving for the last 12 years to write at the level that Keith does.

Please give a warm welcome to an extraordinary writer...

Keith Pyeatt is a mechanical engineer turned novelist and freelance editor. He was born, raised, and educated in Texas and since has lived in Massachusetts, Vermont, and now New Mexico. Though a fan of many types of novels, he was always especially drawn to paranormal novels and psychological thrillers, so when he began writing in 1996, he combined elements from those genres into his work.

Keith's novels have won awards in major, national writing contests. He is an officer of SouthWest Writers, one of the largest writers' organizations in the country, and he enjoys attending writing conferences and programs as a presenter or panelist. He addresses various subjects including how to participate in and benefit from a critique group, developing the concept for your novel, using paranormal elements, writing effective dialogue, working with small presses, and more. Email Keith to discuss having him participate in an upcoming conference, workshop, or program.

Here's what a few others thought:

"A skillful melding of Native American mythology and suspense is what you'll find once you start reading Keith Pyeatt's STRUCK. And, once you start reading, you'll also find you can't stop. Masterful storytelling from a new author you're sure to hear from again!"
--Rick R. Reed, author of IM and Deadly Vision:

A POWER AWAKENS, A DESTINY BEGINS.

When lightning strikes Barry Andrews as he hikes among petroglyphs in Albuquerque, it's more than an accident of nature. It's a calling. The surge of energy awakens abilities he's carried since birth. Earth's fate is now tied to Barry's, and Barry's destiny is linked to the past.

A thousand years ago, the ancestors of the Pueblo Indians built an advanced civilization in Chaco Canyon. Seeking to tame their harsh environment, they used the precise alignment of their pueblos to tap into powers they ultimately couldn't control, and their meddling almost ended life on Earth. The Anasazi abandoned Chaco Canyon to prevent future generations from repeating their mistake.

But the pueblo ruins still hold power, and the desire to control it remains strong. One man, driven by greed, ignores Anasazi warnings and exploits the ancient secrets of Chaco. Now Barry must join forces with a Native American elder, accept his role as warrior, and save the earth.