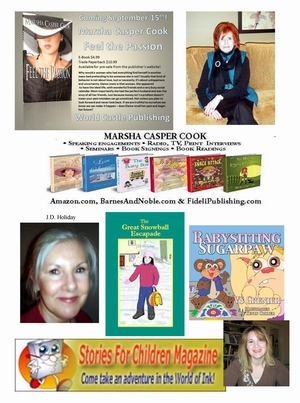 Join V.S. Grenier and Marsha Casper Cook on December 5 at 1PM EST 12 NOON CST - 11 AM MT -10 AM PST for a special edition of World Of Ink Network as they welcome Emma Dryden. Also on the show and part of the discussion will Jan Britland. This is one show every children's writer should listen to. Emma has an incredible resume. Before she graduated college she landed an internship as a “jack of all trades” assistant at Viking Children’s Books and once she earned her B.A in English Language and Literature from Smith, she became an Editorial Assistant at Random House Children’s Books. She was then hired as Associate Editor for the legendary Margaret K. McElderry, whose imprint was part of Macmillan Children’s Books, and was later named Senior Editor of the imprint and was then made Vice President, Editorial Director, and in 2005 I became Vice President, Publisher of Atheneum Books for Young Readers and Margaret K. McElderry Books, imprints of Simon & Schuster Children's Publishing, a position she held until 2009

You can check out Emma's blog - http://emmaddryden.blogspot.com/