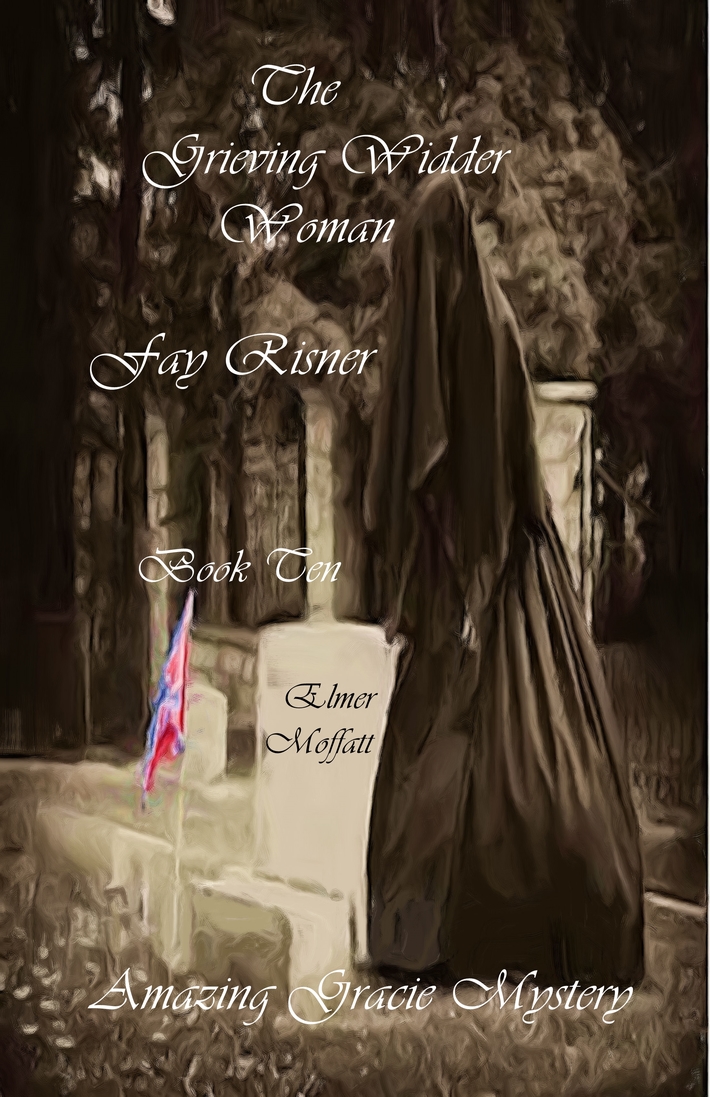 Once again American's Miss Marple, Gracie Evans is running down clues to a mystery - Locked Rock, Iowa's town drunk's disappearance. She has the help of her two coharts – Melinda Applegate and Madeline Patterford. Gracie doesn't sit and knit like Miss Marple. Instead, she rocks and dozes while she dwells on the mystery at hand.

Join Gracie Evans in solving this latest mystery – book 11 – in the series Amazing Gracie Mystery – set in a small town in Iowa in the early 1900's.
Amazon link for paperback and ebook
https://www.amazon.com/s?k=The+Grieving+Widder+Woman&i=stripboo...

Barnes and Noble for paperback and ebook
https://www.barnesandnoble.com/s/The+Grieving+Widder+Woman?_request...

The Grieving Widder Woman was my entry in the National Novel Writing Contest in November 2018.

Synopsis for the book
According to the gossips, they haven't seen Florence Moffatt's husband, the town drunk, staggering home in the wee hours of the morning for days.. They ask Florence where Elmer is. Florence says he's away on business which makes Gracie Evans scoff that Elmer never worked a day in his life. One day Florence shows up at the Bible Study group in black widow weeds and announces Elmer passed away in Cedar Rapids. She's going to bring him home in a rented wagon. Women frown when Florence says her friend, Preston Terrell, is going on the trip with her. When asked what caused Elmer's death, she gives anyone who asks a different story. When she arrives back in Locked Rock in a week's time, an expensive, walnut casket trimmed in gold is in the back of the wagon. The town turns out to help Widder Moffatt mourn at a nice funeral for good for nothing Elmer Moffatt. From then on, Gracie and her friends see Florence spending her spare time by Elmer's grave, crying and praying. Gracie wonders what Florence's problem is and decides to find out. How could the Widder Moffatt be confused about how Elmer died? Florence should be so glad to be rid of him that she shouldn't have to play the part of The Grieving Widder Woman.

Here is the first chapter of the book

I hope readers enjoy my latest cozy mystery. Here are the links to find the book and ebook.