This attachment is Page 1 of Singapore Society of Writers magazine, when Mr. Kutty was the President. After his demise about ten years ago, Don, an Indian said he was the President. Later on, again, without any election, Maurice (a Chinese) took over as President.  If you are a member of this society, please contact me via email as we need to find out why the Society of Singapore Writers (SSW) suddenly vanished. According to Mr. Kutty, there was still over $30,000.00 in the account of that society.

According to the Singapore Laws, when any non-profit organization needs to be closed up, the assets of that organization must be donated to a charity organization. The members cannot simply distribute the money, and other assets, among themselves and close up the organization. Moreover, when an organization sends its representatives to a bank to withdraw its fund, the bank officers will not know whether those officers are the genuine ones or the elected ones. The officer simply checks the names and the signatures and then release the fund. For an organization to be wrapped up, a general meeting must be held and majority of the members must agree to the intention by casting votes.

Regarding the report on SSW, there are many questions to raise:

8)   What happened to all the assets of SSW?

Another means of cheating:

There were several cases of sellers cheating the buyers at a shopping mall in Singapore.  One of the cases involved a buyer who bought a hand-phone, and after paying almost 1000 US dollars, he was told to pay another over 1000 US dollars for the warranty of that phone. And the purchase could not be cancelled to have the money refunded. One guy turned to social media to rally help for that tourist, is that wrong? If he were to report to the Consumer Association, that case would take a long time to be resolved. Some authorities  seem unable or unwilling to resolve the issues brought to them. Dubious business practices must be penalized. Since management cannot evict tenants, or force landlords to blacklist unethical businesses, the existing laws need to be corrected. We publish information. What others do is not our business, though we may receive lots of phone harassment at times.

Legally guilt must be conclusively proven before punishment is meted out. How many months will that be? Who will pay for the expenses for the tourists to come back and stand as witness?

There were many others who came forward to say it was wrong to publicize the cheating case on the internet. The anonymous rabble-rousers, are citizens hiding behind fictitious profiles. They support errant retailers because they are their cronies. We have to pluck up the legal loopholes that allow rogue businesses to continue operating and regain the public trust. 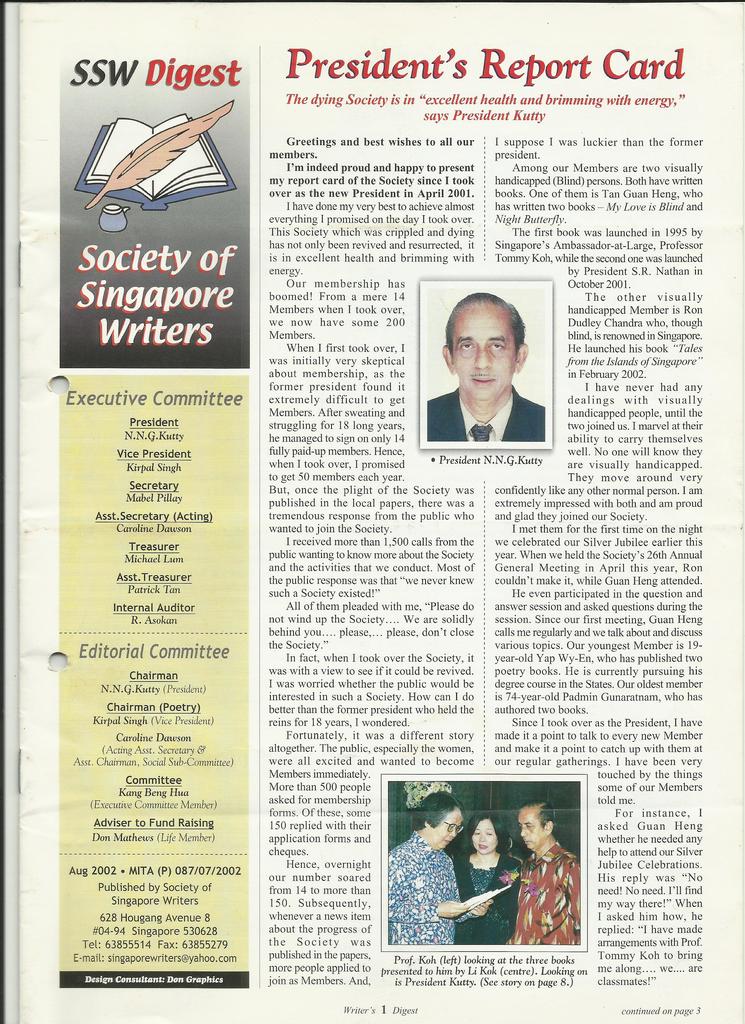 Do you have an informed group of members who understand their rights and responsibilities?

There are many questions to raise regarding this SSW:

If you want to read the other pages of the SSW Digest, please give me a shout.