I don’t know how to begin….ah. Well, my name is Andy, Andy Riley actually and I’m a little nervous, never spoke to this many people before you know. I’m filling in for Martin Bartloff today who asked me to introduce myself to ya’ll and say a few things about fantasy and stuff.

I grew up in Virginia and lived there most of my life. At seventeen I moved in with my aunt in Baltimore. That wasn’t my idea and I didn’t want to, but my aunt made me. She threatened to call the police if I didn’t get on that train. I don't like her; she was very mean to me and treated me like a moron. I ran away after ten days of pure ugliness, got back on a train to Virginia. Not sure that was a good thing though. I made some bad decisions, but you can believe me, I’m not a bad kid!


Hey when I was nine I had a video game called Final Fantasy, does that count? No? Well the game sucked anyway and I joined a soccer team for a while to get out of the house. That reminds me. Have you ever been soaked in a rainstorm so bad, the wet clothes felt like you weigh three times as much as normal? I have! 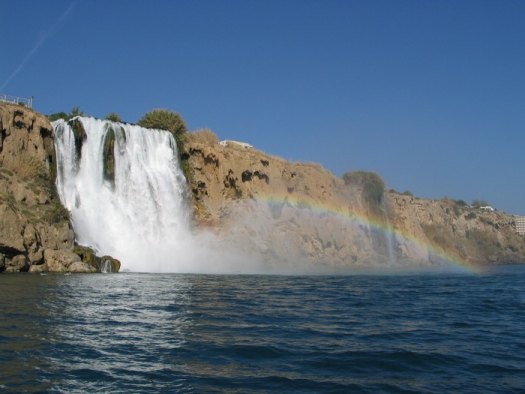 Once I went on a long trip with my friend Jason and his parents, the Mitchell’s. We drove on the Interstate for hours. I was so bored and stared out the window the whole entire time when suddenly I found myself in a fantasy world. I was at this beach and there was a humongous waterfall crashing into the lake. There were great looking girls all over the place, a ten foot table with the finest foods imaginable. My dad waved at me from a balcony of a gigantic mansion and my mom was planting flowers in a garden as big as a parking lot. Great isn’t it? I think we were rich or something. I had my own yacht and the guys who used to bully me growing up were working for us as servants. They were preparing a bonfire for a huge party we were having that night.

Jason was there, fishing off a boat in the lake. He reeled in one catfish after another and they were all as big as sharks, just like he always said. It was a fantasy world with no worries. I leaned back in my beach chair, enjoying the great view, sipping ice tea. Then a female voice whispered softly through the sound of the waterfall. “You…strong... Andy.” I couldn’t understand what the voice said, so I leaned forward. The voice became louder, repeating the same over and over again. “You have to be strong now Andy.” The voice was my mom's. I turned to look and my mom was no longer in the garden anymore, and there was no garden, mansion, or yacht. Everything was gone, only Jason remained on the boat in the lake, trying desperately to get my attention.

“Andy wake up, wake up dude wake up!”

I was scared so I yelled for my mom and dad, but when I opened my eyes Jason was right in my face.

I thought I had dozed off in the car, but Jason said I was asleep for hours. His mom handed me a bottle of water from the cooler. I drank and closed my eyes again, trying to return to my fantasy world, and my mom and dad, but I realized the sound of the waterfall was fabricated by the worn door gaskets of the Mitchell's rusted car and that my parents had both died.


If you want to know more about me you’re gonna have to read Martin’s YA novel “Torn from Normal” aka “Like a Snowflake in Summer.” I’ll be here all day, answering any questions you might have. Ask me anything you like, I’ve lost everything, time I got plenty.