One beautiful morning, there was no power supply and the very thought of it makes me feel sick. As I fought gallantly to grab hold of my miserable soul, a lady who had been in a man’s life, and had been bruised long enough to know that life is in phases and men are in sizes, stumbled into my office. By the time she was within my reach, sweat was pouring off her. I thought she had just come out of a pool and wanted to help herself to a clean towel.  I offered her a hand towel, which was my only benefit from a previously turbulent relationship with a woman who thought humbling a man would earn her a trophy.

There are dark people who take advantage of the weak. Once they smell blood, they go for the kill. The meal is stretched and made to go through the hole of a needle. I was a victim who rode on the back of a poor judgment. I thought I was a protagonist and the show was all about me. Painfully, my victory only existed in the fabric of my imagination. You can take advantage of people, especially a troubled mind, and they won’t care. Because they are blinded by their truckload of misfortune, they become mentally weak. A man who is ignorant is deficient.  So in order to survive public life, it is in our best interest to hide our imperfections.

She was terror and our romantic escapade illustrates the need for better grasp of this ever changing world. She took my dignity and served it to her bald vultures. She wore the trousers. The woman was given free rein and it leaves me with short quick movements from side to side or up and down until she pulled out the plug and the water drained away. She was in control of the monument between my legs and she responded tremendously to my breathtaking strokes. I could not resist her charm and the tenderness of her lips made me quiver at her feet. I could not resist her because she has a very savoury reputation that was taller than the pair of legs that carried me. She was strong and I was weak. Don’t cry for me. This is not a spell. She is only a woman who knew how to bring a man to his knees. She rode me in my weakness and pounded me as if there was no tomorrow. It was pleasure to bleed in her secret place and under her shadow were riches that only existed in the fabrics of my imagination. She always wanted to see me bleed and have her face covered in my own blood. Until death snatched her, she remained my strength.

Now, in my office was a woman that reminded me of the past. She reluctantly took the hand towel. She pulled the seat at the other side of the table and sank into it. She came for business. It was tough because she had no underwear to cover and support her breasts. This was reckless and my eyes betrayed me. They made me vulnerable and exposed my weakness to a woman that I was seeing for the first time. My large innocent eyes were properly entertained. Beauty is not cheap. It comes with a price!

She was elegant and her face shone like the rising sun. A man, whatever estate he occupies in this bizarre world, is trapped in a woman’s world to his untimely end or victory. I love nature. Life gives you everything including uncertainties but in the humble path of nature are hope and assurance. She was a gift from the gods and she knew that her beauty had swept me off my miserable feet.

“I guess you are Larry?”

There was silence momentarily. She swallowed hard and her eyes traveled round my office. I could hardly tell what was happening in her mind. Apparently, satisfied with what she had seen so far, she breathed deeply and then returned her gaze to me. Our eyes met as her face broke into a gap toothed smile. “I have read some of your books. You are a prolific writer,” she said and nodded gently.

“Thank you,” an exaggerated smile paraded my face. “What can I offer you?”

“Nothing! I want to do business with you. I am a book distributor,” she said. Chewing her lower lips, she threw out a question, “Do you treat people kindly?”

“Ah,” I chuckled and sat up. “I am not an angel but it all depends on what you want. “First, I don’t understand what you mean by treating people kindly.”

“As you know,” she leaned forward; exposing her breasts and it caused a commotion between my legs. “A woman needs attention…”

I interjected. “Everybody needs attention. However, we expect our workers to adhere to the company’s rules and regulations. We are a family here but we have limits.”

“That’s fine. You are a nice man, Larry. She glanced at her wrist watch and asked, “Can I use your rest room?”

“Yes, you can.” I pointed at the direction. She placed my hand towel on the table and slowly rose to her feet. I believe she knew what she was doing. It appears she was leading me into a trap and I was too weak to resist. If I was asked to place on a scale what I had gone through staring at the balls on her chest, they would break the scale. As she made for the door, I tried to avoid eye contact. What relevance does that mean when I was already burning inside of me?

She tried to open the door but it was locked. “Larry, the door is locked.” Her voice was as soft as a whisper.

“Oh! Sorry. I forgot that I locked it yesterday,” I remarked. I jumped to my feet and brought out the key to the door from my pocket. And then I approached her to open the door. As I got nearer, my elbow brushed her nipple and she let go a moan that filled the air.

She croaked, “Don’t get me in the mood Larry…”

I turned to her and we looked at one another in the eyes. “I am sorry. I did not mean to touch you.” 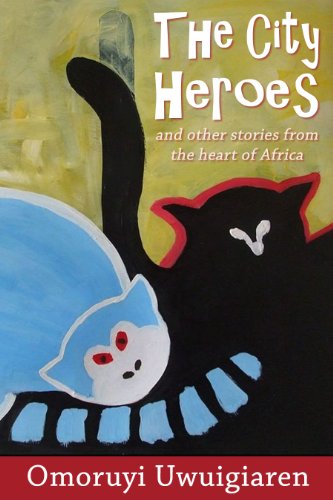 She shook her head slowly. “You got it all wrong, Larry. You just lied. You could not get your eyes off my breasts. Press the right button if you need me. Don’t burn!” She held my hands and moved them gently to her nipples. Her big tits were firm like precious stones. As I squeezed them gently, she moaned and fell on me. My guest was all over me as I managed to open the door to the rest room. We quietly entered and secured the door.

Her interest in me was purely sexual. We kissed as if we were a match made in heaven. Before I could blink, she pinned me to the wall and squeezed my balls until I elicited an agonized cry. In the pain was the fantasy that a man would wish he gets from his own because I was in paradise led by a woman who knew her job. She broke me and revealed my lust. I was turgid and she was winning. Slowly she went down and gently pulled my pants down. As my trousers hung loosely to my waist, my temple was invaded by the wetness of her lips. She worked me tenderly. She landed every single blow with precision until I walked into fantasy land. I was trapped in the realm and could not escape from the reality that my temple was under siege. As she pulled slowly back and forth, my phone rang….

You can also read the City Heroes.