Here are some Great Books that make Great Gifts!

Book #1
Buy the Book: Amazon
About the Book: Tuey's Course
Racial tension had been building for years near Prairie Winds Golf Course on the east side of St. Louis. In 2007, black… Continue 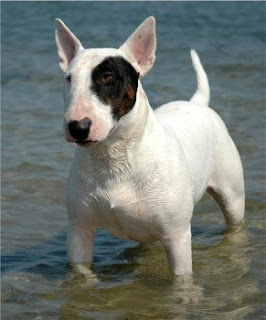 There are certain images that come to mind when I picture the all-American male. Naturally, I picture a group of good friends spending time on a golf course on a sunny Saturday morning. I also think of cruising down the back roads of a small town in a bright red convertible. And, of course, what guy is not complete without a loyal dog by his side? With this in mind, I certainly had… Continue

Determination and Positive Attitude Make a Difference in Fighting Cancer 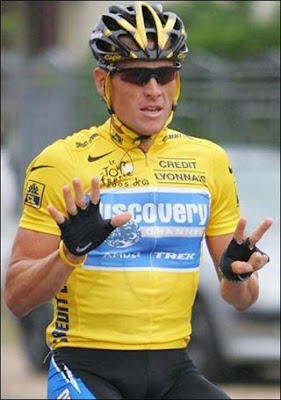 Every cancer survivor story offers points of inspiration and reminds all of us that determination and a positive attitude can go a long way in healing our bodies. High-profile celebrities, due to their fan base and their access to the media, can play a magnified role in educating people about the early signs of cancer and what we can do to improve our chances of staying healthy.… Continue

Review By:
Ladies on The Tee
A Golf Community for Women by Sherry Tabb
Website: http://www.sherrytabb.com/

First let me start by stating that I am in no way considered to be a book critic. However, I know what holds my interest and what does not. Having said that I recently had the opportunity to read, the… Continue

The Effect of Divorce on Children … Especially Teenage Boys 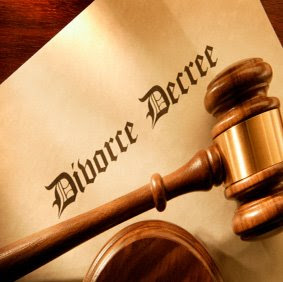 If you take a walk down the “Self-Help” aisle of the local bookstore during your next visit, you will find no shortage of text written on the difficult issues surrounding divorce and the children who are sometimes caught in the middle. There are books advising parents on just the right way to…
Continue

March Madness is Underway – Get Those Brackets Ready! 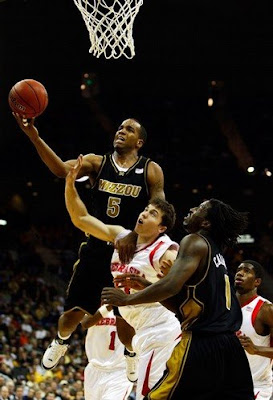 For college basketball fans, this week marks the best time of the year. The brackets for March Madness have been announced! Sixty-five teams will now take part in exciting, frenzied hard court action over the next three weeks. Who will be the Cinderella team of 2009? Which of the number one seeds will be the…
Continue

Reviews are Coming in and they Are Great

"I just finished reading Lifetime Loser. What a book! I really did enjoy it very much. How in the world did you get all the research done? It was incredible. Thanks for sharing these titles with us, I will be looking forward to… Continue

Creating Characters That Leave an Impression 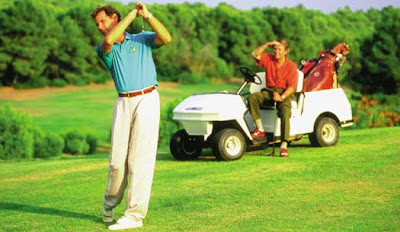 When I reached that inevitable midlife moment, I decided to take my life down a different course (appropriately enough!) and turn to writing. Through my three published novels, I have tried to deliver a message about…
Continue

The Masters Tournament is April 9-12
Why Do 27 Million People Find Golf So Fascinating?

James Ross has golf and writing in his blood. Ross is a 5 handicap duffer and a distant relative of Mark Twain. Like millions of golfers across the country, Ross is anticipating the first major tournament of the 2009 season: the 73rd… Continue 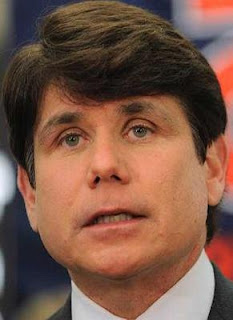 We have reached a certain level of cynicism concerning those who are given the charge of making the laws for our country. When we hear the phrase “corrupt politician,” we often think to ourselves, “Well, that’s redundant!” Many of us have approached the ballot box during an election with the resignation of having to vote for “the lesser of two evils.” Of course,…
Continue 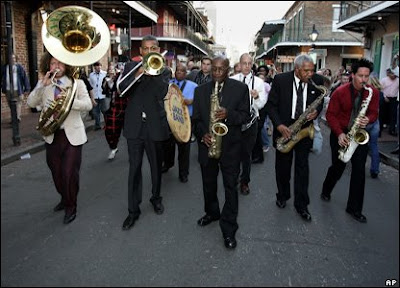 While Hurricane Katrina and the flooding that occurred in its aftermath occurred more than three and a half years ago, the effects are still being felt by many segments of the population in New Orleans. Some residents whose houses were completely destroyed by wind and water have established new lives in cities such as… Continue

Teeing off Against Corruption 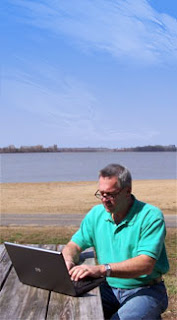 Your area golf pro shop seems like an innocuous place, but
it’s likely swarming with powerbrokers, movers and
shakers, and others among the local intelligentsia. Here,
important business…
Continue

Do You Have What It Takes to Qualify for the PGA Tour? 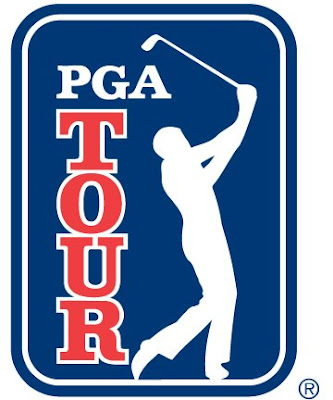 In order to earn the title of “professional” in most fields, there is a series of steps that one must complete. If you want to be a lawyer, you must first graduate with strong marks from an accredited law school and then pass the bar exam. If you expect someone to trust you with a scalpel in an operating room, I hope that you plan to take good notes in medical school,…
Continue 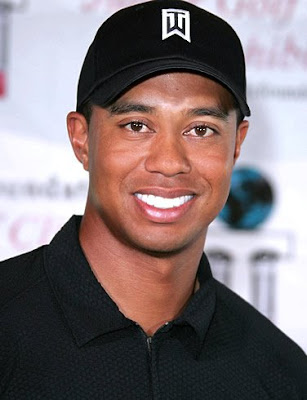 There are certain names that just come to be synonymous with their chosen profession. When you think of Academy Award-winning actresses, you think of Meryl Streep. I imagine that when there is a discussion of computers, the…

Want to Improve Relations Between the Sexes? Become a Writer!

There are countless books available that offer advice on how better to communicate with the opposite sex. Whether it’s learning from which planet a particular gender originates the foods that best symbolize men and women, or the ways to decode what a particular comment REALLY means when coming from the mouth of the opposite sex.

If you are not a fan of… Continue

Teenage Pranks Can Have Serious Consequences 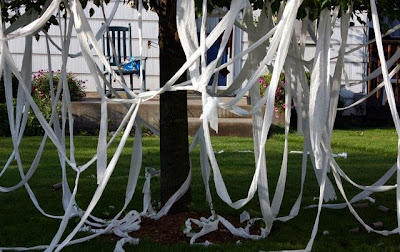 There are few among us who were not a participant in at least one silly prank as a teenager. From the wise decision to waste dozens of rolls of toilet paper by throwing them in a neighbor’s tree to using mailboxes as target practice to the time-honored juvenile practice of sticking a silly note on the… Continue 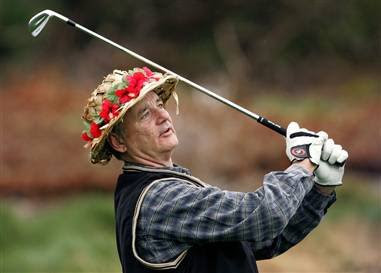 Walk onto any golf course in the world and you will find the perfect environment on which to make wonderful sociological observations. You may find the group of young professionals who drink a few too many beers and talk about their wild weekend nights. There will be the foursome of retired gentlemen who complain about the City Council and the ridiculous property tax…
Continue

Use of St. Louis as a Backdrop for My Novels

I am pleased to announce that I recently had an article published through several online directories which details why I incorporate my hometown into the novels that I write. I grew up in St. Louis and call it my home to this day. I am proud that my three books have featured both St. Louis and my passion for golf. It means a lot to me to be able to showcase this wonderful Midwestern city, as St. Louis has shaped my values and my interest in… Continue

For fifteen years on the outskirts of St. Louis, J. W. Schroeder (J Dub) ran a worn out golf course that sat high atop the Illinois bluffs of the Mississippi River. Then he learns that his partner had been skimming profits the entire time. But even worse, J Dub discovers that he was an unknowing participant in the swindle of an estate and that… Continue

When Frustrations with City Hall Lead to Violence 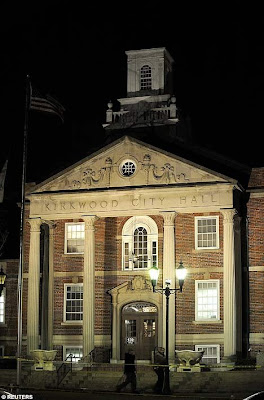 I am sure that, for all of us, there have been instances over which we want to scream at those guys at City Hall. Maybe your house has been zoned out of the school district for which you moved to that neighborhood in the first place. Is the City Council advocating the building of a new Wal-Mart over the very location where you like… Continue