Friendships are put to the test as dark secrets bubble to the surface, and things take a shocking turn that will force the women to pull together in an unexpected way. 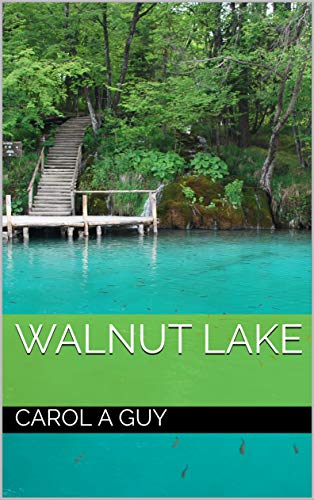 It was nearly dusk when he turned his silver Mustang off the main road onto the narrow lane leading to Walnut Lake. He'd had no trouble at all finding his way. That was because he had a good sense of direction. The two-hour drive from Columbus had been quite productive. It had given him a chance to refine his plans and make sure he'd left nothing to chance. Arriving on Thursday evening, a day before the others, would give him an opportunity to hide his car and find an appropriate place of concealment for himself. It also gave him a chance to examine the area in detail.

The sun was nearing the horizon when he spotted the covered bridge that would lead him to his destination. Tonight, he would eat and sleep under the stars. He'd brought along a small tent, sleeping bag and other supplies. He was an expert camper, having spent a lot of vacation time in the wilds of Colorado, Utah, Montana and Wyoming. He liked being out of doors, no matter what the weather. It made him feel free of the everyday problems plaguing his life.

He turned right just before the bridge and followed a narrow lane that sliced through a thicket of trees. Soon he came upon an area where he could conceal his vehicle. He quickly gathered his equipment. After locking the car, he made his way back to the lane. The lake looked to be less than a mile across and the water appeared clean and clear. The thick boards of the picturesque bridge squeaked beneath his feet as he trudged across.

When he emerged into a clearing, he saw cabin straight ahead, surrounded by woods. In the far distance he saw a line of tree-covered hills. He climbed until he was satisfied that he would not be detected. Hunger rumbled in his stomach. He was looking forward to his dinner then a good night’s sleep. He would need his rest. Tomorrow would be a busy day.

Available from Amazon Kindle at: www.amazon.com/dp/B08K3Q6MH3