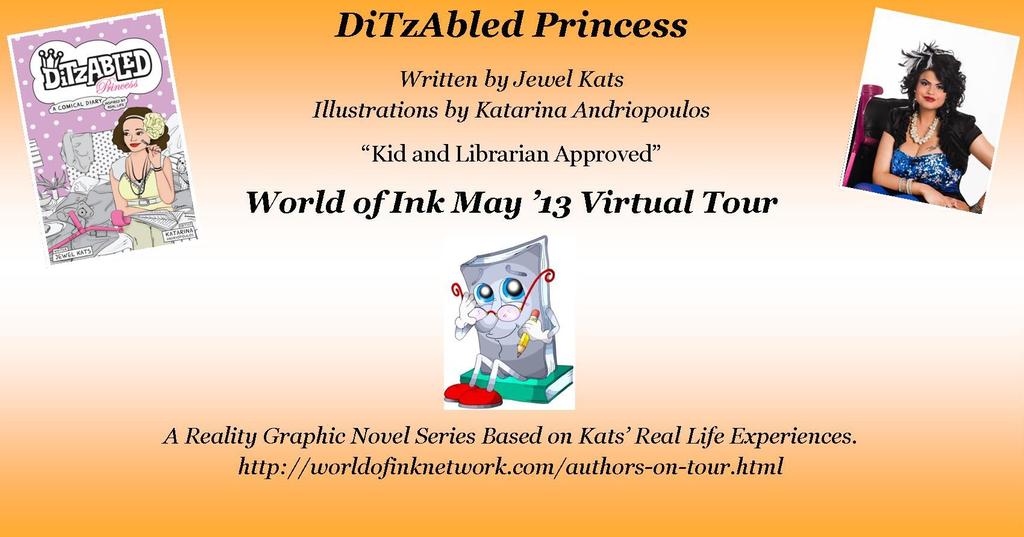 The World of Ink Network will be touring Author Jewel Kats’ reality-series graphic novel, DitzAbled Princess: A Comical Diary in May 2013.

"DitzAbled Princess" comes out as a web comic on Tapastic.com and Marvelous Spirit Press published a graphic novel based on this character. It's a hybrid of a women's comic book meets graphic novel. 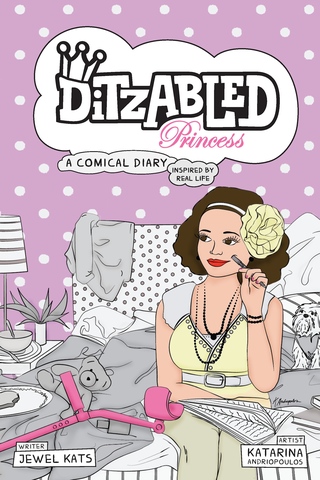 A reality-series comic strip based on Award-winning Author Jewel Kats’ life. Jewel at 33 is a Princess in her own right. She's a fun-loving, demanding Diva who loves to shop as much she loves to write. Jewel is the apple of everyone's eye--be it her doting family, her doctor for her never-ending bowel issues, her pushy book editor and especially her frugal husband's soft spot. So, what's Jewel 's weakness? Her pet dogs: Snowie and Dolly. Particularly, naughty Snowie who is known to pee wherever he fancies--including Dolly's face!

For Jewel, her physical disability doesn't dampen her spirits. Rather, it enhances them. She gets to use an unusual fashion accessory (Imagine: A hot pink elbow crutch.) She gets out of doing housework. She gets carried up-and-down stairs like a Princess a la command. Jewel may be horribly messy, terrible with numbers and a workaholic, but nobody can imagine life without her. Not that she would let them, anyway! She has a big mouth, remember?

The book is a quick, fun read.

Katarina Andriopoulos has made art her life’s passion. Her beginnings started with a crayon in her hand, and resulted in a Graphic Design diploma from Durham College. Along the way, she’s been ­honored with various awards, including: “Most Vision” by the Durham College’s design faculty and had her portfolio featured at the Design Exchange (DX) in Toronto. She also interned as a Graphic Designer and Illustrator at Intellectual Design studio in Toronto, Canada after which she went to work as a freelance graphic designer and illustrator. Her past clients include: The Shopping Channel, Botanico Creative Decor and various specialized boutiques. She’s always ready to conquer new creative challenges, and hopes to take the art industry by storm!

You can find out more about Jewel Kats, her books and World of Ink Author/Book Tour at http://tinyurl.com/cplfx6g

To learn more about the World of Ink Tours visit http://worldofinknetwork.com