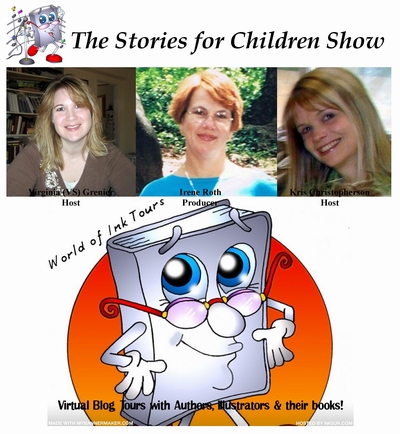 Natasha Yim is a children's book author and freelance writer. Her first book, Otto's Rainy Day was published by Charlesbridge Publishing in 2000. It was selected as a Kids' Pick of the Lists. She has written for Highlights for Children, Appleseeds and Faces magazines, and her new picture book biography, Cixi, The Dragon Empress was

released by Goosebottom Books in October 2011.

Gretchen Maurer's writing has been published in Frances Mayes' The Discovery of Poetry, and in Adventure Cyclist and Highlights for Children magazines. She also co-wrote a short film, Alma, that has won multiple awards. Mary Tudor, "Bloody Mary" is her first picture book. She lives in Northern California with her family.

You can find out more about Natasha Yim and Gretchen Maurer’s World of Ink Author/Book Tour schedule at http://storiesforchildrenpublishing.com/YimandMaurer.aspx. There will be giveaways, reviews, interviews, guest posts and more. Make sure to stop by and interact with Yim and Maurer, along with the hosts at the different stops by leaving comments and/or questions.