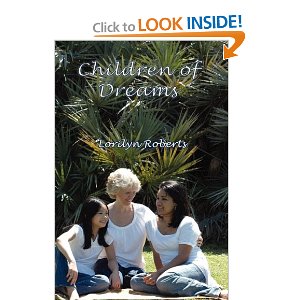 Children of Dreams – Review by Martha A. Cheves, Author of Stir, Laugh, Repeat

‘Nepal is the forty-eighth poorest country in the world. Out of a
population of eighteen million, six million drink water we wouldn’t give
to our dogs… later I would find out what drinking contaminated water
could do to a seven-year-old child…. Nepal’s per capital income was only
$180 per year, one of the lowest in the world and the lowest in South
Asia, where the average per capital income was $350 per year. Of its
eighteen million inhabitants, half live in abject poverty.’

‘I was surprised by my first impressions of North Vietnam. I had
expected to see more than just vestiges of communism as a result of the
Vietnam War. Quite to the contrary, the Vietnamese had adopted a lot of
our Western culture – selling our music, speaking our language, and
owning their own shops, resulting in a vibrant, capitalistic economy. My
uneducated mindset of a people living in apathy or without freedom was
turned on it head as the North Vietnamese appeared to be hard-working
and content. They showed an endearing love for their children, were kind
to me, and harbored no ill-will toward Americans.’

What would entice Children of Dreams Author Lorilyn Roberts to take a
trip to Nepal, which is a small country positioned between China and
India, and then to Vietnam? Children! Lorilyn’s ideal future, consisting
of a happy marriage, advanced education and a family came to an end
when her husband asked for a divorce. This was the man that she had put
her own education on hold for so that he could go to medical school. And
to make matters worse, shortly after the divorce, his girlfriend gave
him something that she had not been able to: A child, Here she was with
nothing but dreams that would never come true. At least that’s what she
thought.

Her life was revitalized when God showed her a picture of a 3 year old
little girl living with her father in Nepal. The only future this child
had was unsanitary living conditions and food, then death. It would be a
miracle if she lived to be 7. Lorilyn knew, after seeing this child's
picture, that this would be the daughter given to her by God. Then,
several years later, Lorilyn received a picture of another beautiful
little girl living in Vietnam with her birth mother who could not
provide for her. So now Lorilyn would have her family. Two beautiful
daughters that would grow up knowing the love of a mother and the love
of God. But these daughters didn't come easy. Nothing had prepared
Lorilyn for what she would face while rescuing her daughters out of
their dark world of poverty.

Through her journey of adoption in Nepal, Lorilyn was faced with
problems that would have caused most of us to walk away from the idea of
adoption. But through her determination and her strong belief that God
had sent her to this poverty stricken country to rescue one of His
children, Lorilyn stays to the end. Even later when she made her trip to
Vietnam to rescue Joy, who would be her second daughter, she finds
herself facing problems but of a different type. In Nepal she had to be
content with the filth not only of the living arrangements but also the
food and water. In Vietnam she must deal with an adoption agent that
isn’t quite on the up and up. She's faced with deadlines, her adoption
being put on hold with a promise that the paperwork will be completed
soon, her being told that the child she was to adopt had been kidnapped,
and then the US Embassay warning that her agent was under investigation
and she may not be able to adopt this child that she had already grown
close to.

Children of Dreams is a true story of Lorilyn Roberts’ hardship as she
adopts her two beautiful daughters. I can honestly say that I’m proud
to, even slightly, be able to say that I know someone with such a strong
belief in God's will and one so brave. Her oldest daughter sums up her
appreciation for her mother with these perfect words:

When Manisha, Lorilyn’s daughter from Nepal was asked “What does it mean
to you to be adopted?” Her answer was “It means I didn’t grow in my
mommy’s stomach but in her heart.”

Comment by Lorilyn Roberts on August 9, 2010 at 11:31pm
My daughter's story will be featured on Animal Planet's show "Monsters Inside Me" on Wednesday August 25, 10-11pm EST. The episode number is 210, Shape Shifters (unless they change it between now and then, but this is what they emailed me today).

To celebrate her inspirational adoption and healing from a devastating illness, I am offering a free copy of Children of Dreams on each of my websites from now until the end of August. Here is all you have to do. I just posted a devotional on my website and blog, "Many Lessons for a Life Worth Living," and if you will leave a comment -- a quote, Bible verse, something the devotional spoke to your heart, I will enter your name into a drawing for a signed hard copy. If you go to both websites and enter a comment in both places, your name will be entered twice.

The drawing will be September 1.