After a series of misadventures including being accused of attempted murder in high school, Rayvin Woods, a photographer and natural witch, left her hometown of Talbot in Northeastern Ontario, hoping to start her life over and never return. Ten years later, circumstances force her back to face her past and her former crush Grant Michaels.

Malcolm de Sade, a cunning vampire, escapes from an underground prison looking for vengeance. His accidental release unleashes his hunger and ambition on a small, sleepy town. Rayvin’s power is all that stands between de Sade and his domination of Talbot, and beyond.

Grant Michaels, a police officer, thought Rayvin was a murderer. He will do whatever it takes to protect the community he loves from danger... but will he learn to trust his heart, and the word of a witch, before it's too late?

Rayvin didn't count on rekindling a lost love or battling a malevolent vampire and his coven for her life when she came home to Talbot. Facing the past can be a nightmare… It’s worse when a vampire is stalking you. 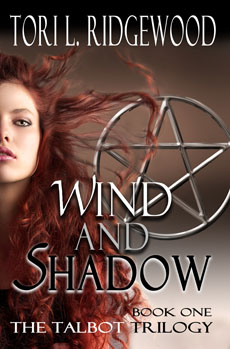