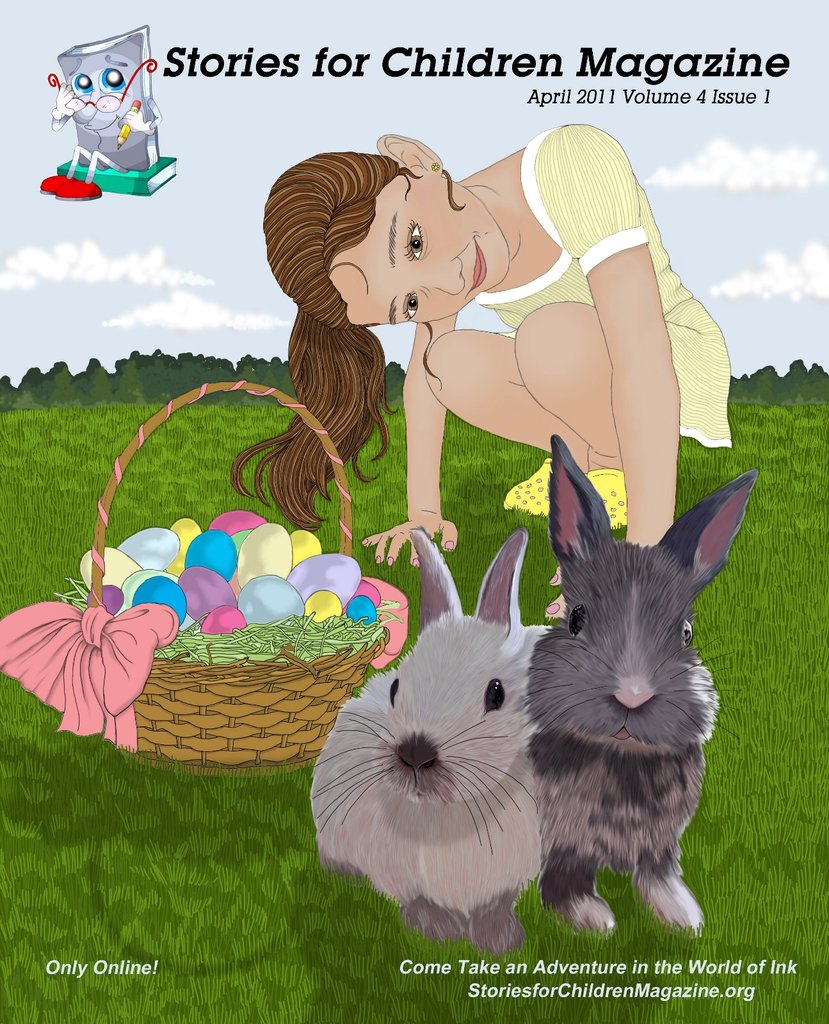 After a year hiatus, Stories for Children Magazine is pleased to announce its re-launch with the April 2011 issue. This award-winning Ezine has delighted children around the world for three years, featured children’s authors and illustrators from top publishers to small indie publications, and given free worksheets to educators and homeschool parents.
Stories for Children Magazine’s April 2011 issue will feature award-winning author Janet Halfmann. Janet has more than thirty fiction and nonfiction children’s books. Before becoming a children’s author, Janet was a daily newspaper reporter, children’s magazine editor, and a creator of coloring and activity books for Golden Books. She is the mother of four and the grandmother of four. When Janet isn’t writing, she enjoys gardening, exploring nature, visiting living-history museums, and spending time with her family. She grew up on a farm in mid-Michigan and now lives in Wisconsin.
Even though you cannot buy the relaunch issue until April 4, 2011, you can still visit this fun, family friendly Ezine. “We’ll be posting book reviews, crafts, coloring pages and more for FREE each month,” states Grenier. “You can also meet our featured guests each issue month on our new Blog Talk World of Ink Network Radio show, SFC Magazine News at http://www.blogtalkradio.com/worldofinknetwork. Our show airs the 1st of each issue month. We also offer other family and writing related shows during the month as well.”
Stories for Children Magazine placed in the Top Ten for Best Magazine in Fiction, Nonfiction, and Poetry in the Preditors & Editors Readers Poll 2008. So come take an adventure in the World of Ink with Stories for Children Magazine – http://storiesforchildrenmagazine.org.

Learn more about Stories for Children Magazine at http://storiesforchildrenmagazine.org