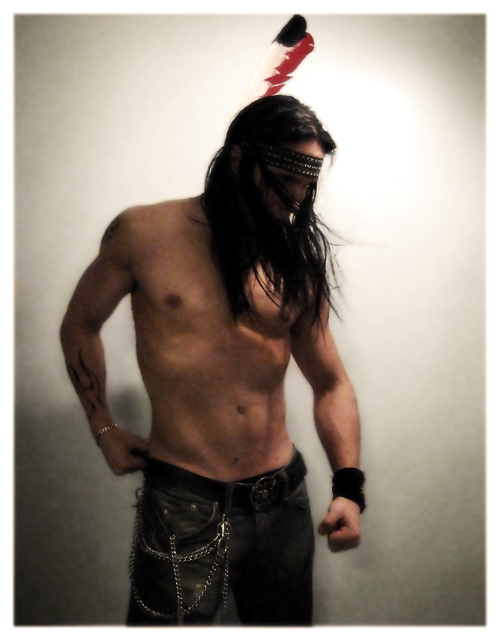 Where The Rain Is Made, a time-travel, shape-shifter has done very well in the market. Set in the American West at a time when Cheyenne Dog Soldiers ruled the plains, the novel has earned many five-star reviews. Where The Rain Is Made is now available at Amazon in print and in Kindle.

I highly recommend this story to all who entertain the possibility of time travel. Rachel P. Smith "Bitten by Books" Review Site

Ethan Gray wakes up after spending three very uncomfortable nights in a jail cell. A bar fight in a little town in Montana left him bruised and sore, and he must face the judge in the morning. As Ethan tries to find a comfortable position on his narrow cot, the sheriff brings over a visitor. Stands-In-Light, the Cheyenne medicine woman, is standing in front of Ethan's cell, letting him know that, once again, the Sacred Council of Arrows needs his services. He has made a vow to do all he can to help his people, so Ethan transforms into a raven and makes his escape.

As Ethan stands before the Sacred Council, he realizes his next journey will be quite dangerous, possibly fatal for him and thousands of the People. He accepts the danger but has no idea that his fleeting vision of "a woman with hair the color of the magpie and eyes greener than pine needles" will change his life forever.

This story was interesting. I was impressed with the way K. Celeste Bryan portrayed the different aspects of Ethan's character during his time with the Cheyenne. I felt the characters were well developed and realistic, and although this was a violent time in our history, the violence did not overwhelm the storyline. It was merely a part of the story, as common as clothing styles or food preparation.

I liked this Where the Rain Is Made very much. The historical aspects were interesting and provided a different viewpoint than our high school history books. I could picture the villages, the people, and Ethan's transformations from the descriptions. I highly recommend this story to all who entertain the possibility of time travel.

While the novel Where the Rain Is Made has a lot of passion it also has a gripping, original plot not to mention well wrought characters. Ethan Gray is a time wanderer chosen by the Sacred Council of the modern world to take the knowledge he has gained in his studies of the Cheyenne and return to the mid 1800s when his people faced so much danger from the whites and had suffered so much at their hands.

That was a difficult, often brutal world. In graphic prose the author shows the difficult, tenuous life of the Cheyenne, demonstrates their point of view and the reasons for their hatred of whites. She does this without blinking. The brutality whites and Cheyenne are capable of is not ignored.

In a raid by Meko (Ethan's name in the past) and his fearsome Dog Soldiers where many are slaughtered, he captures two prisoners, the beautiful Cesca and her young brother Marsh. It is through the lives of these three characters that the story is told. Cesca balks at becoming one with the tribe, but eventually acquiesces to her new life. Young Marsh finds the transition easier and wishes to go through the grueling ordeal that will allow him to join the Dog Soldiers.

Meko faces a conundrum. His stay in the past can end at any time the Council decides, but he has fallen deeply in love with Cesca, and she eventually returns those feelings. Meko has vowed to find a way for them to be together, yet the odds are against two people from different time periods.

Where the Rain Is Made is an edgy, compelling story -- a very solid tale and one rooted in history.

Francesca "Cesca" Duvall, her father and brother, Marshall were living in Denver City, Colorado due to the gold rush. The camp where Cesca and her family were living at gets attacked by Cheyenne warriors. Cesca and Marshall get captured and taken back to the Cheyenne village. There Cesca meets the leader. His name is Ethan Gray otherwise known as Meko. He is a skilled and powerful dog solider.

Instantly Cesca despise him. All she can think about is taking her brother and escaping. As the days pass, Cesca starts to adopt the Cheyenne people's way of life. She soon is wearing buckskin clothing and participating in their rituals. Just because Cesca is dressing and acting like the Cheyenne does not mean she has fully accepted Meko.

There is one thing that has Cesca occupied and that is finding a way to help her brother escape. When Marshall and Cesca were first captured so long ago; Marshall did not end up as lucky as Cesca. Marshall found himself a slave for Chocking Wolf. Chocking Wolf is one of the meanest warriors in the village. He hates the white people. Cesca helps Marshall escape. Now Cesca finds herself in a heap of trouble. The only way she can be saved is to put her trust in Meko as well as giving her heart to him. Will Cesca be able to do give Meko her mind, body, soul and most importantly love?

First off let me start off my saying...I loved Where the Rain is Made! I predict this book to be a best seller. It is so good that words can't describe it but I will try. I enjoyed everyone from Cesca to Meko and everyone else in between. I read the electronic version and at three hundred plus pages, I sometimes have a hard time sitting for so long staring at a computer screen but I have to tell you that when I began reading this book that I found myself glued to the sit. My husband ended up finishing cooking dinner for me as I was engrossed in this book. Where the Rain is Made is a pleasure to read. There are not many books that come along like this one but when they do, watch out. I am now on the hunt to read more books by K. Celeste Bryan.

I can't say enough about Where The Rain Is Made. You are one heck of a writer! I loved it from page one to the last page. Please tell me there is going to be a sequel. Please say yes. I can't wait for more. You have for a fan for life.

I just have to say I would and have recommended this book to all fans of paranormal and historical romance. Bryan writes a great story! This is the story of Ethan Gray aka Meko, a time wanderer Cheyenne Dog warrior, and Francesca Duvall, a white woman taken captive by him. The story starts off with Meko being sent back in time to try to save as many of the Cheyenne as possible but not interfere with the outcome of battles. Cesca and her father and brother live in Colorado looking for gold as so many settlers did at the time. The story starts off with action and I’m telling you it doesn’t stop until the very last period. The Dog Soldiers attack the mining community and she is taken prisoner by Meko. Her brother is taken prisoner by a more ruthless soldier and the same one that killed their father. Cesca and her brother go through so much after they are captured but she remains a strong heroine, and that is what I really, really like about this book. She does not cower, and only begs for her brother to be spared. I like the strength and that would be expected as she becomes the Dog Warriors wife.

Bryan had me go through a gamut of emotions with this book. I laughed, feared, cried, and there were so many moments of heart-wrenching emotion with the hero and heroine.

Bryan also introduced me to so many historical things I did not realize, ie: Dog Soldiers, had no idea they existed, she really did her homework on the back story here. There were many scenes with Indian celebrations and traditions. The story has a great twist at the end and I look forward to Bryan writing a story on Mountain Lion maybe?! I will be revisiting this book many, many times

Five out of Five Stars!