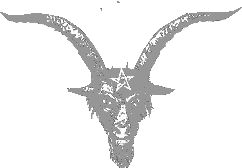 Alex Sumner has not received any gifts yet

Something About Me and My Book:
I am a novelist and writer on the subject of the occult. Having penned several non-fiction articles for the Journal of the Western Mystery Tradition (www.jwmt.org), in 2009 I released my debut novel, "The Magus."

I am also an amateur astrologer (predicted the result of the UK general election 2010 a month in advance), tarot reader, and ceremonial magician.

The Magus - an occult thriller set in contemporary London.

Police are called to a murder scene in Fulham. They find a dead body - but no evidence of murder. . .Two detectives struggle to find out the truth of the matter. But when a mysterious old man claims that the victim was killed by a Satanist, little do they realise their lives will be changed forever. . .

Opus Secunda
Nichola Peterson has been promoted to Detective Inspector and, with her new young partner in tow, is assigned to investigate a new murder case: that of a scientist who worked for a top pharmaceutical company.

But as she probes deeper, she encounters hostility and intrigue. Her investigation - and her love-life - become increasingly chaotic. And to cap it all: the mysterious Magus re-appears and reveals he was working with the murder-victim on a top-secret project...

This is the second book in the "Magus" trilogy.

Ann B. Keller said…
Welcome, Alex! Glad you could join us.

The cover for Opus Secunda keeps drawing me back for another look. Nicely done. This is the second book in the trilogy, too. Can't wait to see what the third one might be.