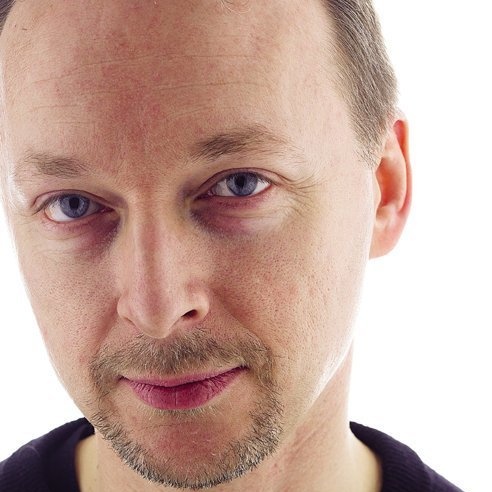 The EU and why I say...vote leave

I refuse to sit on the fence on the most important vote in our lifetime. If democracy and self-government are important to you, if protecting industries and the NHS is important, If avoiding the odious US /EU trade agreement TTIP is important, if being able to sack failing politicians and voting in new politicians is important then there is only one vote and that is a vote to leave the EU. We won't be leaving the continent of Europe, we won't stop trading with Europe but we will be free to trade with the rest of the world without the EU's onerous restrictions.
The EU already has one flag, a national anthem, an army about to be announced and a future of a single state with no borders. It has expansionist hunger last seen which led to a world war and clearly would allow any old country to join regardless of it's financial strength or weakness, just to increase it's size. Financially it is a crippled behemoth. Britain will be forced to pay extra to make these weak countries stronger while our own services crumble, while our roads fall apart, while our NHS dies. If Greece defaults on the punitive austerity payments they are being forced to pay by their EU 'friends' especially Germany, the house of cards that is the Euro currency could implode and thank god we didn't join that when PWC, the city bankers, various trade industry bodies and so called financial experts were all campaigning for us to join the exchange rate mechanism and surrender sterling - the very same people now saying we should remain in the EU - why? Because they become extremely wealthy through the EU or get massive amounts of funding to keep them rich and us poor.
A vote to remain is a vote for David Cameron, city bankers, and an anti-democratic state, the wholesale abandonment of our sovereignty to a single un-elected United States of Europe, which happens to be just ahead of the Antarctic continent in terms of growth (just ahead), a European army that will threaten stability with non-EU neighbours. An un-elected super state bleeding us dry, while forcing through an army which we have no control over.
I've not even talked about borders or immigration, because let's be frank, to offer any thoughts on this subject makes you an out and out racist or bigot. The truth can sometimes be very uncomfortable for the politically correct. So forget immigration and look at what you stand to lose in terms of democracy and if god forbid we do vote to remain (especially after the Government so slyly moved the time to register to vote by two days) don't complain when you wake up on the 24th June or soon after to news of an EU army being formed and voted through by only 9 members of the EU not the 28 countries that usually have a veto on such important matters...but then again democracy doesn't count for much in the EU. You voice certainly won't...Keep you voice, keep your democratic right ...
vote leave

The Year of the Derivative Title

Scene: Marketing room at a Major Publishing House
A boardroom with five white middle to upper class people, discussing a title change in order to launch a book
Rodney: Brainstorm guys!
Lucinda 1: Thought shower Rodders, Thought shower.
Lucinda 2: Yeah, Roddykins think of all those poor darlings with epilepsy or ADD or...ooh, shoes. (Lucinda 2 stares off into the distance.)
Lucinda 3: I’ve got it...(Lucinda 3 stands and walks to the flip chart, grabs a permanent marker and writes, The Girl. She sits down clearly exhausted.) Phew...blood rush.
All three Lucinda’s laugh and for some inexplicable reason Rodney turns red from the neck up.
Piers: Is it enough?
Lucinda 4 enters the room carrying a tray with a bottle of Bolly and six glasses: Have I missed anything?
Rodney: Lovely Lulu has come up with a spiffing title for our new thriller but Piers is concerned.
Piers: Is it enough? I mean with Gone Girl, Girl on a Train, The Girl with the Dragon Tattoo, The Girl Who Was Saturday Night
Rodney looks puzzled
Piers: Not one of ours Rodo! Savage Girl, Wartime Girls, Girl Interrupted, the list goes on
Lucinda 2: What about?...(stares of into the distance once more)
Lucinda 3: The Gone Girl On A Train With a Dragon Tattoo On A Saturday Night
The whole room turns to look at Lucinda 3, seriously contemplating her title idea
Piers: But what’s it about?
The 4 Lucinda’s respond “Who cares, who has read the bloody thing anyway” and cackle
Piers: shrugs and sweeps his foppish hair back from his eyes: Open the bloody champers, time to celebrate!
Rodney: We’ll print a million, chuck a few hundred grand at it and see what happens eh? Tube posters everywhere, lots of bus advertising and let’s give away 40,000 to generate word of mouth buzz. The buyers will love it!
Lucinda 4: It always seems to work Rodder’s!

Darren Laws has not received any gifts yet

Something About Me and My Book:
I am a fiction writer specialising in crime fiction but dabble with other genres in-between.

Crystal balls or no balls at all…The future of publishing.

The London Book Fair is one of the most highly anticipated events in the calendar year for publishers, authors and anyone connected with language and the ability to write captivating prose. As the event draws near the industry faces many new challenges, one thing that can be certain is that the Internet and digital technology is going to claim a bigger share of our thoughts and occupation. Sales of cut-price fiction in supermarkets, Amazon’s dominance of the book selling world on the net,… Continue

Karla Casillas said…
Hi Darren,
Thank you for accepting me as a friend.
Saludos

Thankk you for dropping by.

Darren Laws said…
Hi John, love the idea behind this socnet site. If anyone is going to the London Book Fair give me a shout and we might catch a cup of caffeine and a chat.