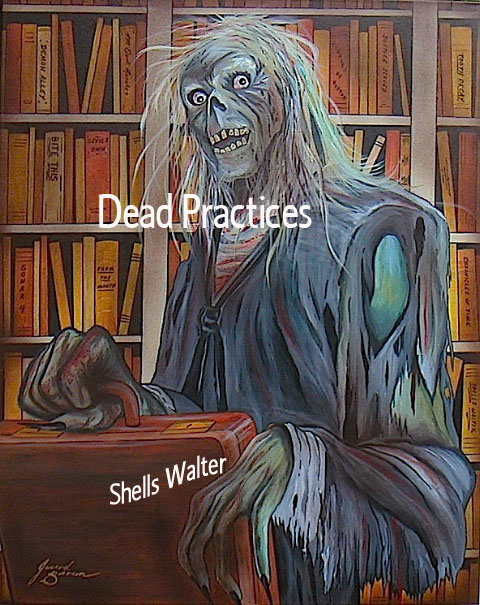 Shells walter has not received any gifts yet

Shells Walter started writing when she was about 11 years old. First came poetry. As a person at one time who was shy and had trouble communicating with others, Shells put her poetry as a diary.

Mostly dark poetry at first that even scared the school she was attending thinking she was going to do something awful.

As it turns out, Shells continued with her writing since she picked up her first story by Edgar Allen Poe at the same age.

She became enthralled with Horror writing and soon developed a much needed taste for it. Later on Science Fiction followed.

In 2008, she ventured into the publishing world with Sonar4 Publications a Science Fiction and Horror Publications company.

The idea expanded into several different publications housed under that company, staff and friends, sometimes both, have developed through this venture.

Soon she will dive into the film industry with Sonar4 Productions.

Both Sonar4 Publications and Sonar4 Productions will be housed under Sonar4 Enterprises.

Her interest in learning more about Jack the Ripper has found her in many a sites and adventures.

Shells still writes amongst everything going on and is participating in a few upcoming projects. Along with having a few novellas coming soon. And she doesn't plan on slowing down anytime in the future.

Link to Shell's site
www.shellswalter.com
with either banner